Why Poroshenko must take a strong stance on corruption 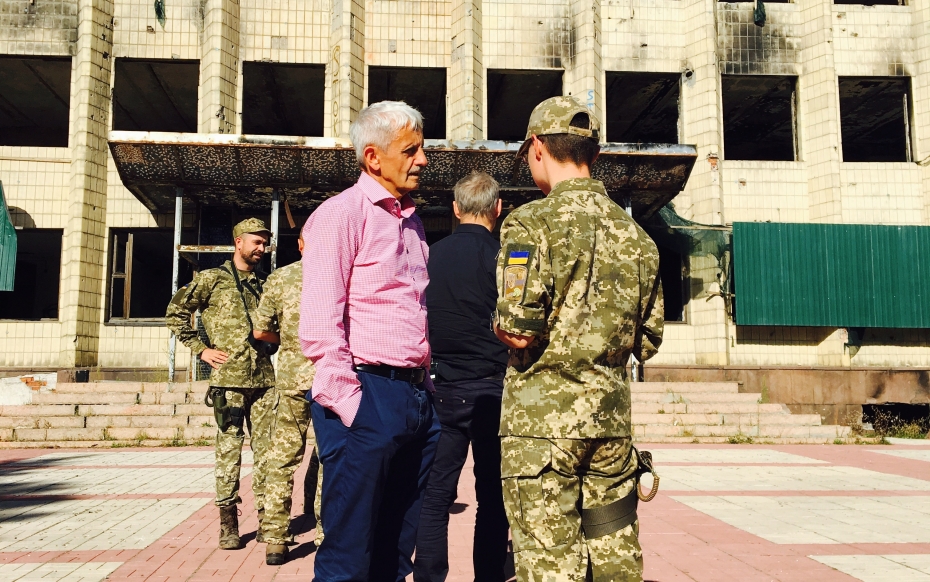 In mid-September, together with former NATO Secretary General Anders Fogh Rasmussen, chairperson of the Committee on Foreign Affairs at the German Bundestag Marieluis Beck, and former US Ambassador to NATO Alexander Versbow, I visited Toretsk, the so-called contact line in South-Eastern Ukraine. It is a line separating Ukrainian territory controlled by Ukraine from Ukrainian territory that Ukraine does not control.

We were brought to the Dnepropetrovsk airport from Toretsk by a Ukrainian military helicopter. When we descended from the helicopter, its captain asked Rasmussen to patiently listen to him for two minutes. The captain said to the former General Secretary of NATO and current advisor to President Poroshenko something along these lines: “Mr Rasmussen, I fulfilled the duty assigned to me. I safely transported you and your friends from point A to point B. But you arrived in point A 15 minutes late. This was very bad, because it made our big helicopter exposed to the attention of the enemy for 15 minutes. In a similar situation, I recently lost a group of soldiers who were shot down by the enemy because of the delayed take-off.”

It was only then that I understood why, after the helicopter got off the ground, its captain made several manoeuvres to change the flight direction and why for about 10 minutes we flew so close to the ground that we almost touched it. “But now comes the most important part,” continued the captain, “I know you are advisor to President Poroshenko. Show him this photo – the picture showed the captain with President Poroshenko during one of the President’s visits to Eastern Ukraine – and tell him that I am the soldier who was the first and the only one to speak up during critical moments on Maidan square, wearing the uniform of a member of Ukrainian Armed Forces, and I publicly urged the Ukrainian military not to intervene against the demonstrators. I am 53 now. I risked everything, my family, my work. I believed then and I still believe in democratic changes in our country. But please tell the President, because I cannot get near him, that if he does not do away with corruption, we will lose the war with Russia and we will lose our country. I earned 5 euros today for my service to you. But I’m not complaining. I did not do it for money. I did it because Ukraine needs your help, it needs the solidarity of the entire democratic world. I still believe that Maidan had and continues to have a meaning. But our President must take a strong stance on corruption.”

I decided to share this experience with the public. At home in Slovakia, in Ukraine and in Brussels. Because the future, and not only that of Ukraine, lies with people like the captain of our helicopter.