What money should and should not buy 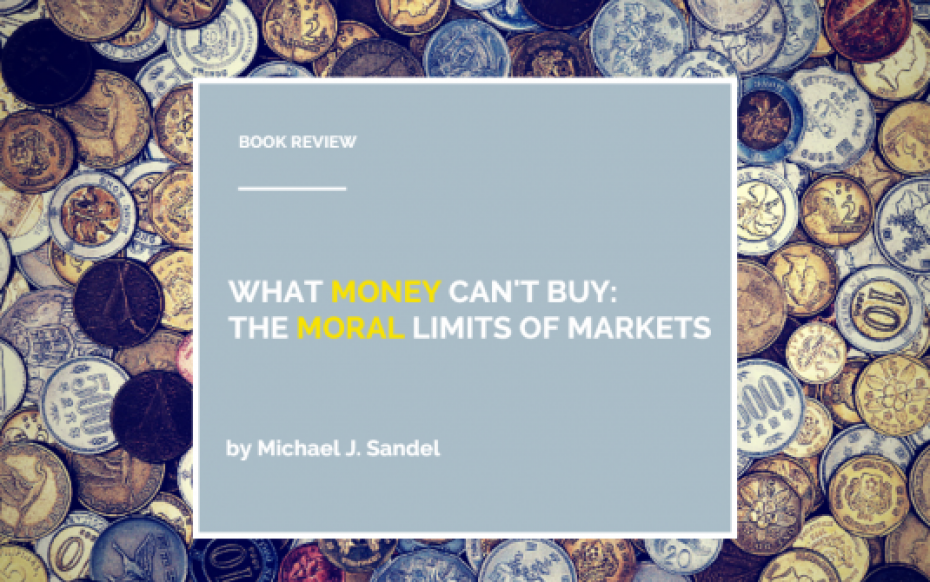 In What Money Can’t Buy, world renowned American political philosopher and Harvard Professor, Michael J. Sandel bravely takes up the challenge of trying to answer one of the fundamental questions of human history: what money should and should not buy.

Skipping the usual elaborate introduction, Sandel begins by illustrating how modern society has become a global marketplace where nearly anything can be purchased for the right price.  Sandel presents a collection of examples to strengthen his case.  For instance, so called ‘concierge doctors’ in the US now offer their services for annual fees ranging from $1,500 to $25,000. A move made possible by the fact that standard doctor’s appointments in the US often have to be hurried affairs because of the low reimbursement rate offered by insurance companies to primary care doctors for routine appointments. Those who are willing to pay the amount can count on “absolute, unlimited and exclusive access to your personal physician.” The drawback, of course, is that it’s unfair to those who are not part of the happy (wealthy) few.

Sandel continues by illustrating that as a result of this ‘marketisation’ of society, people are often happy to pay off the moral obligation to adjust to social norms if they can.  For example, introducing a fine for parents who came late to pick up their children from a nursery school did not reduce the number of late-arriving parents, but actually doubled it. The parents treated the fine as a fee they were willing to pay. Picking up a child therefore becomes a market relationship with the teacher/school.

Market reasoning however, has no objections to these notions of unfairness and moral obligations. It relies on the thought that free markets contribute to societies’ well being by allocating the goods to the buyers who value them most highly, based on their willingness to pay. Sandel concurs to a certain point, but argues that market reasoning is incomplete without moral reasoning. He argues that when market reasoning is applied to more morally charged issues such as love, friendship, sex, education, health or environmental protection, it is not plausible to assume that everyone’s preferences are equally worthwhile. Some of these goods, he feels, should be excluded from the exchange-value logic or else they will eventually lose their value. The essence of this argument can be traced back as far as Aristotle. In that sense, Sandel’s analysis offers an easy-to-read update of some classical held ideas.

Although written in 2012, the topic remains relevant in the current ‘collaborative consumption’ society in which (private) people with limited resources connect to those with under-used assets in need of some extra cash. Virtually everything is up for sale and we all become small entrepreneurs on the side. Accordingly, society slowly transforms in a fully fledged business industry. Not that there’s anything wrong with entrepreneurship, the economy thrives on it, but the more extensive this ‘collaborative consumption’ becomes, social gatherings will more and more revolve exclusively around possible commercial transactions.

In an era of increased consumption, Sandel’s well written analysis of how money has infiltrated our lives offers a differing view.  A point made especially relevant in the aftermath of arguably the worst economic crisis since the 1930s. His main argument that we should decide what values should govern the various domains of social and civic life is a strong one; market rationality has become dominant to a point where respecting social norms is at stake.

The main problem of the book is that the vast majority of the examples of commodification he presents, are American. This harms the universality of his argument. Another obstacle for the book to become an undisputed classic (like some of his previous works) is the sheer volume of these examples; it does not leave ample room for a thorough analysis.

Interesting, Professor Sandel is himself also for sale. For an extraordinary amount, he will show up for a lecture to talk about what money can’t buy!