What about a centre-right approach to environmental protection? 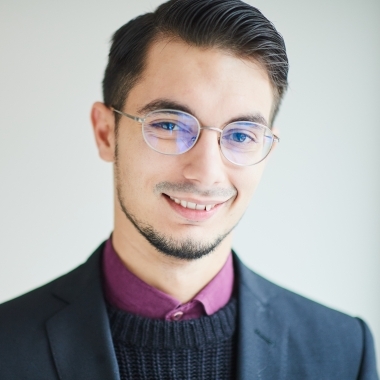 The 23rd Conference of the Parties to the United Nations Framework Convention on Climate Change took place between November 6th and November 17th 2017 in Bonn (Germany). While it is certainly worth applauding the international climate regime’s unprecedented diplomatic achievements, its actual accomplishments are subject to controversy.

The promises countries have made to combat climate change, if successfully and fully implemented, would still fall short of the aim of the Paris Agreement. Furthermore, this represents a significant ‘if’, because some states—for example the US—have expressed their desire to withdraw from the Paris Agreement, and also because successfully implementing public policy is tricky. Moreover, nation-states are under-delivering on the issue of climate finance.

Thus, with the international climate regime in difficulty, the narrative has been shifting in recent years to the role of sub-national and non-state actors. This state of affairs represents an opportunity for centre-right and like-minded political organisations in the European Union to define a policy on environmental protection, of which climate change is a sub-set, which has the potential to be both more independent and more effective than the ‘progressive’ agenda. Such an approach is based on two key characteristics: local governance and free markets.

First, centre-right thinking underlines the strong motivation local communities have in tackling environmental protection (and climate change). Centre-right and conservative thinking argues, in the tradition of Edmund Burke and the social doctrine of the Catholic Church, that society is a partnership between the living, the unborn and the dead.

It believes in civil association rather than in state intervention, and considers that the most important thing humans can do is to settle down, make a home, and pass it on to their children. As stewards of the planet, individual communities aggregated at local, regional, national, and, for some, transnational level react instinctively to preserve the environment which they have inherited and which they are to pass on to their children.

As opposed to other strands of right-wing thinking, centre-right perspectives differentiate between rational self-interest and irrational excess accumulation by stressing the intrinsic values of harmony and responsibility, which are immaterial and unquantifiable. Feelings of affection towards the ‘home’ are a much more powerful motivator for environmental protection than the ‘mission’ to save the planet, which is both far-removed and too long-term.

Second, the instrument to facilitate the natural expression of this feeling of ‘home’ is the free market, which, like local communities, has a self-correcting character. The role of the state is to ensure that free markets function in a non-discriminatory fashion based on the rule-of-law. The problem with environmental protection, in a centre-right perspective, is that polluters externalise their costs.

Under the auspices of the rule-of-law and governmental policies which make the polluter pay, individuals acting of their own free will can mobilise against big business and greed, which is a form of irrational excess. By contrast, interventionist governments may actually even facilitate the externalisation of costs, mainly to distant places with which individuals have no connection or indeed pass it onto future generations.

The approach to environmental protection and climate change should therefore give much more attention to local governance and free markets. One should examine environmental protections in the EU from a perspective of decentralisation and increased autonomy based on the principle of subsidiarity for local governance (e.g. local energy communities, free associations between cities and regions).

Furthermore, centre-right policy-makers should differentiate themselves from the left but also other right-wing thinking by stressing the fact that market-based mechanisms and non-quantifiable values-based goods go hand-in-hand. The feeling of ‘home’ represents the key motivator, not the personal balance sheet—although there is no reason why this incentive should not be explored.

In this regard, reviving the debate on the carbon tax as complementary to the current cap-and-trade system, while politically problematic, would be an appropriate conservative response to market externalities. Efforts at international governance should not be discounted but emphasis should be put on local actors, towards which the narrative seems to be shifting.

Environmental protection and climate change are real challenges our generation has to face. I have tried to outline how the centre-right in the European Union can differentiate itself from other political thinking on this issue.

It is important that individuals on the centre-right use what seems to me as international developments which speak in their favour as an opportunity to solve the problem of environmental protection through their own perspective, i.e. bottom-up, through resilient markets, rather than top-down through government intervention.