US spy affair: a case of international law? 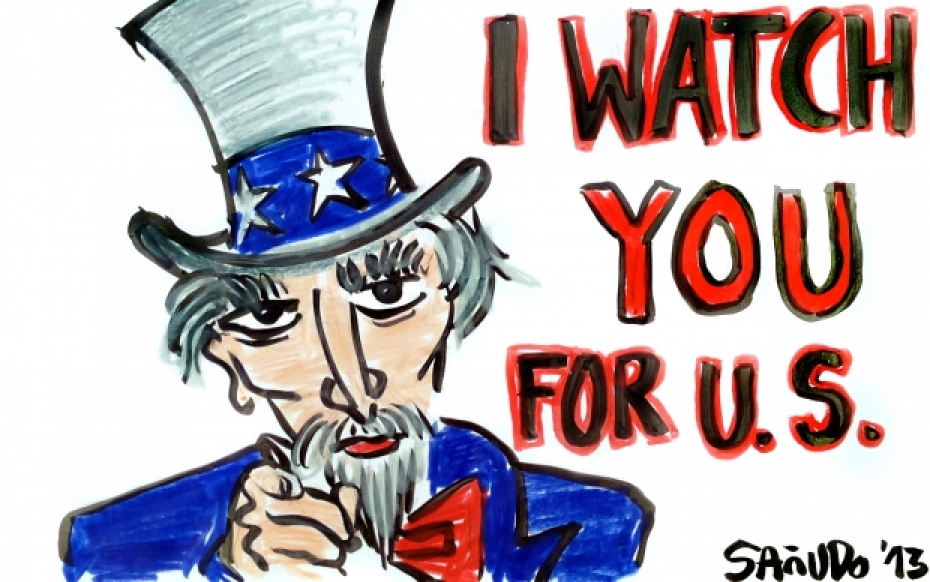 The allegations by Edward Snowden that the United States National Security Agency (NSA), for which he worked, spied on diplomatic missions of the European Union in Washington and New York, and even on the building where EU Summits take place in Brussels, are very serious. They require a deliberate and sustained response, not something exaggerated, or that will last only for a one day news cycle, and later expose contradictions in the EU positions.

The truth is that fundamental values are at stake here for the EU. The founding idea of the EU was that relations in, and between, states should be governed by rules, rather than, as previously, by raw power. States and individuals should be equal before the law. The Snowden allegations, if true, reveal a grave breach on international law by an agency of the United States government. This is not something that can emoted about in the short term and then later brushed aside with a worldly wise and jaded shrug, on the basis that ”everyone is at it.”

A CLEAR BREACH OF THREE ARTICLES OF THE VIENNA CONVENTION

The law on this matter is crystal clear. The Vienna Convention of 1961 codifies the rules under which diplomats and embassies do their work. But the rules themselves go back, in customary international law, to the 16th century. The 1961 Vienna Convention has been ratified by the United States. Indeed the US relied successfully on that Convention in the International Court of Justice, when its own diplomats and Embassy were interfered with by Iran in 1979. It is in the national interest of the United States to ensure that this Convention is respected, without question, and as a matter of routine, in order to ensure protection for its own missions abroad.

The Vienna Convention says, in article 22:
“the premises of a (diplomatic) mission shall be inviolable”.
”A receiving state shall not enter them, except with the consent of the Head of Mission”
“The receiving state is under a special duty to take all appropriate steps to protect the premises of the mission from any intrusion.”

Article 24 of the Convention says the “archives and documents of the mission shall be inviolable” and Article 27 extends similar protection to it correspondence.

The Snowden/Der Spiegel allegations suggest that listening devices were placed in the EU Mission in Washington, without consent, which would be a blatant breach of Article 22. No such consent was given in my time in Washington. They also suggest that the NSA hacked into the computer system of the EU missions, which would be a clear breach of both article 24 and 27 of the Vienna Convention.

Reacting to these allegations, US figures, like the former head of the CIA, made no reference at all the US obligations under international law, to the US interest in protecting diplomacy, or even to the unfairness and bad faith involved in spying on partners with whom one is supposedly negotiating in a transparent way. Instead he sought to dismiss them, by hinting vaguely about intelligence gathering by some EU states.

But what is alleged was not a case of the US reciprocally countering supposed illegal activities by some EU states. It was hostile and illegal activity, by the US, directed against the EU itself, and the EU does not do have either the capacity, or the authority, to carry on any reciprocal surveillance of US missions in Europe, and does not do so. The ex head of the CIA knows that perfectly well.

In any event, I do not understand the point of what the NSA was supposedly doing. The activities of the EU Missions abroad and of the Council of Ministers in Brussels deal with subjects on which the facts are well known, and on which negotiating options are also fairly obvious. They can be easily discovered by US officials, simply by asking. They do not involve sensitive questions concerning the security of the United States, which is supposed to be the concern of the NSA.

There will, very occasionally, be commercially sensitive and confidential information shared with the EU Mission in Washington by European or American companies, which might be useful to its competitors. Apart from the illegality involved, the NSA would have no legitimate reason to seek out, collect, or share that sort of commercial information. I believe what is involved here is a case of a security bureaucracy gradually extending is role, and engaging in “mission creep” just because it can and because nobody is stopping it. The missions of Agencies are often lazily defined and open to multiple interpretations. That may well be the case with the NSA.

BUT TRADE AND INVESTMENT TALKS SHOULD CONTINUE

What should the EU do now? I will start by saying what it should not do.

It should not suspend the negotiation of a possible Trade and Investment Pact with the United States. In fact, it should recognise that these allegations strengthen the EU’s hand in these negotiations, in the sense that the US now has to demonstrate its good faith. Nor should it expect an early, full, or contrite admission from the United States of what might have happened, or make that a precondition for anything.

Instead, The EU should adopt a twin track approach. It should continue with the trade and investment negotiations, as if nothing had happened. But, simultaneously and separately, the EU and its member states should follow the example set by the United States itself in 1980 and take a case in regard to these allegations of breaches of the Vienna Convention to the International Court of Justice in the Hague. This assumes that it can obtain sufficient documentary evidence of the Snowden allegations from Mr Snowden, or from Der Spiegel. Pursuing a legal route would de-politicise the issue in the short term and allow time for things to cool down.

Surveillance technology has advanced a great deal since 1961 when the Convention was concluded. A new judgement from the International Court in this case would be helpful. It would re-establish and modernise the norms of behaviour we would want all countries to respect in future, notably emerging powers like China. President Obama, who, probably more than any previous President, understands the significance of international law, and who wants to bring countries like China fully within its strictures, should welcome such a robust reaffirmation of the Vienna Convention.