Travelling in times of Corona: how the EU is preventing a long-term aviation’s crisis and saving our summer holidays 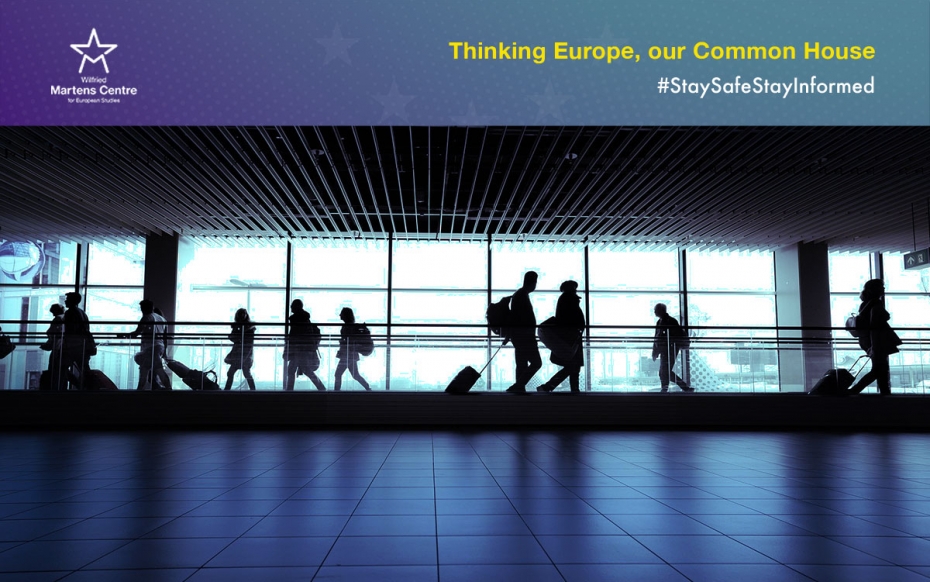 The travel industry is one of the economic sectors most harshly affected by the Coronavirus epidemic. Airline companies are facing the worst challenge in decades by cutting costs and laying off employees, fighting to survive another day.

Therefore, the European Commission’s announcement on 2 July, launching an infringement procedure against ten EU member states in breach of the bloc’s passenger rights rule was met with discontent in some EU capitals.

In many EU member states, the view is that passenger rights should be temporarily suspended. Lobbied by airline companies, twelve EU countries have demanded the suspension of passenger rights. In practice, this would mean if a flight is cancelled, instead of immediate reimbursement (for which the delay is currently one week), passengers would be offered a voucher instead. The member states’ letter proposes ‘a clear right of reimbursement immediately at the end of validity’. The short-term implications of this are unclear, but if the voucher’s validity is 2 years, the consumer could wait for their money a long time.

The problem is that as the airlines are fighting for survival, and enjoy the moral backing of the member states, questionable tactics are already being used. After the EU has already helped airline companies by waiving the obligation to use 80% of their take-off and landing slots, airline companies across the board have begun cancelling flights last minute. This has obviously caused a big headache or two for airline customers.

For airlines, the logic seems to be to ensure that flights are full and profitable. Unfortunately, some airlines are currently selling tickets for routes which they know full well the flight will probably be cancelled.

The business logic is that through these unfair tactics, companies can improve their immediate cash situation by reimbursing customers with several months’ delay. Additionally, certain clients will end up returning the money to airline companies through vouchers, because airlines do not inform travellers about reimbursement options, or often make the reimbursement process so complicated that customers give up and accept the voucher right away.

Fool me once, fool me twice…

Of course, one can argue that it is in the customers’ interest for airline companies to survive, and the current climate is very tough for airlines. But misled customers should not be the ones paying the industry’s bill.

As things stand today, the situation for us, as airline customers, is radically different. When buying a flight ticket, one has to take into account that the risk of flight’s cancellation has increased substantially. Secondly, one is better off buying a ticket from a company which you plan to fly with in the near future so the voucher is of some use, in case the flight is cancelled. Finally, remember that obtaining reimbursement for your ticket might be a lot of work, and you would be waiting a long time for compensation.

By using deceptive tactics with customers, airlines are adding rapidly declining consumer trust to their long list of problems, the most obvious of which is a drop in demand for flights as a result of the Coronavirus epidemic.

Once this trust is damaged, it will take a long time to regain it. The EU’s infringement procedure is not only protecting European customers, it is also protecting the flight industry by maintaining consumer trust. After all, the airline industry can only thrive with happy and confident travellers.

Credits: Photo by Skitterphoto on Pixabay