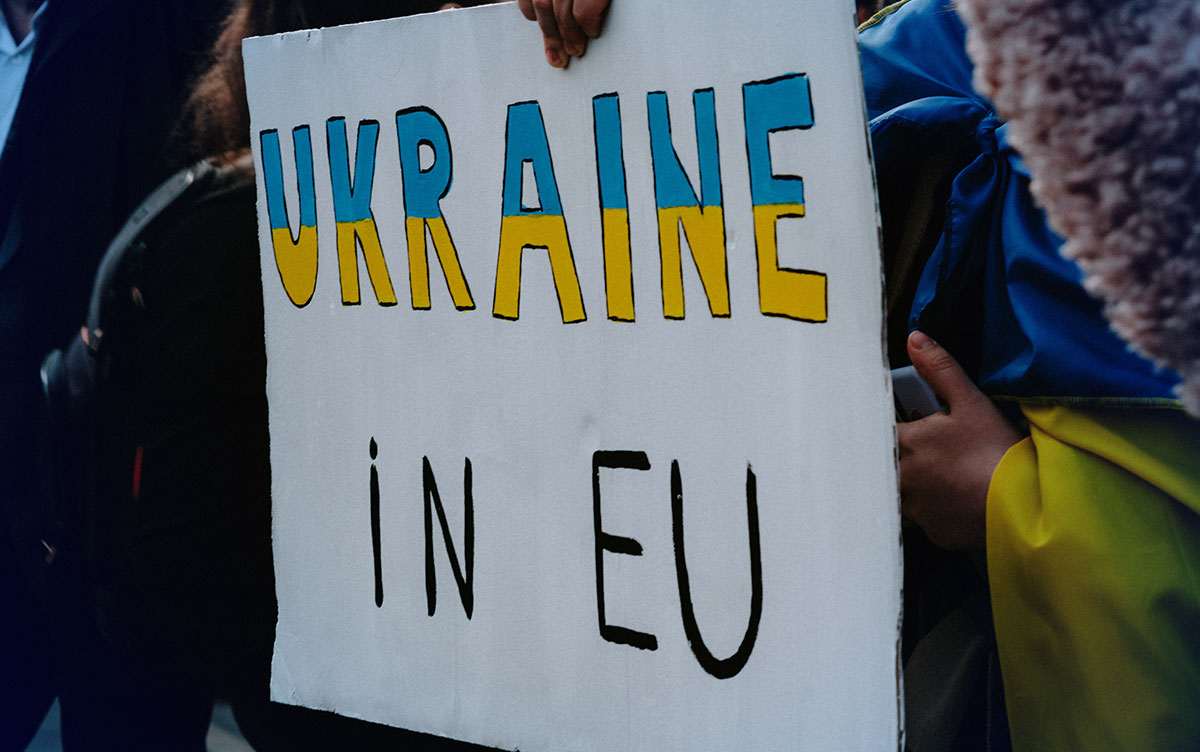 It’s like two exceedingly polite gentlemen (or for those with long memories, Ehud Barak and Yasser Arafat) insisting the other goes through the door first. ‘After you,’ says the US to Europeans when asked if it will send tanks to Ukraine. ‘No, after you,’ replies Germany.  In the end, like Arafat and Barak, the tanks will get to Ukraine, but not before a couple more rounds of indecisive shuffling.

Undignified this may be, it is also notable for what it isn’t. Since Russia’s full-scale invasion on February 24th last year, two groups of people have exceeded expectations.

The first and obviously most important has been Ukraine itself. Its armed forces have fought well, not only bravely. Its state institutions continue to operate, with railways restoring services to liberated territory within days, and utility workers putting in heroic efforts to keep electricity and heating supplies going even as Russia tries to destroy infrastructure with missiles and Iranian drones.

The second is Europeans in general. As spring turned to summer and the initial shock of the invasion began to wear off, it became difficult to avoid articles fretting about ‘war fatigue.’ Would Europeans be willing to tolerate higher energy prices, or other disruption, while Ukraine fought? Would they start demanding their leaders push Ukraine to abandon provinces to Russian occupation so that their power bills could be reduced?

It turns out that other Europeans, and not just Ukrainians, are made of tougher, more adaptable stuff than was imagined. Across the continent, people have welcomed Ukrainian refugees (and despite the assiduous efforts of Russian disinformation, continue to support them). Poles and Lithuanians have even crowdfunded drones. Others support by funding generators, trucks, body armour and other non-lethal equipment for soldiers. Anti-sanctions demonstrations turn out to have been instigated by Russian agitators. Pro-Russian politicians, like Italy’s Matteo Salvini, have been marginalised, and even German industry managed to keep output close to pre-war levels despite drastically cutting demand for gas (in good news for economic theory, it turns out that gas was so cheap that much of it was wasted).

As history shows, democracies are slow to fight, and prefer to spend their money elsewhere. Norman Angell’s The Great Illusion argued —in 1910— that the world had become so interdependent that war had become unthinkable. Intervention in Bosnia came too late for the boys and men of Srebrenica.  UK Prime Minister Boris Johnson justified defence cuts to a British Parliamentary committee on the grounds that “the old concepts of fighting big tank battles on European land mass are over” — in November 2021.  We have difficulty believing there are people who prefer destruction to peace, even when, as with Vladimir Putin, they have provided no shortage of evidence to demonstrate it.

Yet once we realise democracy must be defended, we turn out to be extraordinarily resolute in seeing things through. Though the EU can only act in foreign policy through consensus, it has supplied huge quantities of military and civilian aid to Ukraine. The euphemistically-named European Peace Facility has been topped up and a new €18 billion macro-financial support instrument for Ukraine enacted, overcoming objections from Hungary, despite the requirement for unanimity in common foreign and security policy (CFSP).

Russia’s sheer barbarism, from the medieval torture in cities it occupies, to the World War I-style destruction by artillery of those it cannot, has fortified public opinion. Though most Europeans are afraid their lives may change because of the war, as shown in the latest Eurobarometer: ’When thinking about the war in Ukraine and its potential consequences, close to two-thirds of EU citizens (65%) are not confident that their lives will continue unchanged’ — 74% of the same sample said they supported Ukraine and 73% were in favour of EU policies towards Ukraine.

It seems that the more the war goes on, the stronger public support for Ukraine will be.