The making of a European public sphere: the State of the Union 2017 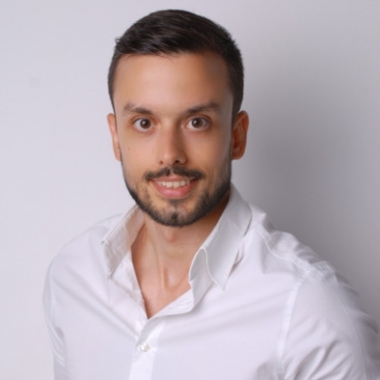 Much ink has been shed on the prospect of the emergence of a European public sphere, with several scholars, politicians, and journalists engaging in intense debates on the issue. While the times of ‘permissive consensus’ have passed, today the EU faces a series of challenges within the globalised environment, that require, inter alia, legitimate, accountable, and transparent action.

In this regard, the establishment of a genuine European public sphere should be considered as more urgent than ever. The seminal State of the European Union (SOTEU) speech delivered by President of the European Commission (EC), Jean-Claude Juncker, seems capable to provide notable opportunities.

Habermas has defined the public sphere as an intermediate open forum which is beyond the state and the market, where private citizens assemble in order to deliberate, problematise, criticise, debate, and (inter)act on equal terms with public authorities, in the context of constitutional democracy, having received knowledge and information by different associations and the media.

This way individuals act as a counterweight to decision makers’ authority. Regarding the emergence of a European public sphere, a vast majority of researchers have adopted a media-related approach, through which the number of media outlets’ references to EU actors, policies, and politics is examined, while at the same time the content of the relevant information is analysed. The dominant view is that the increase of the EU’s visibility within media outlets will render the emergence of a European Public Sphere plausible.

Besides, mass media hold a pivotal role in what we call a public sphere. They supply the public with information and enable them to monitor decision-makers’ activity, facilitating the electorates to decide among different competitive parties, thus paving  the way for citizens’ participation in politics or even challenging the legislative and executive branch.

In the meantime, there is a broad consensus towards the argument of the Europeanisation of national public spheres instead of suggesting that a single and genuine pan-European public sphere has emerged. The lack of a common European identity, of a shared language and a European discourse as well as the limited capacity of pan-European media such as Politico, Euronews or EurActiv to reach wide constituencies outside of Brussels, have led various researchers to this conclusion.

However, distinct events such as the annual speech of the President of the European Commission, which received great coverage across media outlets in Europe, and attracted the vivid interest of European constituencies, may lead many to reconsider their views.

More concretely, more than 500 media outlets published related articles directly mentioning SOTEU with overwhelmingly positive tonality, while almost 1000 pieces referred in general to President Juncker on that day and the days that followed. At the same time, TV channels showed lively interest in the event, as approximately 150 of them reported on the speech. Not least, about half of them broadcasted live President Juncker’s address.

Meanwhile, the number of viewers who watched the SOTEU live through social media and the Commission’s AV portal approached 1.5 million. As the speech was broadcast by TV channels and the European Parliament’s portal as well, one might reasonably assume that the current number was probably far more remarkable.

Even without a qualitative analysis of this data, it is certain that President Juncker’s proposal on the Future of Europe, as well as his suggestions on key policies, provoked strong reactions and discussions among decision-makers, journalists, and ordinary citizens.

Undoubtedly, it met the requirements that different scholars have set for the establishment of a genuine European Public Sphere (e.g. discussion of the same issues at a given timeframe, and indicating similar aspects of relevance among others).

Although one might appear hesitant to admit that a genuine European Public Sphere can be established by any single event, regardless of how bright and seminal it could be, the SOTEU in conjunction with a series of key initiatives towards the strengthening of European democracy could prove to be decisive.

The preservation of the lead candidates’ system, running for the Commission Presidency – the Spitzenkandidaten – the wide and inclusive Pan-European campaigns in the context of the European Parliament elections, the Citizens Dialogues, and other initiatives are some key examples.

Certainly, a European Public Sphere will not emerge all of a sudden. Paraphrasing the historical words delivered by the French foreign minister Robert Schuman on 9 May 1950, a European Public Sphere will not be made all at once, or according to a single plan. Instead, it will be built through concrete initiatives and policies which first create a de facto solidarity and we-feeling.