The Green Fields of Ukraine 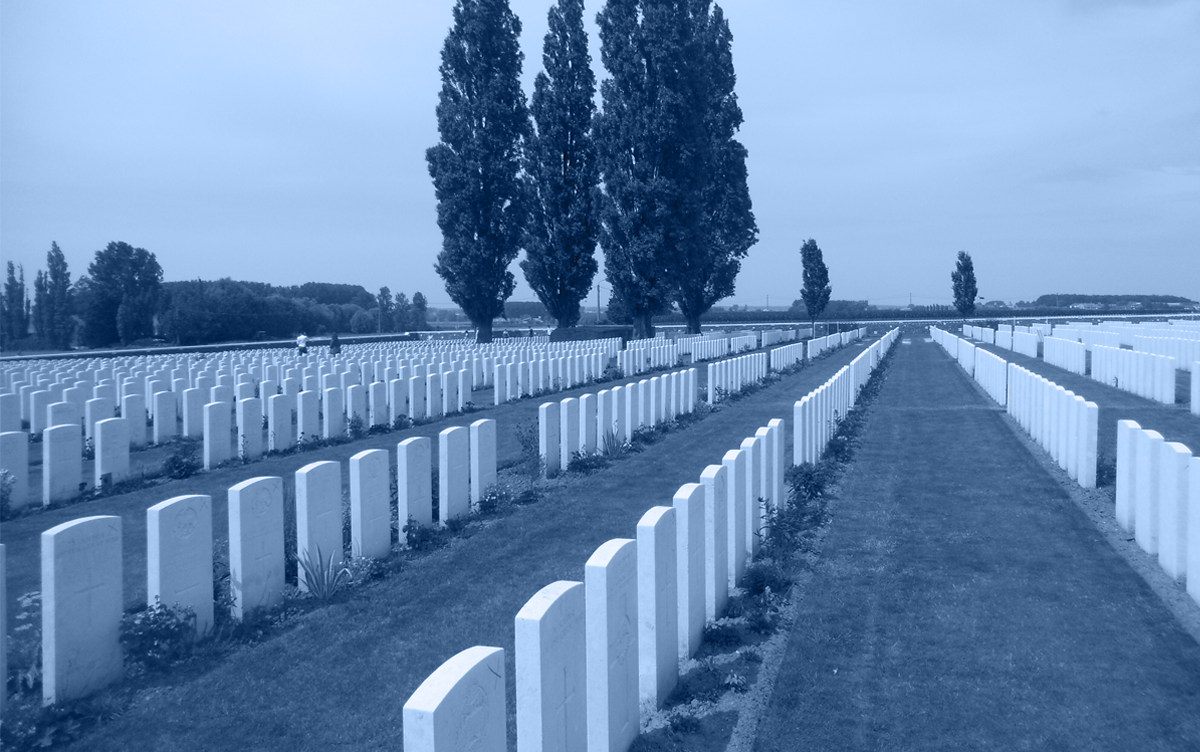 A little over a century ago, hundreds of thousands of young (much too young) men died in one of the cruellest battles in human history at la Somme in France. Even though the Allies eventually won the battle and the war, many orphans, widows, and mothers asked themselves for the next few decades whether the deaths of ‘The Great Fallen’ were at all worth it. That is probably the worst feeling one can have after losing a loved one: was it all for nothing?

I will not pretend to ignore, nor will I begin to discuss, the numerous and radical differences between the First World War and the Russian invasion of Ukraine in 2022. I will simply focus on a potentially catastrophic situation that could create hundreds of thousands of new orphans, widows, and greaving mothers without changing the current war’s outcome. If the heroic resistance of the Ukrainian army and its people lasts for a few more days, weeks, or months – which today seems far from impossible, and I pray they continue to resist – they will eventually fall one way or another. The military equipment and capabilities are far too superior on the Russian side. And then, what difference would President Zelensky and thousands of others have made? I hope that, at the very least, they will have managed to change the consciences, mindsets, and even ideologies of young people in the West. Our grandparents already understand the sacrifices one needs to make for a greater purpose; some of our parents do too; but this matters little today, as it is our responsibility to navigate the #FutureOfEurope.

It is true that, step by step, little by little, most of the EU member states and other Western democracies are offering real assistance to the Ukrainian government and have approved measures to critically weaken Russia’s capabilities. Nevertheless, there are still many, even a majority, that oppose putting boots on the ground and risking EU lives. Some even still oppose sending weapons, like some members of the Spanish government, where a pro-Putin party in the governing coalition controls several Ministries. In addition, I’m willing to bet that many Europeans showing resolve today will change their attitudes after a few months of sustained rising prices, a lack of certain products and eventually, energy shortages. Then what? No more Russian sanctions and expensive aid to Ukraine? Our temporary effort and their permanent sacrifice, for what? Let’s surrender and kneel down now, Ukrainians!

In reality, it’s the complete opposite. We must assist them all the way, with all our capabilities, and for as long as needed. Because this is a just cause, because there is so much at risk – for us too – and because one day we will need help, as it has been the case in the past, and it would set a very dangerous precedent that superpowers do as they wish, breaking international law without strong repercussions.

The oft-cited reason to not support clear intervention or the adaption of certain measures to help Ukraine is that they are not part of the EU, nor are they NATO members; also, they’re not really a democracy, more of a corrupt state. I ask myself how many would think differently if the invaded were (or will be?) Finland, or Poland, or Estonia. How many EU governments and their citizens, would be in favour of directly confronting a military aggression on the Union’s territory? Would we be ready to send our own troops then? We are legally obligated to do so, but would we? Where does our comfortable cowardice end?

I was once told that if you’re not willing to die and kill for your country or your system, either your country/system is not good enough, or you’re not. I think it is obvious that European freedom, democracy, and values are worth fighting for, now more than ever. So, I guess the not-so-wealthy, not-so-democratic, and so-corrupt Ukrainian citizens demonstrated a much higher form of humanity than we did.

I pray that a Celtic folk band will not find itself writing a song like ‘The Green Fields of France’ about 19-year old Ukrainians buried in massive cemeteries, many in anonymous graves. But most of all, I pray that their mothers and fathers, sons and daughters, widows and widowers will have the certainty that these men and women didn’t die in vain. This certainty is something we can provide, if we dare to.