The EU is growing up strategically 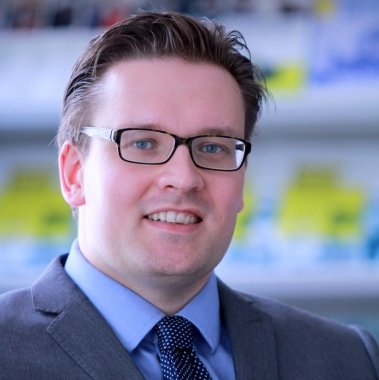 In the run up to February’s EU-Arab League summit in Sharm El-Sheikh, the EU was criticised by major media outlets such as the Financial Times for conducting high-level diplomacy with Middle East strongmen. By engaging in summitry with autocrats, it was argued that the EU is legitimising them and undermining its own value-based foreign policy. However, the premise of this argument is wrong.

Over the last number of years, the EU has become more pragmatic in the way it conducts international affairs, most notably by showing a cautious willingness to define and pursue an interest-based foreign policy instead of one based mainly on values. This pragmatic turn was reflected in the 2016 Global Strategy, which called for an EU foreign policy based on ‘principled pragmatism’ and resilience building in the EU’s neighbourhood rather than democracy promotion.

Resilience refers to the ability of a society to withstand both internal and external pressures to its stability. It became a Brussels buzzword following the triple shock of the Arab Spring, the Ukraine conflict and the Mediterranean migration crisis. These events made the EU realise that democracy promotion did not necessarily always translate into stability around its borders, which it needs to guard itself against phenomena such as uncontrolled migration, Islamic terrorism and hybrid warfare.

Some see that this pragmatic turn in EU foreign policy undermines the Union’s ability to promote values and principles such as democracy, the rule of law, and human rights internationally. Furthermore, pragmatism or even realpolitik in EU foreign policy is seen to question the Union’s self-image as a postmodern normative power, a benign actor that uses the attractiveness of its norms and values to induce change in the world instead of hard power.

However, the EU’s willingness to engage in summitry with a group of countries that Freedom House rates predominantly as “not free” is not in itself a negative phenomenon. Instead of undermining EU foreign policy, it suggests that the Union is slowly growing up strategically and distancing itself from a purely idealist way of dealing the world around it. This can be seen a positive development for three reasons.

First, all international actors need to be concerned first and foremost about the security and prosperity of their own citizens, not value promotion beyond their territory. If the EU can accomplish this by engaging in summitry or deal making with unpleasant autocrats, without waiting until they become liberal democrats, then that is the prudent path to take.

A good example of such pragmatism is the EU-Turkey deal in which the Union agreed to provide funds to Ankara in exchange for the latter’s help in stopping irregular migration across the Aegean. This might undermine the EU’s ability to project itself as a normative power, but the deal is in the best interests of its member states.

Second, in its neighbourhood, the EU does not have the luxury of dealing only with “nice” regimes. Geography dictates that instability in countries with which the Union shares a land or maritime border will inevitably have ripple effects for the EU as well. This means that it cannot simply turn a blind eye to countries such as Egypt, Libya or Saudi Arabia, even though they are far from model democracies.

Ignoring nasty regimes is easy when they are far away and strategically insignificant to one’s security, but not when they are on one’s doorstep and one needs them to take care of one’s interests.

Third, value promotion has been a lowest common dominator EU foreign policy, not a strategic one. Given that EU foreign policy is conducted intergovernmentally, it is always a reflection of what the 28 member states can agree with each other. Quite often, they find it excruciatingly difficult to set common strategic objectives at the EU level, as the recent European cacophony over the political crisis in Venezuela again showed. However, it is relatively easy for them to support—at least rhetorically—the international promotion of the EU’s own values and principles.

However, none of this is to say that the promotion of values and principles should not be an important element of EU foreign policy. It will continue to be so, not least because it is codified into the Lisbon Treaty as an objective of EU foreign policy. Furthermore, the Union should continue to promote its values and principles especially now given that great power competition is intensifying and the liberal international order is under unprecedented pressure.

This is also why the EU needs to support the important work done by organisations such as the European Endowment for Democracy.

The point is rather that value promotion should not be treated as the only or even the main goal of EU foreign policy. It is in nobody’s interest if the EU sees itself as a giant NGO that is more concerned about making the world outside its borders a better place than taking care of the security and prosperity of its citizens.

For this reason and regardless of the optics of it, the Union’s willingness to talk to regimes that do not—to put it mildly—fully share its values and principles shows that it is taking modest steps to grow up strategically. This makes it a welcome development.