The EU is a superb product. Time to advertise it seriously 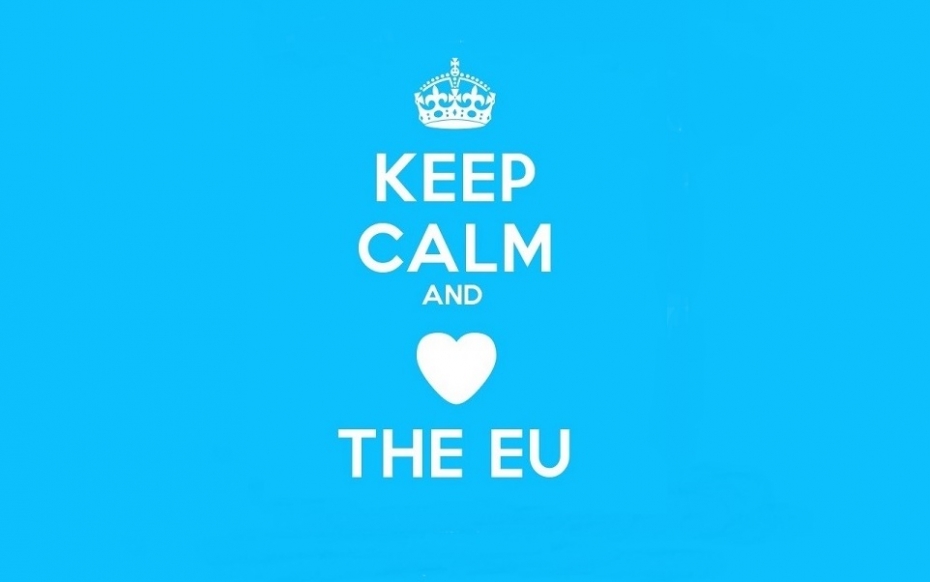 Regrettably, the concept of the European Union, its construction, way of working and fundamental values find themselves in grave crisis.

Many factors, of varying intensities, have contributed to this problem. First and foremost: three consecutive crises have befallen the EU in recent years. The financial crisis, the sovereign debt crisis, and now the immigration crisis – they all have taken a heavy toll. In the public conscience, the EU has become a symbol of Western failure. It is frequently perceived as assuming responsibility for the economic pain imposed upon ordinary citizens. In many member states, especially in the South, “austerity” is now the Union’s middle name. The unprecedented (and uncontrolled) influx of immigrants and refugees from Syria, North Africa, Iraq and some Asian countries polarised public opinion and unearthed a sort of emotion and prejudice we had not witnessed for many years. Again, the EU is largely blamed for the mess.

The EU does not provide health services, pensions nor education. In quiet times, that makes it less relevant in the eyes of an average citizen. But in times of crisis, a perverse process occurs in many member states in which budget cuts and decreased funding for public services and the welfare state are immediately attributed to the EU. The Union’s relevance grows, but unfortunately in a negative way.

The EU seems distant, disconnected from ordinary citizens. Its very construction separates it from the people. From the very outset the EU was elitist and based on a wise but hardly comprehensible set of norms. Its founding fathers, like Jean Monnet and Robert Schuman, wouldn’t have even thought of the necessity for “connecting with voters” when they sketched their first declarations. Nor could they have imagined that one day the whole concept would necessitate explanation in 140 characters (or less!) on Twitter.

The Eurozone crisis further deepened the impression that the whole system is undemocratic. Crucial decisions (that saved the Eurozone from collapsing) were taken in the shadowy cabinets of the Justus Lipsius building. Or in the ECB governing board meeting room.

The holy trio of old arguments explaining the Union’s raison d’etre, namely “peace”, “stability”, “prosperity”, is no longer valid. These values, dear to our grandfathers (and maybe inhabitants of Balkan region) are taken for granted in most European countries. How often do we think of the air we breathe? The same goes for the EU. Add to the pot the lost credibility of many national elites – and a recipe for disaster is ready.[1]

European institutions, willing governments and pro-European parties, and above all business entities that profit from the single market, must react.

Many parallel efforts must be made to address the challenge. Firstly, the EU should defend itself by delivering. The EU should offer new solutions that feel relevant to citizens.  If it is to redeem itself by concrete action and performance, then creating the social security pillar of the EU should be considered as the priority.

At the same time, the EU should urgently change the way it communicates and markets itself. It is essential that EU citizens rediscover the already offered “added value” of European Union membership.

The EU mechanisms are complex. So are insurance and investment banking products, but it does not stop companies from advertising them. The trick is to simplify the message and multiply it massively. Companies do not try to explain how their products and services are prepared, instead they focus on what is important and tell people how much would they profit from using them.

It is high time that the EU follow the business experience. It is not doing this right now. The EU must start telling people – like companies do – what it is delivering to them, directly or indirectly. There are easy to grasp benefits the EU could (and should) boast about such as the possibility to live, study and/or work in another EU country, the reduction of roaming charges, the Erasmus programme, cheaper flights, and improved consumer rights (especially in the online shopping business). Above all, the EU must communicate straightforwardly that it is creating – through the single market, free flow of capital and workers – hundreds of thousands jobs across the continent. Should the EU disappear, those jobs are gone too. This could be sold in a thirty second TV advertisement. Businesses can do, and do, exactly that: persuading us in thirty seconds how miserable our life would be, should we not buy the latest “Gizmo Pro 7”. The EU need not try to reinvent the wheel. It ought embrace the proven techniques, which are already successfully employed by business strategists.

This idea is serious. Heather Grabbe and Stefan Lehne pointed out the lack of discussion on the enormous costs to citizens of rolling back the single market, reintroducing border controls or reversing trade liberalisation.[2] The European institutions and pro-European politicians seem to be failing in getting the message across. TV debates, lengthy interviews, press conferences, open doors – let’s not fool ourselves, it simply is not working.

To some in the Brussels-bubble this may sound like blasphemy, but the EU should not be shy in resorting to massive and emotionally-intelligent advertising. Right now there’s no counterbalance to bad news (often untrue) aired and published by tabloid media outlets on a daily basis. There’s no counterbalance to all sorts of lies and downright propaganda, thrown at the EU by its enemies. They don’t hesitate, they use every possible mean of attack.

It’s time the European institutions and stakeholders start to communicate like the most successful global companies do. Who should pay for it? The European Commission, the Parliament, the Council and the European political parties (while cutting expenses in other areas of communication) but also companies that profit from European integration.

Advertising is not a silver bullet. It can’t replace improved EU performance in fields that matter to ordinary citizens. The problem is we also need short-term solutions to stop people turning away from the EU. That’s a job for advertising. Extraordinary times require extraordinary measures. There’s no such thing as bad publicity. But there is responsibility to shine a light on the EU’s many positive attributes.