The Crimea Platform and its Chances of Success 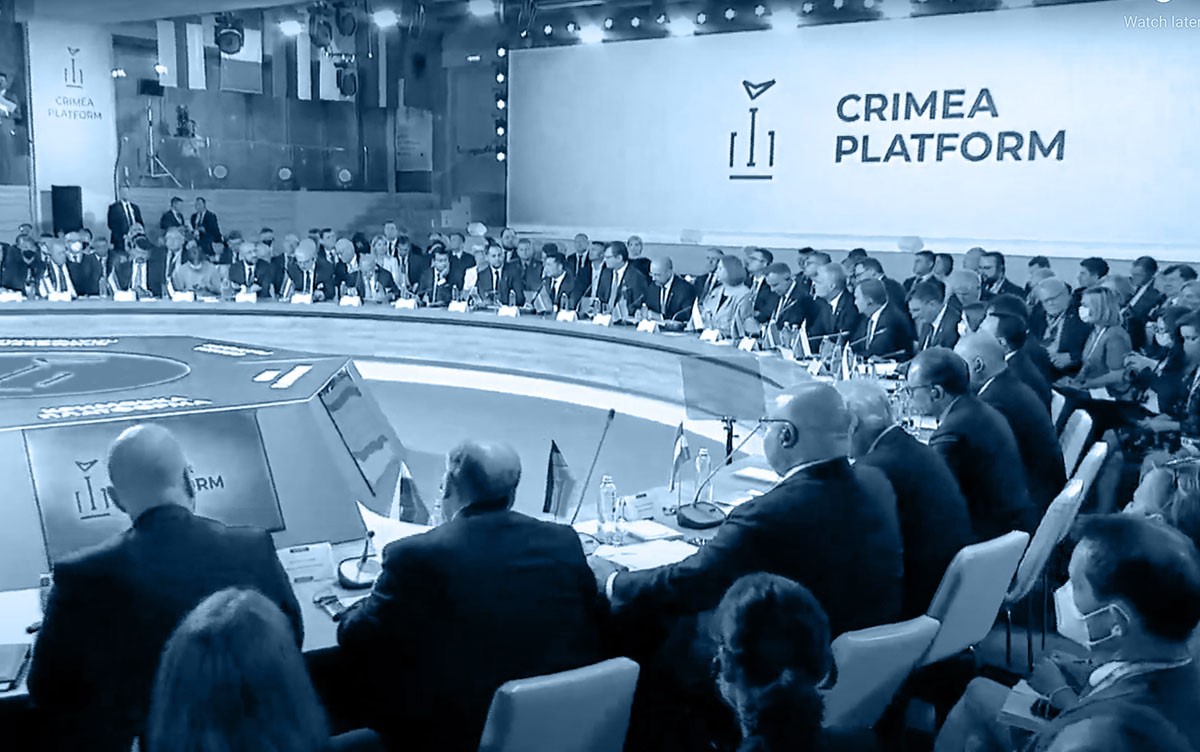 The day before Ukraine’s 30th independence anniversary, over 40 international delegations gathered in Kyiv to officially kick off the Crimea Platform, an initiative by President Zelensky to bring Crimea back under Ukrainian sovereignty. The Crimea Platform is a consultative format aimed at stepping up the international response to the occupation of the peninsula, with de-occupation as the final goal. The Platform will operate on three major levels – intergovernmental, parliamentary, and expert, all of which have unanimously condemned Russia’s ongoing actions, which are an open assault against the territorial integrity and sovereignty of Ukraine, and undermine its independence.

However, in order to succeed, the Crimea Platform’s strategy and its outcomes have to be better and aim higher than those of the Minsk II Agreements. Is that realistic? First, let’s analyse the major differences between the occupied territories of Eastern Ukraine and Crimea. Even with the self-proclaimed People’s Republics of Donetsk and Luhansk, Donbas has not been annexed by Putin, who instead created a regional conflict by supporting the separatists, claiming to be an external party to the war.

Crimea, on the other hand, has been invaded and illegally proclaimed Russian under the pretence of a referendum after which the Crimean parliament voted to secede from Ukraine and join the Russian Federation. The international community was quick to condemn the Kremlin’s move and not recognise the annexation, but besides calling for a return of Crimea to Ukraine, not much else has been done. Donbas, however, has remained a focus of attention, with multiple steps taken in the direction of conflict resolution. But even in this case, neither the meetings of France, Germany, Ukraine, and Russia under the Normandy Format, nor the Minsk II agreements, yielded any concrete results.

With the war in the Eastern part of the country continuing, and a deadlock on his hands with regards to the implementation of the Minsk II 13 points, President Zelensky decided it was time to talk about Crimea. Under the slogan “Crimea is Ukraine – Stronger Together”, Zelensky aims to put Crimea back on the map, as until now, the topic has only been discussed in the UN General Assembly and the Parliamentary Assembly of the Council of Europe (PACE).

The presence of more than 40 delegations at the summit of the Crimea Platform showed a clear support and commitment to Ukraine. However, there may be an uphill path to more concrete actions than just reinforcing the non-recognition policy on Crimea. Out of the five key priorities on which the initiative is based, only the first two seem easily achievable. The first priority – consolidating the non-recognition policy on the illegal annexation – can be considered successfully achieved. In fact, only a handful of countries recognise the validity of the referendum held in the peninsula. The second priority – strengthening sanctions against Russia – seems to be an easy win with the big players. The representatives of the US and the EU, along with Germany and France in particular, are all committed to keeping sanctions in place and supporting Ukraine in the restoration of its territorial integrity.

The other three priorities will definitely be harder to pursue: the protection of human rights and international humanitarian law; ensuring security in the Azov-Black Sea region; and overcoming environmental and economic consequences of the occupation. The reason for that is seven years of continuous colonisation of Crimea by the Russian Federation.

Repression against Crimean Tatars and ethnic Ukrainians requires immediate action. There are over 100 individuals being politically persecuted in the peninsula, the majority of whom are Tatars, labelled as extremist groups by the Kremlin. In addition, the territory has undergone a process of russification. Russia has been changing the demographics and the ethnic composition of the Crimean population since the very beginning of its occupation, and now, according to expert calculations, every third inhabitant of Crimea had arrived in the region from Russia. Additionally, on 20 March 2021, decree number 201 of the President of the Russian Federation came into force. According to this decree, the majority of the Crimean Peninsula is gaining the status of a border territory of the Russian Federation. Moreover, Crimean residents have been issued Russian passports, and the Kremlin spent some €2.6 billion to construct a bridge over the Kerch Strait connecting Crimea to the Russian mainland.

The militarisation of the peninsula adds to concerns for the security and fears of destabilisation of the region, not only for Ukraine, but for Europe as a whole. Of course, the international sanctions and the lack of water supply from the Dnipro river have an impact on the economy of Crimea, but do not seem to deter Putin from his plans.

The truth is, the de-occupation and re-integration of Crimea will be a long and difficult process. But the bottom line is: Crimea is Ukraine, and Ukraine cannot do it alone. As important as the declaration of the Crimea Platform is, international partners must follow up with concrete action and hold Russia accountable for its violation of Ukraine’s territorial integrity. Political and diplomatic efforts should continuously follow in order to increase pressure on the Kremlin and restore Ukrainian sovereignty. Russia will never willingly cede the peninsula back to Ukraine, even with a top-level change, so international partnerships and the common effort of Ukrainian allies is vital in ensuring a successful outcome of the objectives of Crimea Platform; but be prepared to wait.