Spanish elections dominated by the centre-right 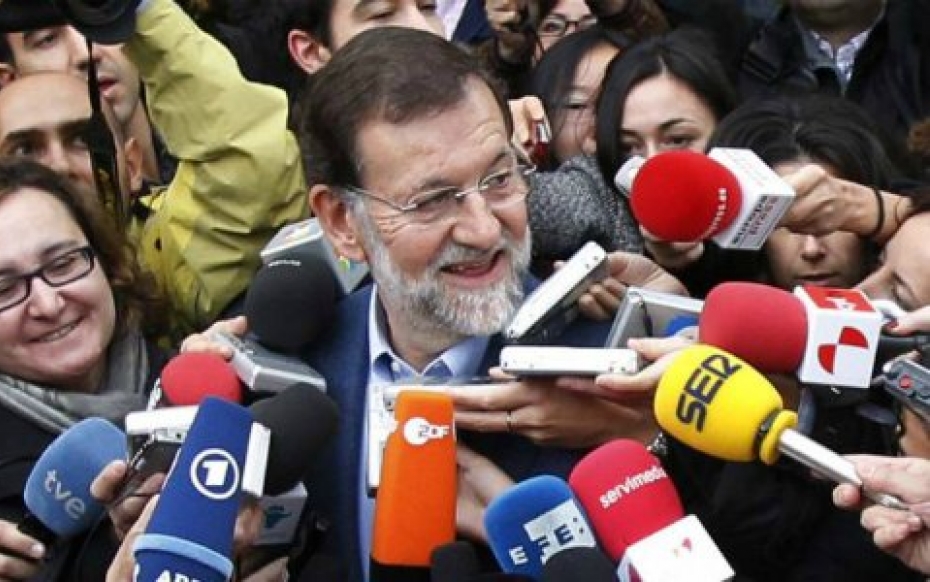 Spanish parliamentary elections were held on the 20th of November 2011. Spanish citizens elected their representatives for both the Congress of Deputies and the Senate.

The results show a clear victory for Partido Popular (PP) and a remarkable defeat for the Spanish socialists (PSOE). Focusing on the outcome of the elections at the Congress, which is the main legislative body in the Spanish bicameral system, the PP won the elections with the 44.62% of the votes, followed by PSOE with the 28.73%. The global turnout of the elections was 71.69%, slightly lower to the latest elections of 2008. We can fairly speak of historic results concerning the PP and the PSOE alike, but for very different reasons though. These constitute the best results ever for Partido Popular,beating both the number of seats and the total number of votes obtained during the absolute majority of former PP government lead at the time by the Prime Minister Aznar, reaching a total of 10.830.693 electorates. Regarding the seats in the Parliament, PP increases its representation from 154 to 186 (+32), being 176 the minimum seats required in order to have an absolute majority.

Obtaining their worst results ever, the PSOE went from 169 seats in the past elections to 110 (-59). Rubalcaba, the defeated socialist candidate, stood up and explain the electoral results while calling for a party congress to discuss the future political strategy, which will likely include a reorganization of the party leadership. In a speech characterized by its prudence, Mariano Rajoy, leader of the PP and future Prime Minister of Spain, called for national unity and hard work as the formula to get away from the crisis. “My only enemies will be the unemployment, the deficit, the excessive debt, the economic stagnation and anything which keeps our country in this critical situation”.

Concerning the role of Spain in the European Union, Rajoy claimed for Spain to have a leading voice in Brussels and Frankfurt, being the most loyal of the Member States as well as the most demanding one. “We shall stop being a problem to start being part of the solution once again”. The political spectrum after the elections Beyond the results of the two main parties, these elections produced other data which is worth-mentioning. Izquierda Unida (IU), a collation of leftish parties including the Communist Party, raised its representation from 2 seats to 11, with the 6.92% of the votes. Unión Progreso y Democracia (UPyD), a party attending the general elections for the second time in its history, with a support of 4.69%, multiplied by 5 its number of seats, going from 1 to 5. Convergència i Unió (CiU), a Catalanist centre-right coalition, with 4.17%, managed to become, for the first time in history, the leading political force in Catalonia with 16 seats, ousting the socialist from the first place. AMAIUR, a leftish nationalist and separatist Basque coalition, with 1.37%, accessed for the first time in history the Congress and will have its own political group, with a total of 7 seats. Finally,Partido Nacionalista Vasco (PNV), a Basque nationalist party centre-right minded, with 1.33% and 5 seats, is no longer the political party with the biggest representation in the Basque Country. The other parties which managed to obtain representation at the Spanish Parliament are Esquerra Republicana de Catalunya (ERC), Catalan leftish separatist with 1.05 %; Bloque Nacionalista Galego (BNG), Galician leftish and nationalist party with 0.75%; Coalición Canaria-Nueva Canarias (CC-NC-PNC), a coalition of parties from the Canary Islands, with 0.59%; COMPROMÍS-Q, a regionalist leftish and green coalition from Valencia, with 0.51 %; FAC, a regionalist centre-right party from Asturias, with 0.4%; and GBAI, a Basque nationalist and progressist coalition, with 0.17%. This makes a total amount of 13 parties represented at the Congress, one of the highest numbers in Spanish democracy.

A careful reader would have already realized of the fact that there are some apparent contradictions in the above mentioned data. While not examining in depth this question, let us just highlight the fact that, under the current electoral law, geographically concentrated votes (provinces being the constituencies in Spain) have greater value than disperse votes along the Spanish geography. Therefore those parties whose electorates are concentrated in a reduce space, are comparatively overrepresented at the Parliament if we only look at the absolute number of votes. Analysing the results: what happened to the socialists? Taking into account the fact that the global turnout has only been slightly lower than in the past elections, one could wonder where the votes of the socialists went to. If we have a look at the remarkable increase of IU and UPyD, we may find, at least, part of the explanation. IU would have ‘stolen’ votes from the left-side of the PSOE, while UPyD would have taken some of the most centrist or moderate socialist voters.

There is also a pool of independents that has, to some extent, shifted from PSOE to PP. Another interesting variable to analyse would be the impact of the so-called ‘indignados’ movement (Spanish indignants) on the elections outcome. Even if the movement has been characterized from the beginning precisely by the lack of a clear-cut ideology, many of the mottos the movement has used along their demonstrations suggest disagreement with the decisions that are being taking in Brussels and, in broader terms, with the international financial system (some of the messages being openly anti-capitalist). We could therefore fairly expect that, at least part of these ‘indignados’, have shown their support for the leftish coalition IU.

How could these results influence on the Spanish political and social dynamics? On the one hand, the Partido Popular has earned enough popular support to carry out the necessary measures Spain will have to go through to get away from the crisis. Moreover, taking into account the last movements of PM Zapatero following the line proposed by Angela Merkel, the PSOE is expected to support PP actions taken upon Brussels’ request. On the other hand, however, we should not underestimate the increase of power that IU has experienced in the Parliament. We could expect a reinforced IU to gather support from the trade unions and take actions against the future government through, for example, the call of a general strike. After the elections What are the steps to follow? The intention of the PP is to have a transfer of power as soon as possible taking into account the current economic situation. Contacts have been made already between the two main parties in that sense.

The foreseen timeline is as follows: the 13th December a new Parliament will be constituted and the appointment of the new Prime Minister should take place before Christmas time. Speculations are focused now on who will be the men and women Mariano Rajoy will trust to form the new government. Although there are just a few concrete names on the table, what seems to be very likely is the creation of a double-hatted minister who would take care both of economic issues and the relations with the EU. Rajoy’s first contact with some of the most prominent European leaders will be as soon as the 7th of December. The Spanish leader is expected to attend to the European People’s Party Congress in Marseille as the Spanish Prime Minister in pectore. This will be a good opportunity for a first exchange of views between Rajoy and Angela Merkel, Nicolas Sarkozy, Herman Van Rompuy and Durao Barroso, among others.