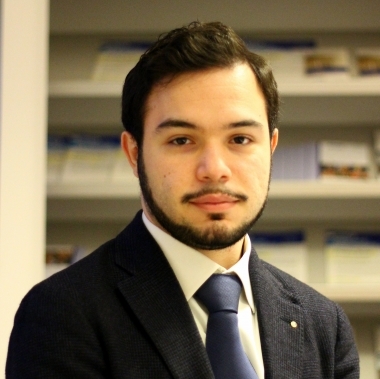 Forty rounds of applause celebrated the thirty minute speech given by the new President of the Italian Republic, Sergio Mattarella, in front of a joint session of both Houses of Parliament.

Mattarella, who is 73 years old, was elected last Saturday, 31 January, with a considerable majority of almost two thirds of the eligible electors. “My thoughts go, above all, and before everything, to the difficulties and hopes of our fellow citizens. That’s enough,” he said right after being elected by the Parliament.

A former professor of Parliamentary Law, the newly-elected President sat as a judge on the Constitutional Court after being a Member of Parliament from 1983 to 2008, serving as Minister of Parliamentary Relations from 1987 to 1989, Minister of Education from 1989 to 1990 and as Minister of Defence from 1999 to 2001. From 1998 to 1999 he also had a one-year experience as Deputy Prime Minister. He has a long Christian-Democrat family tradition– his father, Bernardo, was one of the founders of the Italian “Democrazia Cristiana”.Mattarella entered politics after his brother Piersanti, then President of Sicily, was murdered by the Mafia in 1980.

One of his first priorities as the new President will be pushing the process of economic and institutional reforms ahead. Italy is now at a crossroad and reforms constitute the main legacy left by former President Giorgio Napolitano to his successor. A specific focus on the Italian electoral law, which is soon to be voted in the Parliament, is expected due to the expertise of Mattarella in this field (he drafted in 1993 the “Mattarellum”, the electoral law introducing the majority system in Italy).

Mattarella’s agenda will also feature his response to the economic crisis, social exclusion and unemployment. In his inaugural address to Parliament, he pointed out the urgent need for job market reform: efforts to reshape the job market and improve mobility are essential to give hope to workers –especially the young ones – and those that there are looking for jobs. Mattarella has vowed to push ahead with digital innovation in Public Administration, to encourage more participation of citizens in decision making.

Mattarella has also unveiled his plan to fight the spreading frustration with politics in Italy, due also to the high distrust earned by politicians among Italian population. While unemployment rates are increasing and condition of life are generally decreasing, politicians are considered in Italy as a real “casta”, blamed for focusing much more on their own interests than on those of Italian people.. He also referred to “the indignation of younger MPs” in his speech – which was read as a reference to the euro-sceptic 5 Star Movement. These MPs should contribute and support, according to what Mattarella said, a deep change in both society and politics, based on responsibility for the country’s well-being.

Mattarella showed his commitment to fighting crime and corruption – implicitly referring to the scandals that recently hit Rome’s municipality. He vowed to safeguard the natural and historical treasures of Italy. He recognised the value of solidarity, endorsing the integration of ethnic communities. He mentioned the importance of family and traditions.

Mattarella’s speech emphasised that Europe offers a framework for facing tomorrow’s challenges and also the importance of the EU as a political union. Here, reference was made to the growth strategy that the Italian presidency of the Council has tried to pit against the focus on fiscal consolidation dominant in Brussels.
Political observers are still uncertain as to how they should interpret Mattarella’s election, whose name was the only one presented by Prime Minister Renzi and then swiftly approved by Parliament, after a tough round of negotiations with the different political parties. But Mattarella has made it clear that he will remain an impartial referee as Italy strives for structural reforms – to be achieved by parliamentary approval and not through governmental decree.

The high estimation for Mattarella, coming from all corners of Italian political life, could help him in accomplishing his tasks and mission: certainly, it clearly shows the strong link that Italian politics still has with Christian Democratic values and traditions. His respect for the institutions and conscientiousness of duty as head of state reflects his personality:  a great defender of the Constitution on which Italians can hopefully rely on.