Regional elections in Germany- the threats to the coalition 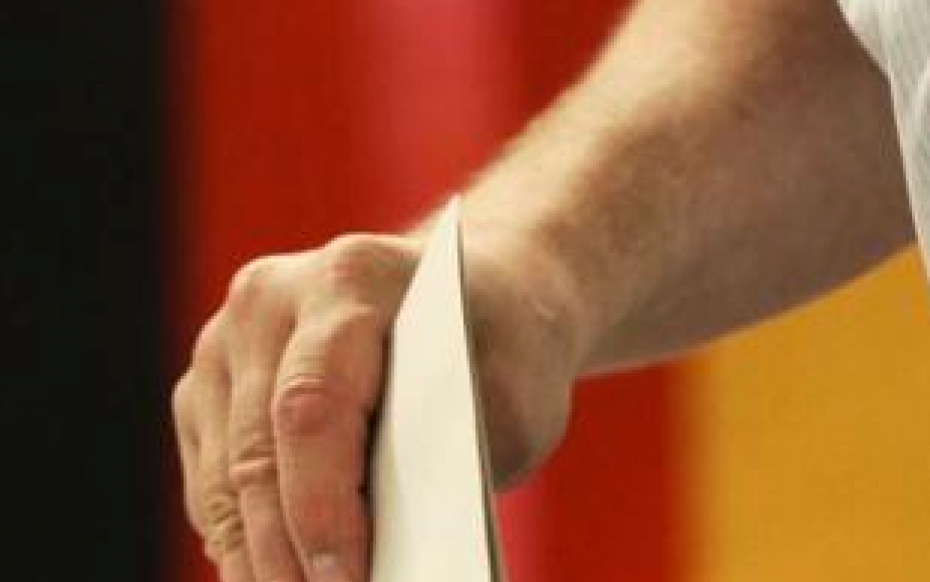 Japan’s devastating earthquake of 11 March has, within 2 weeks, led to a tsunami in German politics. Although Angela Merkel will remain Chancellor of a Christian Democrat – Liberal coalition (CDU/CSU and FDP) with a comfortable majority for another two and a half years, Germany’s political landscape has been altered significantly, and with ominous consequences for the centre right.

As of today, it looks highly unlikely that the current coalition could win another majority in 2013.

State parliament elections in two Southwestern Länder, Baden-Württemberg and Rheinland-Pfalz, have produced Social Democrat-Green coalition governments in both. While the CDU lost 5 percentage points in Baden-Württemberg, it had moderate gains in Rheinland-Pfalz. But what counts is that in the latter it couldn’t wrest power from the Social Democrat incumbent, whereas in the former, it lost power in a traditional stronghold after having been in government for 58 years. And Baden-Württemberg will now be the first German Land governed by a Green Prime Minister, the result of that party doubling its share from 12 to 24 %, which is one percentage point more than the SPD, which will take the junior position.

The Social Democrats lost considerably in both elections, but will be able to stay in power in both states. The Liberals, however, barely got into the state parliament in Baden-Württemberg (which used to be their stronghold as well) and dropped out in Rheinland-Pfalz. Their party is now in an existential crisis. The Greens have had the biggest breakthrough of their 30 year political existence and now reach deep into the societal mainstream. Causes The immediate cause of this result is the specific German reaction to the hazards of nuclear power. Fear of nuclear energy as well as nuclear war was at the root of the environmental and the peace movement of the 1970s and 1980s which, in turn, led to the creation and growing political success of the Greens in German politics. The Social Democrat-Green coalition of Gerhard Schröder and Joschka Fischer (1998-2005) had negotiated a phase-out of nuclear power until 2020. This deal was renegotiated and the phase-out extended until 2028 by the CDU/CSU/FDP coalition in power since 2009. For a number of years, there had actually been a slight majority of public opinion in favour of civilian nuclear power. But last year’s phase-out reversal, decided in a deliberate attempt to polarize against the Greens (who were now identified as the main ideological competitor of the CDU/CSU), had already led to a revival of anti-nuclear protests.

From 12 March onwards, the Fukushima accident was relentlessly played up by the German media (TV, press and internet alike), public opinion turned abruptly against nuclear power once again, and an electoral triumph of the Greens seemed within reach. But the Berlin coalition had been troublesome from its start in 2009, with stronger than usual infighting and slow decision making. In the 2nd half of 2010, some dynamism was regained, but the February 2011 crisis surrounding Defence Minister zu Guttenberg had already damaged the coalition again. Nevertheless, the narrow red-green majority suggests that without Fukushima, the local CDU candidate Mr. Mappus would have remained Prime Minister, which would have amounted to a spectacular success for Angela Merkel as well. The UNSC abstention on Libya which has led to much protest in the Berlin security community, and to irritation internationally, seems to have had little effect on the elections. But this was in itself an expression of the fear of taking unpopular decisions,especially in the FDP.

With the Guttenberg crisis and a post-Fukushima acceleration of the phase-out, the CDU/CSU had significantly lost credibility in the eyes of both its own electorate and of swing voters. Voter flows in Baden-Württemberg show that the Greens could not only draw voters from all other parties, but—most spectacularly—from former non-voters who are not normally interested in politics but can be mobilised in situations perceived as dramatic: this is further proof that politics are becoming more volatile and subject to quickly changing moods. Consequences Germany is, at the moment, veering toward a party landscape with one real people’s party, the CDU/CSU, covering about one third of the electorate, and two medium-sized parties, the stagnant Social Democrats slightly above 25 %, and the Greens holding over 20 % and catching up. The Liberals are hovering around 5 % (the minimum required to get into Parliament) and are therefore fighting for their political survival, while the Left Party seems stagnant around 10 %.

In this constellation, the CDU/CSU faces the strategic problem of finding a future coalition partner (without which it will be impossible to get a parliamentary majority). Unless the Liberals recuperate, that partner will have to be either the SPD or the Greens. In the case of the former, any coalition will require major compromises on social and economic policies, in the case of the latter, on environment, technology and infrastructure. But at the same time, an already irritated conservative part of the CDU/CSU electorate will have to be reassured that Germany does not compromise too much in the Euro crisis and on conservative values; meanwhile the liberal wing needs to be reassured that their party still offers market-oriented alternatives to red and green policies for the economy, infrastructure and energy. If anyone can pull this off, it is Angela Merkel, whose role as party chair and Chancellor is undisputed. Moreover, the Greens will soon be in danger of disappointing the now high expectations placed upon them, especially by the more radical parts of their