Mobilising the masses: a grassroots communication strategy for TTIP 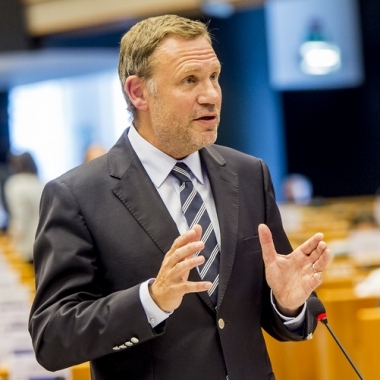 The US and the EU began negotiations on the Transatlantic Trade and Investment Partnership (TTIP) in July 2013. The resulting deal will affect almost 40 % of world GDP and have a significant impact on market access for goods, services and investments (European Commission 2015). It will therefore create benefits for citizens and businesses—including SMEs, which are the backbone of economic activity in many European regions.

It is estimated that TTIP will save companies millions of euros and create hundreds of thousands of new jobs on both sides of the Atlantic. According to official estimates from the European Commission (2013), the average European household could save €545 per year and European GDP may increase by nearly 0.5 %. These are welcome forecasts as many Europeans have yet to see the effects of economic recovery following the financial crisis.

Given the extent of the deal and its impact on citizens, democratic control of the negotiations must be guaranteed at all times. The TTIP negotiations have been met with severe criticism as lacking transparency. Moreover, anti-TTIP campaigners claim the deal will lead to a lowering of environmental, food safety and other standards. The speed and power of the Internet and social media mean that these fears, misconceptions and myths have been spread amongst citizens.

Whilst both the EU and the US have underlined the need for confidentiality, efforts have also been made to improve transparency by including relevant stakeholders in discussions, dialogues and open meetings. More specifically, the European Committee of the Regions (CoR), the EU’s Assembly of Regional and Local Representatives, welcomed the decision by the Council of the EU on 9 October 2014 to publish the negotiating directives for talks on TTIP (European Committee of the Regions 2015b; Council of the European Union 2014a). This decision has been hailed as a step in the direction of greater transparency. However, the CoR also noted its regret that this took place several months after the text had already been leaked online.

It is also widely accepted that member states and the European Commission should step up their efforts to communicate the benefits of TTIP and that the need for transparency and dialogue with civil society should be embraced (European Council 2015). Whilst the Information Working Party’s proposal on how the EU’s communication strategy on TTIP could be enhanced is still eagerly awaited, the CoR believes this strategy should go one step further and incorporate the EU’s local and regional authorities. Unless this happens, it will be difficult for citizens to see—and to have confidence—that the EU is working towards economic growth and job creation across Europe whilst maintaining a high level of protection for the environment, health, safety, consumers and data privacy.

With this in view, the EPP Group in the CoR would like to propose a communication strategy that is focused on stories of real-life experiences from local communities, stories that address the concerns of citizens and show how TTIP will offer significant benefits. This strategy needs to be both transparent and balanced to counterbalance the unsubstantiated negative view which is prevalent in the media in many EU member states.