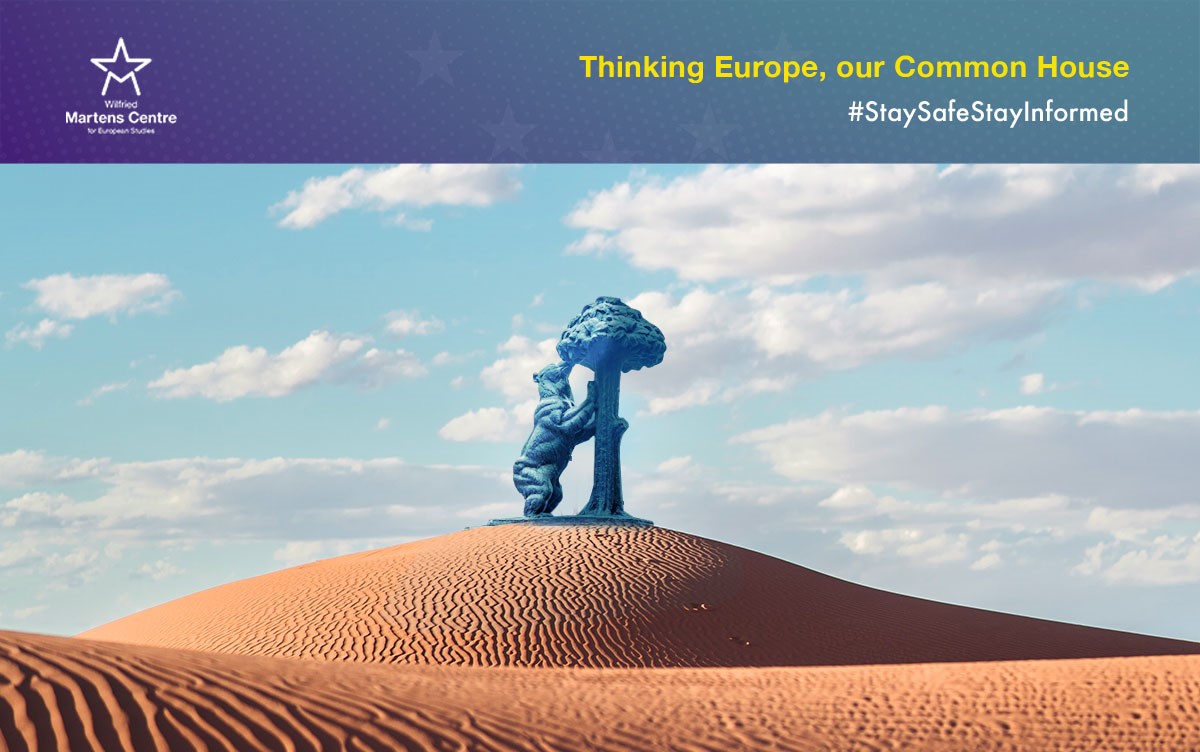 It is well known that the Sahara Desert was once a large tropical forest. Due to millennia of atmospheric and climate changes, it lost most of its greenery and is now Earth’s second largest desert. Despite this, one can still find a few tiny green paradises in the Sahara, called oasis. And there is nothing of superior beauty than a hidden garden surrounded by an immense mass of sand, is there?

Until a year ago, Europe was one of the world’s largest ‘freedom forests’ and then, not due to a slow, long-term phenomenon, but because of a virus, liberties dried up, and the continent became a desert in just a few months. Initially, the process was not homogeneous, with countries adopting different strategies and some even daring to explore more ‘liberal’ approaches. Then summer came, the first wave ended, and we almost had the impression that this nightmare was finally over.

Unfortunately, as it sometimes happens in the middle of the desert, it was just a mirage, an optical illusion of the sun reflecting on the sand, mixing the optimism and will to believe that most Europeans shared after a very rough few months. A second wave hit us with the end of warm temperatures, and the liberal approaches to the fight of COVID-19 seemed to no longer exist. But, as in the Sahara, nature finds its ways and so does liberty. A handful of places in the continent did not accept lockdown as the only outcome, and came up with some creative ideas to try to save restaurants, bars, culture, sport, and so on. I am extremely glad and proud that one of these places is my hometown: Madrid.

Since the re-opening in July, Madrid’s local and regional authorities decided to maintain open everything they could. Instead of going for city or regional lockdowns, they invested massive resources into mass testing via rapid tests (earlier than most authorities in the rest of Europe), tracking, and perimetral lockdowns for specific districts/neighbourhoods with high rates of infection. This was always with a maximum length of 15 days, after which every district’s figures were re-evaluated. Elsewhere in the city and the region, cafés kept serving coffee, bars served wine and beer, shops sold their products, gyms or sports teams continued their training and competitions, and theatres, museums, and cinemas maintained a barely breathing culture alive. In late December, Le Monde -among others- explained Madrid’s exceptionalism when it came to culture.

The Madrid phenomenon has reached a level where thousands of French tourists come to the city for weekends, just to experience having some drinks with a couple of friends at a terrace, enjoying a meal in a good restaurant, or going to a concert or an opera. Some started calling the city the ‘Las Vegas of Europe’. ‘It’s liberating to be in a restaurant’, said some of these tourists to France24 recently.

But what is the price paid for this original and fairly unique approach? You are most certainly thinking that the Madrid area must have one of the highest infection and death rates. Well, think again. The mass testing strategy, together with some small efforts of tracking, district lockdowns, and a pedagogical communication that tells citizens the bare truth and treats them like adults, have resulted in fewer cases and deaths in Madrid in the second half of 2020 and the first weeks of 2021 than many other regions in the country and across Europe, despite their much harsher restrictions.

So then, what has been the price paid? Besides the frontal attacks of the national government, and the leftist parties across Spain (both City Hall and the regional government are in the hands of EPP member party Partido Popular), the price that Madrid has and is paying is no other than the regular cost of a movie ticket (around 9 euros), a glass of Vermouth in a downtown Plaza terrace (3 euros), or a rock concert (20 euros). What a frightening world, what a frightening Europe, where these common things are a rarity. And what great news that there are freedom fighters like the politicians in Madrid, willing to go against the predominant consensus, sometimes even within their own political family, and who will always prioritise the welfare of thousands of businesses and employees, with what is in my opinion one of the most imaginative approaches in Europe these days. It feels good to see some bright light as guidance for what we thought was impossible to lose: our freedom. Nothing competes with the beauty of a tropical garden in an immense mass of sand!