Increasing our firepower: Where can the EU find the ammunition to fight a Coronavirus induced economic slump? 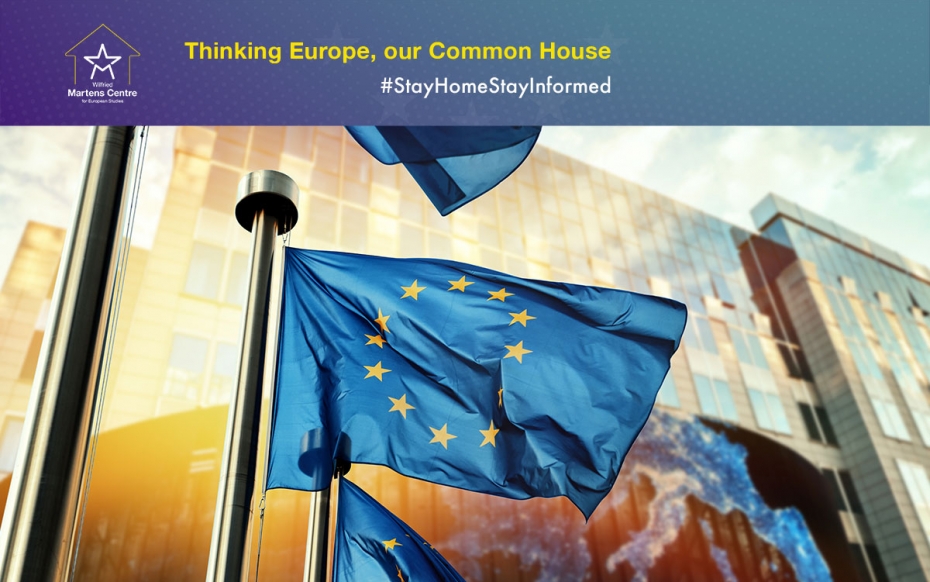 The COVID-19 outbreak, and its deep financial aftermath, will put the European Union under unprecedented stress over the next five years or more. Brexit will add to these tensions for some members, notably Ireland. It is a matter of vital national interest for Ireland, that the EU gets its response to the crisis right, and does not allow it to create dangerous social distancing between the states of the EU.

The existing structure of the EU is unfitted to a crisis like this. The public expects the EU to act, but has not been given the EU the powers it needs to do so. Unlike the states of the EU, the EU itself has no capacity to borrow money, and no capacity to raise taxation. So it often lacks the financial clout to take decisive action. The amount it is allowed to spend is a mere 1% of GDP, whereas EU member states can and do spend around 40% of their GDP.

The countries and regions that gain most from the EU Single Market, are either unaware of the gains, or mistakenly think it is all due to their own efforts. A recent study by the Bertelsmann Foundation showed that the big objectors to Eurobonds (Germany, Austria and the Netherlands) gain almost three times as much per capita from the EU Single Market as do the assumed beneficiaries of the Eurobonds, Spain and Italy!

If the Single Market were to fail, the objectors would lose the most. But their national politicians fail to tell them this. Incidentally, the study showed Ireland to be a big gainer from the Single Market.

Meanwhile, the countries and regions that gain comparatively less from the Single Market resent this, and fail to acknowledge that they too are gaining from being in the EU Single Market, albeit a bit less than the others are gaining. Envy blinds some to reality.

Of course, these contradictory feelings are rarely expressed publicly, but they are there under the surface, ready to emerge when a crisis happens and decisions have to be made quickly.

COVID-19 has been such a crisis.

The restrictions on economic activity, as well as the direct health and income support costs, arising from COVID-19 will dramatically increase the debts of all states in the EU. At the same time, the initial reactions in some member states – from Germany blocking sales of vital equipment to Austria closing its border – have left bitter feelings in Southern member states, especially Italy.

As all these countries can expect their workforces to decrease in the next 20 years, because of past low birth rates, this is a very troubling prospect. A way needs to be found to spread the debt as widely as possible and as far as possible into the future.

One of the proposals made to do this is Eurobonds/Coronabonds which would enable countries to borrow with a guarantee from all eurozone states. The interest rate might be lower but it is still just another form of borrowing. If Italy issued a Eurobond, it would still be increasing its overall debt, and might face a higher interest rate on its ordinary bond issues. Another objection is that it might take 18 months or more to get these Eurobonds up and running, and the markets need something quicker.

Another proposal, favoured by some Northern member states,  is that distressed countries borrow from the European Stability Mechanism (ESM). Some believe that the ESM is too small for all that needs to be done. Others worry about the conditions that might be imposed.

Meanwhile, the European Central Bank (ECB) continues to buy the bonds of member states. For example, it owns 26% of all German government bonds and 22% of all Spain’s bonds. This bond buying by the ECB enables governments to continue borrowing, but its support is confined to members who are in the euro. It is using monetary policy to achieve the goals of fiscal policy, which is controversial.

I suggest that a better solution would be to allow the European Union itself to borrow, up to a limit of (say) 0.5% of the EU GDP, to spend exclusively on COVID-19 related expenditures.

Article 122 of the Treaty already makes provision for the EU to give aid to help states suffering from “natural disasters and exceptional occurrences” beyond the control of a member state or states. COVID-19 meets this criterion.

But the EU is not using this power, because its budget is fully committed to other things. It has no room to respond to sudden emergencies. It would have such room if it was allowed to borrow. This power could then be activated to allow direct transfers of funds to a state in acute distress because of COVID-19 or the like, without adding to the recipient state’s debt.

Doing this would require an amendment to Article 310 (1) of the Treaty. This article presently requires the EU always to run a balanced budget. This could be amended to allow borrowing that was confined to spending on matters, like COVID-19,  that had arisen suddenly and were beyond the control of the state looking for help. Such a limited borrowing authority would command a lot of support from the electorate.

It would also be borrowing under the democratic control by the Council of Ministers and  European Parliament, something that does not apply to bond buying by the ECB.