Emmanuel Macron: where do we go from here? 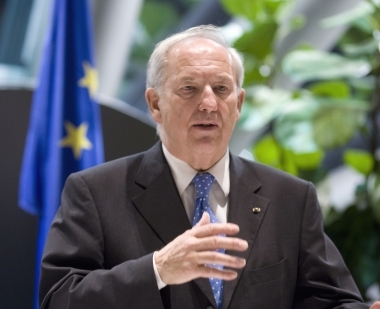 The first question that needs to be answered is still the familiar one: ‘do we even need Europe at all, with all the expense it entails?’

The answer, quite simply, is yes, because, unlike in the past, the traditional nation state can no longer protect its citizens and tackle the immense challenges it faces using only the instruments available at national level.

For example: what is the use of the German government’s decision to shut down the country’s nuclear power plants if at the same time new plants of this type are being built in France and the Czech Republic? Is a system of national drug licensing fit for purpose now that citizens can buy medication anywhere in Europe?

Does fighting cybercrime and tax avoidance at the national level stand any chance of success these days? What about environmental protection and competition law? When it comes to the limitations of national action, the list is endless. In these areas, the European level must be used on a supplementary—in other words, subsidiary—basis.

In addition, Europe is urgently needed as a unified ‘voice of reason’, championing peace and stability in what has become an unpredictable world.

Having answered the initial question in the affirmative, let us immediately turn to a second question, namely why it is still so difficult for many people to accept the European level, despite its importance. In response, I would say that the practical implementation of European policy requires a radical rethink: European decisions, by definition, must be geared towards what is best for Europe as a whole, rather than the good of individual nation states, as has often been the case up to now.

Of course there may be divergences between the two. For example, European Central Bank President Mario Draghi has justified his zero-interest policy (which is hopefully now nearing the end of the road) by emphasising his commitment to the European common good. Accepting this may be far from easy, but it is essential to Europe’s long-term success.

The election of Emmanuel Macron as French president has fuelled great expectations of the new Franco-German partnership. These range from cutting youth unemployment and supporting neglected regions to curbing right-wing nationalism.

However, simply handing out money would be expensive and entirely unhelpful. Instead, the following measures should be taken:

It is fair to say that European integration to date has been a huge success. Since Europe faced its darkest hour at the end of the horrific Second World War, the continent and Germany in particular have experienced an astonishing recovery.

This success, unprecedented in history, was born of a number of factors, but European integration is certainly foremost among them. Only when enemies had become partners and friends could the foundations be laid for Europe’s new, universally admired role and importance on the world stage.

To conclude, the long-term success of our own country, Germany, depends on the success of the European project. We are, indeed, already bound by a common destiny.