China’s global ambitions will be hampered by its demographics 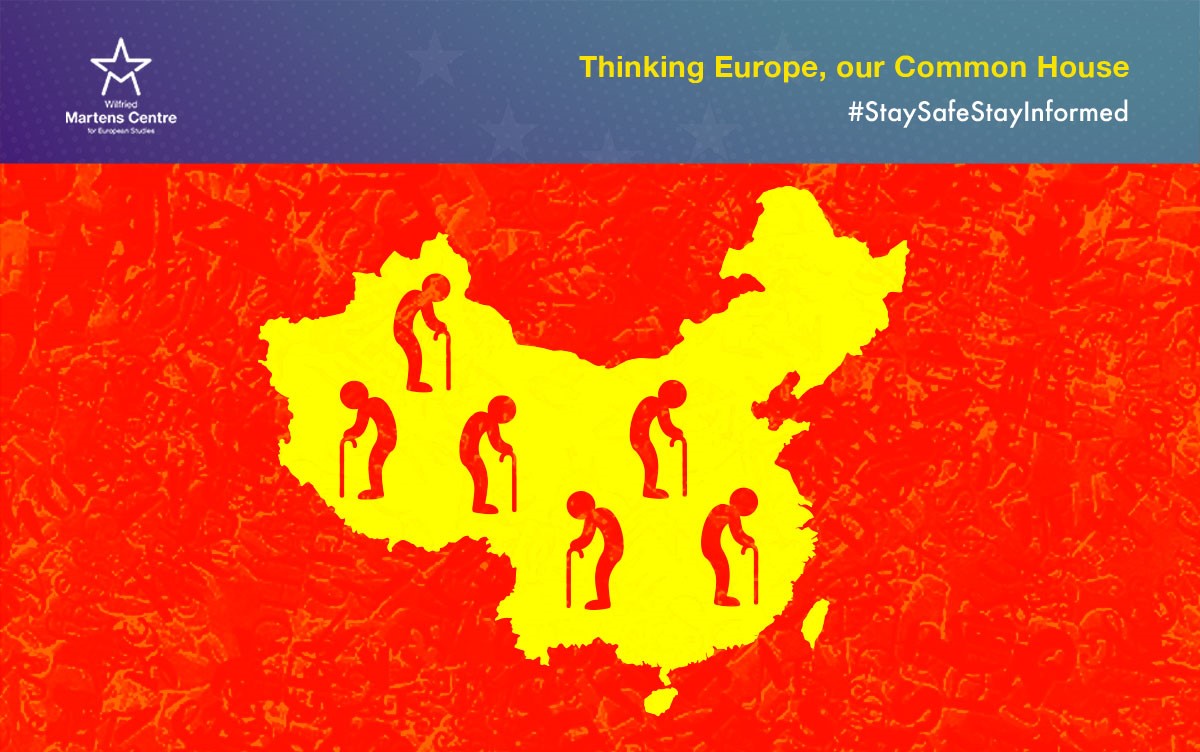 While the vast majority of developed countries are struggling to manage the COVID-19 epidemic, China has been able to control the situation domestically through strict measures. Today, China’s economy has returned to the path of growth in comparison to other global economic powers. The moment when China will truly become the leading global economic power seems to be closer once again.

But while many predict this century will be dominated by China, it will most likely also be the century of the beginning of China’s relative decline. The reason is that China’s population is ageing rapidly and China’s demographic problem is getting increasingly serious.

China’s population, according to current projections, will peak in 2030, with a shrinking labour force and an elderly population (65+) of 240 million. Only Japan has aged faster than China. But while Japan and other developed countries face similar demographic challenges, “China will become old before it becomes rich.” It also does not enjoy the same structures as a developed country – or the necessary infrastructure to tackle the challenge.

Evidently, one of the main causes of China’s demographic situation is its one-child policy, which has created low replacement rates. So-called ‘4-2-1 families’, 4 grandparents with 2 parents having one child, create a situation where the young generation faces a huge economic burden in a country where the social security system, medical care and pensions are very weak – and the expectation remains that children will take care of their parents in old age.

As the working-age population will decrease, robust economic growth will be a challenge to maintain.

In addition, urbanisation is emptying the rural areas with young people moving to the cities, leading to regional economic differences and social tensions. A side effect of the one-child policy is that a preference for boys did lead to sex-selective abortions, having created a situation that for every 100 girls, there are 120 boys. It’s estimated that the percentage of men in their late 30’s who have never married will be five times higher by 2030, and obviously these unmarried young men will have an increasingly negative impact on population growth, not to mention the frustration and negative psychological impact for young males.

While in the Western world, demographic change will have a great impact, in China the projected impact is even larger when compared to its share of total global population. For example, the EU-27’s share of global population is projected to decline by 2,1 percentage points, from 5,9 % to 3,8 % between 2018 to 2100. Conversely, China’s share is projected to fall by 8,9 points, from 18,7 % to 9,8 % in the same time period.

As the working-age population will decrease, robust economic growth will be a challenge to maintain, becoming a problem for Chinese leadership, which has managed to legitimise its position and facilitate societal transition by using the benefits of high economic growth. In addition, Chinese debt levels have been increasing at a worrying rate, and managing the debt will not be any easier in the future.

Limiting births with the one-child policy created a ‘demographic dividend’ and gave more time and mobility for people without children to work. Reversing the policy and asking the working-age population to have more children will slow down economic growth until the new generation reaches working age.

China as awoken to its demographic problem and dropped the one-child policy in 2016, asking couples today to ‘have children for the country’, and discouraging women to delay marriage for their career, and setting controls on abortions. However, trying to change societal behaviour set by decades of the one-child policy and countering declining birth rates are not even close to yielding the necessary results.

China is not the only country in the world to tackle demographic trends. However, in China, the problem is exacerbated by the one child-policy, which has created behavioural, cultural, and social patterns that are difficult to be erased overnight.

As China is ageing rapidly, a large part of its male population will never marry and its ageing population will burden the nation’s very weak pension and healthcare system. China will have a smaller workforce and more fiscal constraints. While China has well defined global ambitions, those aspirations will be severely hampered by its demographic problems.

For Europe’s global strategy, the consequence is that while maintaining its crucial transatlantic relations and focusing on the challenge of China, Europe needs to keep developing its relations with other global actors such as India and African countries, players which today seem less relevant but can have a much stronger global role in the coming decades.