An expensive victory for English and Scottish nationalism 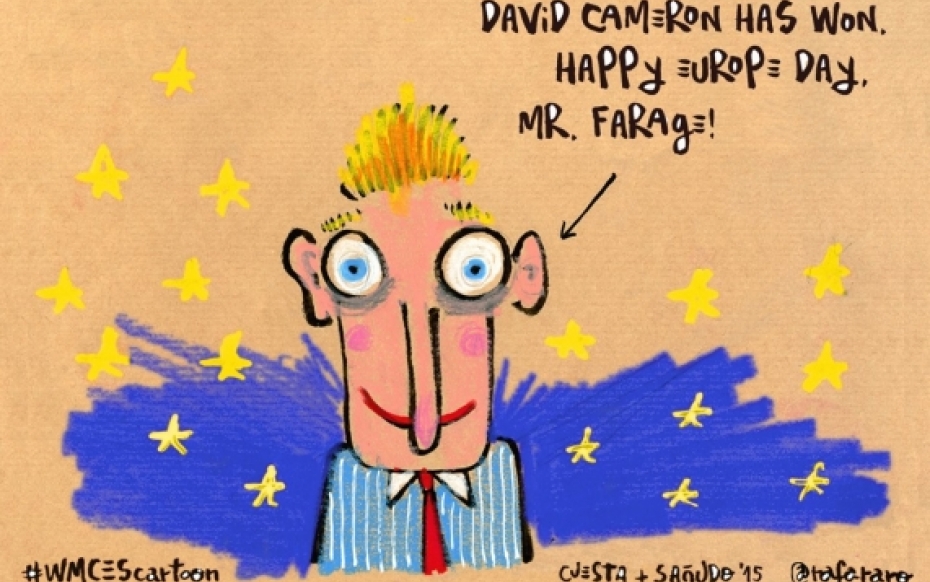 The Conservative Party scared English voters with the prospect of a Labour Government taking office with parliamentary support from the Scottish National Party. English voters were persuaded that a Labour Government, dependant on Scottish Nationalists, would somehow steal English money for the benefit of Scotland.  If there was deep pro Union sentiment in England, this appeal would not have worked, but it did work.

The implication of the successful Conservative ploy was  that Scottish Nationalist MPs, although freely elected to and sitting in the United Kingdom Parliament, would not be  fit to have influence on the fiscal policies of the government of the UK as a whole, simply because they are Scottish Nationalists. They are thus cast in the role of “second class” MPs.

The Conservative Party was saying that Scottish Nationalists are not welcome as full participants in the Union, at least as far as having a say in the fiscal policy of the Union is concerned. That was a very anti Unionist stance for a self declared” Unionist” party to take.

That is not, of itself, a reason for Scotland to reject independence, but if it opts for independence, it should understand, and be willing to pay, the extra cost. This was not teased out because, unlike almost any other country in Europe, Scotland has no serious, centre-right, fiscally conservative , party.

This is not the first time that the Conservative Party has adopted English Nationalism as an electoral tactic.

It did so in the 1911 to 1914 period, when it sought to de-legitimate the minority, Asquith led, Liberal Government of that period, on the ground that the Liberals were dependent for their continuance in office on the Irish Party of John Redmond, and were pursuing a policy of Home Rule for Ireland within the UK. The Conservatives even went so far, at that time, to advocate extra parliamentary methods to defeat the Home Rule policy of their duly elected UK Government.

At that time, the Irish Nationalists, unlike their Scottish brethren today, understood that an independent Irish Exchequer could not afford to introduce some of the fiscal measures then being introduced for the UK, as transpired when an Irish Government in 1924 had to take a shilling off the old age pensions Lloyd George had introduced in 1909. Scottish Nationalists could learn from that.

The difficulty for the Conservatives, in again adopting an overtly English Nationalist stance to win English electoral support, is its effect on Scottish opinion, over the next five years, while Scotland will being governed, as far UK matters are concerned, by a Conservative Party that  fought an election on the basis that  MPs the Scottish electorate have chosen ought not influence UK fiscal policy.

Meanwhile the Conservatives are committed to a referendum on EU membership which could result in English votes taking both Scotland and England out of the EU, even though Scottish voters might, by majority in the referendum, vote to stay in the EU.

In a Union where England’s population is so much greater than that of Scotland, Wales and Northern Ireland, the use of a simple majority referendum to decide such existential questions as EU membership is unnecessarily crude and divisive.

It reduces subtle and difficult matters to a simple “yes/no” question, and takes no account of the fact that the four components of the UK are not only different in size and population, but also very different in political culture.  Imagine what would happen if there had to have been an EU wide referendum of the bailout packages for Ireland and Portugal!

Nationalistic passions are all too easy to stir up, as a means of winning elections, but once kindled they are not easily or quickly extinguished.

Now that the election is over, David Cameron needs to break with Westminster’s confrontational traditions, and adopt a consensual approach towards all the opposition parties and enlist their help in finding a way of devolving more powers to Scotland without aggravating the rest of the UK, and of negotiating with the EU on basis that will not further deepen divisions within the UK itself.