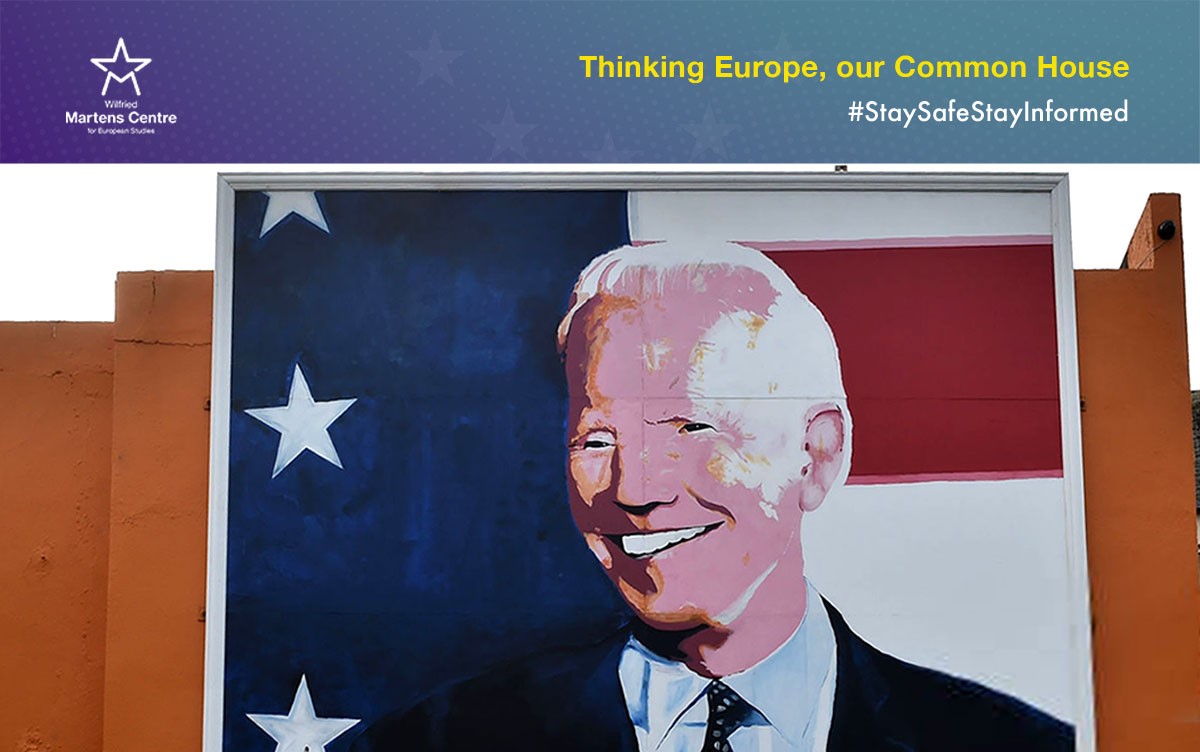 And so it begins again. The murals, the tales of famine ships and Irish ancestry, the cousins and those awkward renaming ceremonies played out live on Irish TV. President-elect Biden will appoint a high-profile ambassador to Ireland, bowls of shamrock will be exchanged at the White House, and the razzmatazz of a Presidential visit will briefly enliven another Irish summer.

Ireland will gladly re-emerge as the focus of an authentic (and highly personalised) US interest. Irish politicians are already busy displaying their Biden selfies on social media like some weird badge of honour.

Alas, such a childlike embrace of the American dream is not without its consequences for Ireland’s future in the EU. Because in Brussels, Ireland is increasingly seen as a cypher for US business interests, pushing an agenda of lighter regulation, low (or preferably zero) taxes, and minimal data protections.

No more coded messages at diplomatic level. EU policymakers are now explicit. Ireland cannot be trusted on matters which directly impact US business interests, particularly those of US technology companies.

Take the recent confirmation hearings of Commissioner McGuinness at the European Parliament. McGuinness – perhaps Ireland’s most accomplished performer in Brussels over the last decade – was approved overwhelmingly.  The only proviso being that she wouldn’t “let her Irish background hold her back on taxation and tax transparency issues”.

In effect, the age of Ireland’s traditional gambit – providing US investment a foothold in the EU while facilitating their more “aggressive” tax policies –  has already passed.  A combination of the Panama papers, Brexit, and COVID have ensured that the EU is now focused on a tighter, more centralised Union.

In this more continental future, Ireland is a clear outlier. And that’s why Ireland is increasingly shepherded away from the EU’s inner circle on critical digital regulation or data protection issues.  Commissioner McGuinness’ portfolio has been carefully crafted by Brussels to avoid all aspects of a wider, more global reach.

The problem is not that Ireland actively pursues strong political and economic relations with the US. Given the shared history, it’s the obvious strategy. It’s also the strategy that has created jobs, boosted tax revenues and built real, global-level expertise across Ireland’s regions.

Rather, the issue is that the goal of protecting US investment in Ireland (and the wider political relationship with Washington) has become so rigid, such an intrinsic part of the establishment consensus, that is has now started to compromise the ability of Ireland to operate successfully in the EU.

This rigidity is reflected in Ireland’s static approach to EU proposals, on everything from digital taxes to business tax harmonisation. In Brussels’ eyes, this rigidity stands in marked contrast to the flexibility Dublin displays whenever Google or Amazon call government offices.

And this is already a huge problem.  The European Commission’s continued commitment to challenging Ireland’s taxation agreements with Apple signifies a much more robust and determined EU challenge. It’s the first step, not the final shot.

That is not to say that Ireland needs to pick a side in the vacuous Boston or Berlin debate.  Ireland’s membership of the EU and its embrace of US investment are not mutually exclusive goals. Rather, they are complementary ones.

But to succeed in both requires political capital to be expended in Boston and Berlin. It requires that the soothing rhetoric (so beloved by Irish politicians) about the EU’s importance to Ireland be accompanied by a realistic Irish vision for the future of Europe.

A vision which will hopefully be announced by the Irish government in the upcoming Conference on the Future of Europe which begins at the European Council summit.

Dublin seems to have forgotten that it is Ireland’s membership of the EU’s Single Market that is the biggest magnet for US investment in the Emerald Isle; Not an American President who happens to have Irish heritage.

Ireland’s response to Biden’s election signifies that Mary Harney may have been right in arguing that Ireland is “spiritually” closer to the US than Europe.  Even allowing for the relief of a Trump defeat, Ireland’s active engagement in US politics stands in marked contrast to the increasing apathy displayed towards Brussels and continental European politics generally (bailouts, Brexit, and naughty Commissioners notwithstanding).

In many respects, Ireland risks repeating Britain’s mistakes with Europe. In becoming ever more obsessed with a globalised economy (and a perceived “special relationship” with the US), Dublin may inadvertently reduce its relationship with the EU to purely transactional terms.

And that would be a disaster for both Ireland and Europe.

In the leafy Ballsbridge suburb of Dublin stands the old Allied Irish Bank – AIB – office, which is currently being extended to provide for Facebook’s largest European campus. In many ways, the last decade has seen Ireland swap big banks for big tech as the symbol of its economic progress. But while AIB ultimately cost the Irish taxpayer a 20 billion euro bailout, Ireland’s naïve embrace of Facebook and the American dream may end up costing an awful lot more.