A chilling morning: the Ján Kuciak case and press freedom in the Visegrad countries 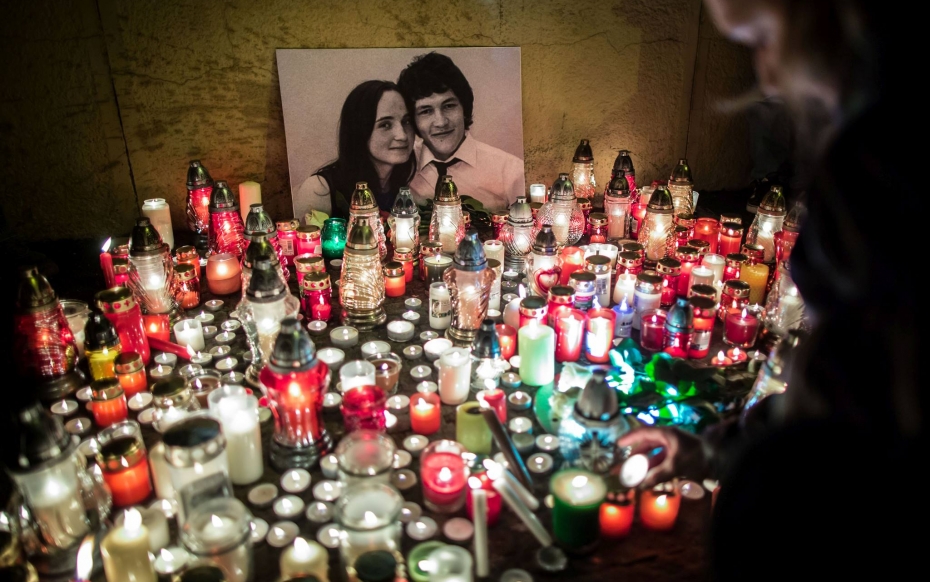 My fingers are shivering under the bitingly-cold Brussels weather as I check my phone on my way to work. It’s a text message from a former colleague and journalist, and it freezes me in my tracks. Investigative journalist Ján Kuciak and his fiancée Martina Kušnírová have been murdered in Slovakia. A premeditated murder, execution style, apparently related to his work.

In one winter morning Slovakia has been set back to where it had once been: to the dismal nineteen nineties. I suddenly feel the same feeling of nausea that overwhelmed me in 1996 when, after a forceful abduction abroad of the then-President’s son, ex-police officer Robert Remiáš was assassinated just as he prepared to give a deposition about the matter on which he possessed vital information.

They planted a car bomb in his vehicle. They. Although it has never been proven who was behind his murder, from the very beginning the evidence pointed to the involvement of the Slovak Secret Service.

These murders share a common story: both journalists vigorously explored the signs of corruption, for which they paid the ultimate price.

I did not know Ján Kuciak personally. According to the media, he was a young investigative journalist who probed into and reported on tax frauds involving senior business figures with links to the representatives of the current government, especially the Minister of the Interior. He wrote about corruption cases associated with the use of EU funds, scandals of the party in power, and covered the Panama Papers case.

That he had filed a criminal complaint in September alleging threats indicates that he was on the right track. However, the police repeatedly failed to act on his concerns before finally playing them down. Had they acted differently, it is likely that this young couple would be alive today. His violent death makes me look at and perceive the work of investigative journalists, several of whom were my university classmates, in an altogether different light.

In the space of a few months, Ján Kuciak became the second journalist to be murdered in the EU, following the murder of Maltese journalist Daphne Caruana Galizia. These murders share a common story: both journalists vigorously explored the signs of corruption, for which they paid the ultimate price.

According to a Journalists without Borders report, Slovakia is ranked as a country with a high degree of press freedom. However, in recent years, that freedom as well as the state of democracy in Slovakia and neighbouring countries has been jeopardised. In November 2016, when the media questioned Slovak Prime Minster Robert Fico about the state of corruption and its links to government, he had no qualms about publicly labelling them as “dirty Slovak prostitutes”.

This official denigration of the status of journalists was repeated in the Czech Republic when President Zeman spoke about the need to “liquidate” journalists. This was said in public during a meeting with Russian President Vladimir Putin, although his spokesman did later claim that it was “just a joke”.

These paragraphs offer just a brief outline into the decreasing press freedoms in this region, a region where the politicians in power seek to build a New Europe.

In Poland, the government recently put forward a bill that aims to limit foreign ownership of Polish media, a move that has been viewed as an attempt to hinder the work of media outlets that dare to criticise the government. As well as his plan to “reform” the Polish judiciary, Kaczyński has made no secret of his desire to deconcentrate the ownership of Polish media.

This regional trend of curtailing press freedoms has potentially been most visible in Hungary. By establishing a “Commission” of select journalists (really a guild), Viktor Orbán has taken actions to make his dream of a compliant media a reality. Here journalists are given significant tax reliefs to encourage them to join this Commission and many publishers feel pressured to join in order to safeguard their operations.

This means that journalists favours will be purchased by granting them certain privileges while existential challenges and threats will be created for those reluctant to adhere to the policy of uncritical commentary of the work of Viktor Orbán.

These paragraphs offer just a brief outline into the decreasing press freedoms in this region, a region where the politicians in power seek to build a New Europe. The murder of a young journalist and his fiancée paint a stark picture of a democracy that is moving towards crisis point. I feel saddened and frightened, but also ashamed.

I am ashamed because, in recent years, the leaders of these countries have acted strategically to diminish the space of democracy and weaken society’s sensitivity to corruption scandals. Freedom of speech and an independent police, judiciary, and prosecution are fundamental pillars of democracy and in this region they are being eroded.

While these post-communist countries are still experiencing the early days of democracy, the response to these developments will tell a lot about the direction of their democratic trajectory. If these countries are to one day become mature democracies these limitations on press freedoms must be stopped and those behind the murder of Ján Kuciak must be brought to justice in a courtroom free from political interference by independent jurors.