Europe and the Arab Revolutions

In the aftermath of this year’s revolutions, the EU has rightly recommitted itself to the support of democracy and human rights in the Middle East and North Africa. However, although protesters across the southern Mediterranean share some of the EU’s values, they do not see Europe as a political model and democracy in the region is likely to produce some results with which Europeans are not comfortable. This brief argues that, in response, the EU should focus above all on the development of legitimate and accountable governments in post-revolutionary countries in the Arab world. Rather than backing specific political groups in countries that are in transition, the EU should work to create the building blocks and background conditions for fair and inclusive politics. The EU should also try to support human rights through transparent diplomacy and support for civil society. In countries such as Morocco that remain undemocratic, the EU should develop a more political approach that pushes harder for incremental reform in return for credible benefits, while continuing to engage on other EU interests. The use of violence against civilians in countries like Syria should be a red line for limiting cooperation, drawing condemnation and sanctions in severe cases. EU proposals on conditionality and a new European Endowment for Democracy will be most effective if they are focused on the support of accountable and legitimate government. 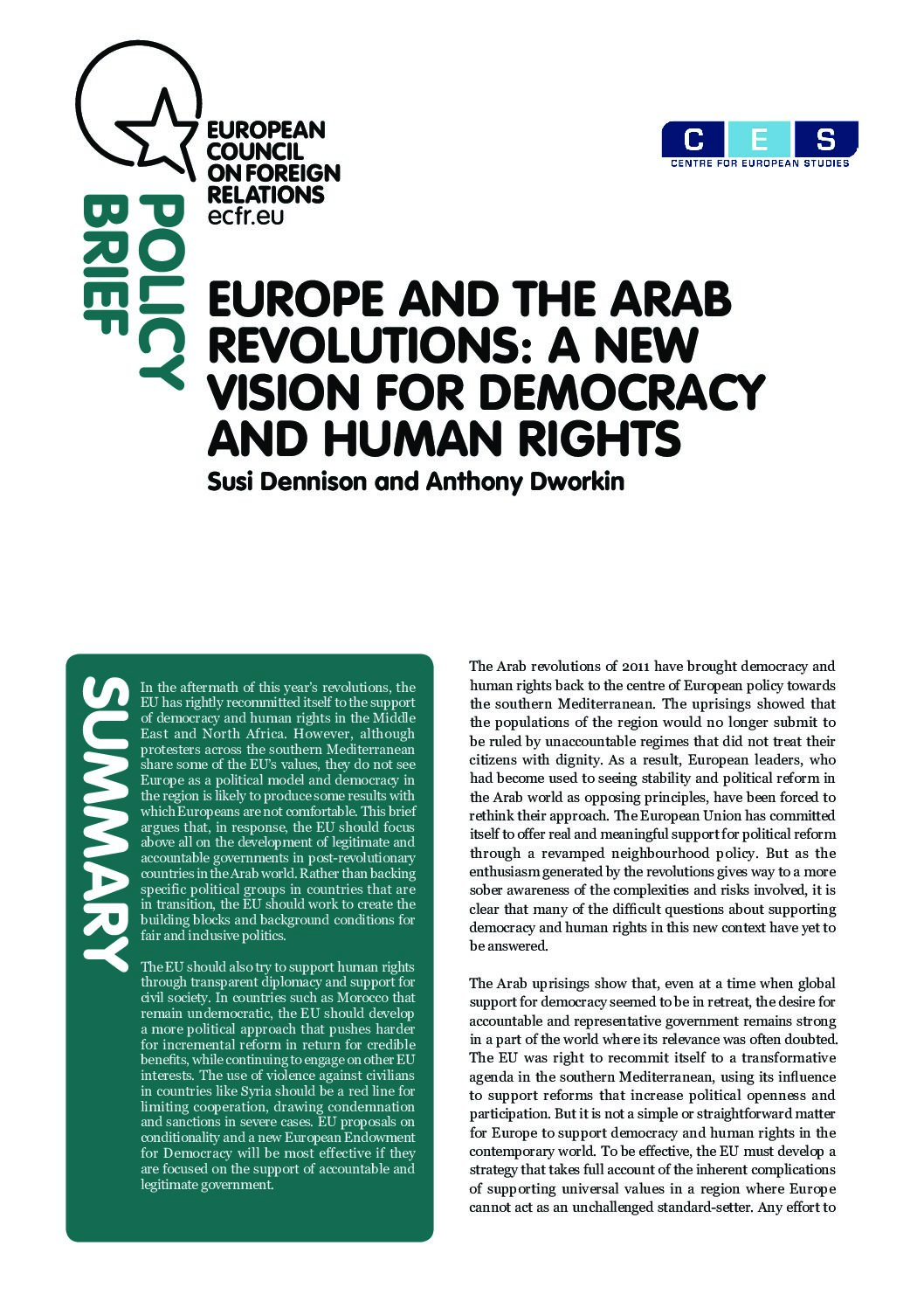