I say Europe, you say…? Interview with MEP David McAllister 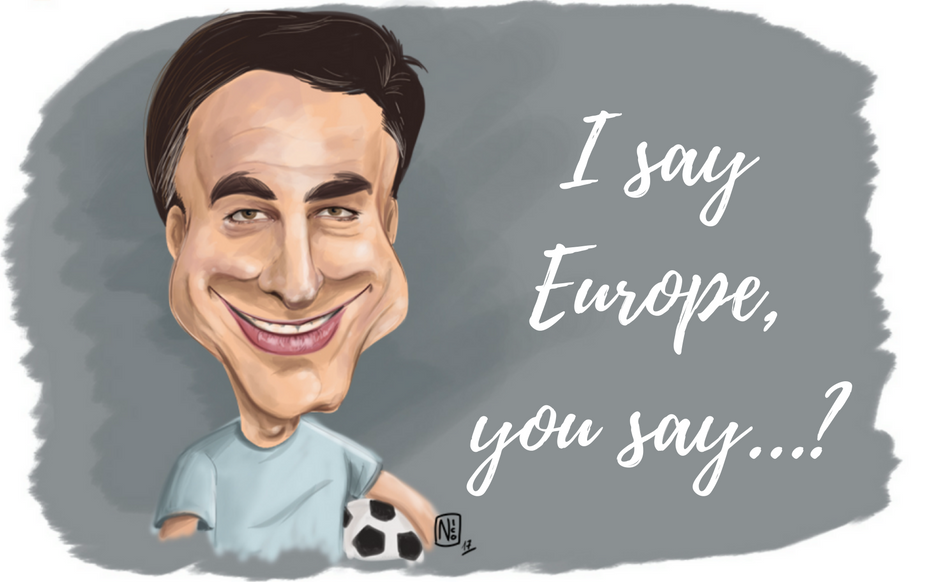 What was your first job?

Serving in the German Army (Bundeswehr) for two years.

Which was the most interesting myth about the EU you needed to bust in your career?

Being a coffee drinker myself, I was amused to read in a British newspaper that Brussels was trying to restrict the drinking habits of the United Kingdom’s coffee lovers. Of course, this was not the case.

The article referred to a study undertaken by the European Food Safety Authority, which assessed the different levels of caffeine intake. It concluded that a regular caffeine consumption up to 400mg per day is not worrisome for non-pregnant adults. The European Union never proposed to regulate how much coffee people drink.

How do you see transatlantic relations after 20 January 2017? As Chair of the US Delegation, is there still a perspective for TTIP, and, if not, what is the alternative?

The outcome of the US presidential elections was not what we expected but as with all democratic decisions, we have to respect it and work with it. Good transatlantic relations are crucial for us and we will continue to work on strengthening our partnership. At the moment, we are facing many uncertainties.

The new Trump administration is still being formed and we will have to wait for a clear political agenda. Even before the US election, the TTIP negotiations had already been tough. Considering the President-elect’s take on trade, a comprehensive free trade agreement between the EU and the US seems rather remote.

Prime Minister May’s strategy resembles a “hard Brexit” of rigid border and customs controls to reduce migration and a British withdrawal from the jurisdiction of the ECJ. The European Union’s position is clear: the British objective of restricting the freedom of labour while maintaining full access to the Single Market tries to “square the circle”. Full access to the European market without applying the fundamental freedoms is not possible.

We noticed you have your website in 6 different languages – how much is the EU level communication important for you?

The variety of languages, cultures and traditions is what makes the European Union unique. By now, my website is available in eight different languages to reach as many EU citizens as possible. We should never get tired of explaining the EU to the people. This is why I regularly inform about my work on Facebook, Twitter and my website. By subscribing to my newsletter, you can also receive monthly updates directly in your e-mail inbox.

As a former president of CDU’s Junge Union how do you feel about lack of youth participation and overall interest in politics and what needs to be done to change the negative trend?

When I was district chairman of the Junge Union, I enjoyed the positive energy of our group. Politics affects us all in our everyday lives and it is the youth of today that will change tomorrow. I encourage young people to get involved. Programmes like Erasmus or the newly launched Interrail campaign by Manfred Weber are good initiatives to engage young Europeans.

But there is certainly more that needs to be done. Education is key: How much do children and young adults learn about the EU at school? Often not enough. Therefore, I believe that the history of the European Union and the values it is founded on should be given more space on the curriculum.

Choose one of the following: moules frites or waffles?

Politics based on the rule of law.

For your next interview, I would like to suggest the former President of the European Parliament, Dr. Hans-Gert Pöttering. He initiated the idea of a “House of European History”, which is expected to open in 2017. The question I would like to ask him would be: “Where do you see the European Union in 20 years?”

“I say Europe, you say…?” is a series of candid interviews with centre right movers and shakers of the European project. From legislative work to food preferences, from weekday causes to weekend hobbies, we show you the human face of EU politics and its main protagonists.