I say Europe, you say…? Interview with Alexander Stubb 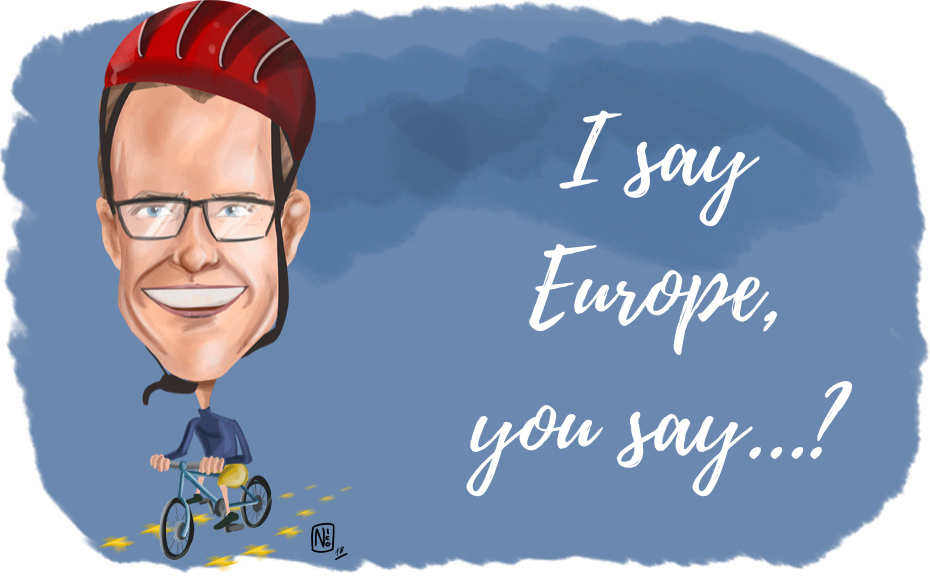 I say Europe you say…?

There are probably hundreds of myths, lots of misinformation, fake news, but probably the most classic one is about curved cucumbers – the one about how the EU, through its legislation, controls the producers of cucumbers. The logic behind the idea was that the EU wanted to help producers to fit as many cucumbers into the box as possible.

With a euro-sceptical government in Italy, we’ve witnessed an increase in the discussion about the eurozone’s debt and deficit rules, as to are they befitting for crisis-fighting. What is your view on the current rules?

Since the last financial crisis, we have advanced the leaps and bounds by introducing two pack, six pack ESN, Banking Union. They all take us in the right direction. It is important that the rules are followed and that we have mechanisms to ensure that everyone follows them. As our economies integrate and converge, we can, step by step, move towards more mutualisation.

Right now, do you think we are looking at a no-deal Brexit scenario and if so, how could this affect the EU?

I think we have three options – soft Brexit, hard Brexit or no deal (which could be called a cliff edge option as well). I would wish for a soft Brexit, but I think we will end up with a hard Brexit and I honestly hope that a no deal Brexit scenario will not take place. It would be economically and politically disastrous, both for the European Union and the United Kingdom.

You often tweet about different projects EIB implements across Europe. Could you share your favourite one so far and explain why you picked that specific project?

There are hundreds of favourite ones, but for instance we gave a loan to a Danish company which was working on a revolutionary antibiotic cream, that will help the lives of many people in Europe and across the world. But it can’t be slimmed down to a single project – for example every airport in Europe which we use to travel across our continent has been funded in one way or another by the EIB.

As you might know already, I am a sports fan, let’s say I’d go for Tour du France for cycling, I would follow Jean-Claude Junker on European politics and from the media side, let’s say Politico.

Speaking of your social media, you participated in a TEDx conference in Finland last year, you explained your 1+1+1 day rule for the year ahead of you (1hour for a book, 1 hour for exercise and only 1 hour for social media). Following your activity on social media one has to wonder have you been breaching it?

Yes, I succeeded for over half a year to read a book for one hour. I had a little bit of a break, but now I am back at it. I have always succeeded in exercising for one hour, but my biggest problem indeed was staying away from social media and going over the one hour a day.

What would be in your view a must-see in Helsinki, since we are less than a month away from the EPP Congress which will take place there?

Ah, we are not going to see much because it is going to be so dark in November, but I would definitely check out the new Helsinki library, which will open in December.

In your capacity of Chairman of the Crisis Management Initiative you’ve recently shared that only 8% of the peace negotiators are women. What can be concretely done to bring more women to the negotiating table in this regard?

In the process of preparing for this interview we learned that you always wanted to learn how to play guitar. If you could pick any person in the world to give you guitar lessons who would it be and which song would you like to master first?

Bono. Well, I am a big fan of U2 and I have always been. I guess I belong to that generation. I like his way of thinking about Europe and I think he is doing a great service to Europe by waving the European flag in his concerts.

The proposal for the EU Copyright Directive has been in the public eye since it has been initiated. It has received lot of criticism, especially from tech giants. What do you think about the proposal as it is now and do you think it will be adopted in January?

I think it has a fairly good balance between copyright, privacy and tech giants. This is what Europe is and should be about. We are a regulatory superpower and it is challenging to find a right balance in between different stakeholders, but in this case I think it was done well.

I’d have to say Twitter… Maybe I am a slightly more verbal than visual type of person.

Marianne Thyssen: Marianne, you had a fantastic career in Belgian and European politics. You have been a role model for many of us in the EPP. What are you going to do next?