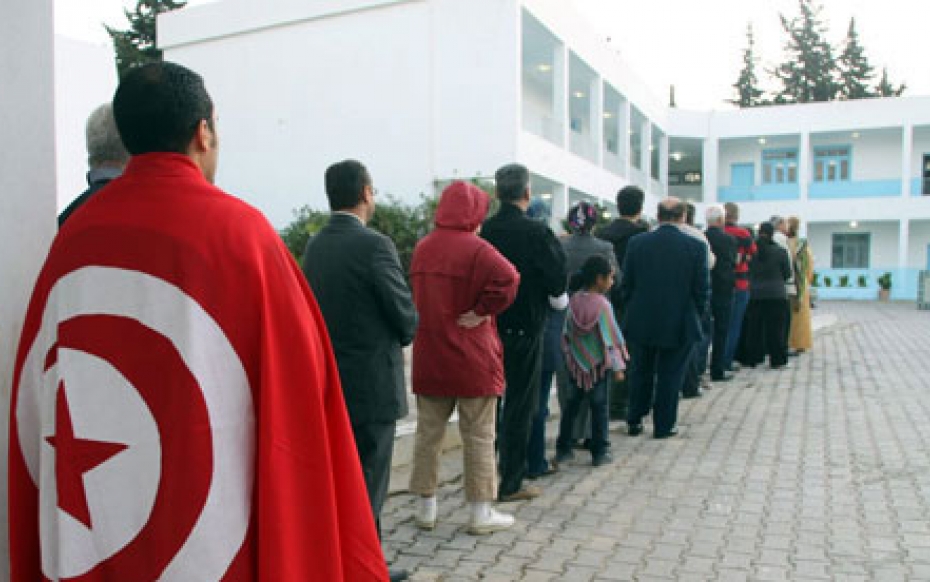 On 23 October, Tunisia held the first elections in the region after the Arab Spring. The results put the Islamist Ennahda party in the lead, but with the need to form a coalition with one or more secular centre-left parties. • Ennahda’s supporters see the party as a moderate political force supportive of women’s rights; however, its opponents warn of Ennahda’s double discourse and believe that, once elected, hardliners will impose a more fundamentalist view of Islam on Tunisian society.

Ennahda is likely to remain moderate in the short- and medium-term, especially in order to ensure the support of its coalition partners. However, in the longer term its policies could gradually lead to greater Islamisation of the country. • Contrary to the very well organised Ennahda, there are a number of secular, mainly centreleft parties in Tunisia, which are rather disorganised and significantly fragmented. Nonetheless, these parties hope to soon act together to present a more credible secularopposition to the Islamists.

The West should respect the results as a free and democratic choice of the Tunisian people while striving to be an inclusive partner. This means the West should show more trust and offer practical advice and support in the upcoming democratic processes in Tunisia, including the drafting of the constitution and preparing for the next elections. Background Tunisia is the regional front-runner in a number of aspects – its economy, sizeable middle-class, relatively educated population, greater degree of gender equality, vibrant civil society and overall modernity. It was Tunisia which started the wave of change that has infected other Arab countries with the desire for a more free and democratic Middle East, where human dignity is an indispensable part of society.

Tunisia is the first country to organise elections after the Arab Spring which, according to national and international observers, have been open, fair and conducted in a democratic and transparent way. Tunisia was also the first country in the region to withdraw all its reservations about the Convention on Elimination of All Forms of Discrimination Against Women and to guarantee gender parity on the electoral lists of all registered parties. The revolution in Tunisia may have caught the West by surprise, but the same cannot be said about the results of the 23 October elections. The various polls conducted before the elections were right to place the Islamist party Ennahda in the lead. The high turnout in the elections simply confirmed the strong popularity of the party, which, according to unofficial results, show anywhere from 30-40% of the vote and the biggest share of seats in the 217 seat assembly. The rest of the seats in the assembly will be proportionally divided among nine other political parties. Overall, more than 100 political parties across a wide political spectrum – Islamist, nationalist, leftist, communist, green and all imaginable combinations thereof –registered for the elections. Some parties had almost identical platforms, some had no platforms at all and some formed alliances, some of which have been dissolved and others yet to be created.

The results of the elections have provoked some protests in the country, but overall, Tunisians,even those disappointed by Ennahda’s victory, are determined to accept them. The same reaction should come from the West. After all, this result reflects the will of the Tunisian people. Who is the winner? Ennahda, or the Renaissance Party, is described, mainly by its supporters, as a moderate Islamist party; they argue the party is in the centre of the political spectrum, supports economic freedom and opposes radical Islam. It is the best-organised political force in the country and is well-funded with the strong grass roots support in the poorest areas. Its opponents, however, are doubtful of its moderate views and advise caution regarding Ennahda’s so-called ‘double discourse‘; while its leaders say one thing when secularists and the West are listening, local activitsts and imams in the mosques do the other. It is true that in its early stages, Ennahda – originally inspired by the Muslim Brotherhood in Egypt – was aligned with more extreme Islamist movements in the Arab world and was known for the strongly-conservative writings of its leader Rachid Ghanouchi. But this was more than 20 years ago, before the party was banned by the regime and Ghanouchi exiled to London where, according to some observers, he moved from classic conservatism to a more liberal way of thinking. Some observers argue that highlighting their moderate, progressive, rights-based approach to governance was just part of the election campaign, a guise to appeal to voters. These critics believe that, once elected, hardliners will impose a more fundamentalist view of Islam on Tunisia’s society, enforcing the code of morality and revising the code of personal status, thereby creating a negative impact on gender equality.

The election results now give Ennahda the opportunity to demonstrate how religious and how conservative the party really is and whether the Islamist fear, which was often used to support repressive government policies, is justified. Ennahda is in a powerful but precarious situation. It won the elections but cannot rule alone and needs to form a coalition with secular parties. This should be a reassuring aspect for those who fear a complete Islamist takeover.

Ennahda must now move from a protest movement to being the most important player in a coalition government. Another challenge for the party is that despite being a largely one-man show, it needs to work seriously within its lower cadres and with groups beyond the entourage of Rachid Ghannouchi. It also needs to confront ideological divisions within the party which have already led some of the more reflective personalities to leave to form their own groups. If the party wants to prevent further divisions, it does not have the luxury of becoming too conservative. More strategically, Ennahda‘s leaders must realise that women’s rights are very important to the majority of the population and that if they go back on their campaign promises and put limitations on a concrete rights-based legislation (by introducing concepts such as forced veiling, limitations on female education, polygamy, etc.), they will face opposition from within their own party as well as from outside, which would reduce their chances of being re-elected. Therefore, in the short- to medium-term they are only likely to adopt aesthetic modifications such as allowing the hijab or even niqab in universities or overturning the ban on veils in national identity card photographs.However, in the long-term this could lead, step by step, to greater Islamisation of the country.

Another worrying aspect for many Tunisians is that Ennahda’s internal party elections have been postponed until after the national elections, thereby giving Ennahda members a chance to elect a new and potentially more conservative leadership. Members of banned and more radical political groups such as the Salafi Hizb al-Tahrir have expressed interest in participating in the internal elections. If the party’s hard-line conservatives then come to power, there would be significant questions about Ennahda’s commitment to a moderate stance supportive of women’s rights. Who are the others? Since Ennahda has not won a majority of the votes, it will have to create a coalition with one or more secular parties. This means that it will need to promote a more moderate agenda to ensure the support of its coalition members. At the moment it seems like the coalition will be formed with two secular centre-left parties, namely Congress for the Republic and Ettakatol. Congress for the Republic, which came in second in the elections, was legalised after the revolution, while Ettakatol, or the Democratic Forum for Labour and Liberties, existed as an opposition party already under the Ben Ali regime (but was largely marginalised).

The main opposition party is likely to be the secular and centre-left Progressive Democratic Party (PDP). The election results were a huge disappointment for this party which, according to preelection polls, was expected to be the runner-up; in the end it only received around 10% of the vote. This could be attributed to the fact that the party was not as marginalised as the others, acting as the biggest opposition party during the Ben Ali regime. This clearly shows that Tunisians want to see a complete break with the past. The PDP will most probably form an alliance with other like-minded parties, including the Democratic Modernist Pole and the Party of Tunisian Workers, to offer a more credible alternative to Ennahda. The PDP’s main centre-left rival, Ettakatol, declined the offer of an alliance, but there are a number of other small parties who may join at a later point. Since there was such strong secular-Islamist polarisation prior to the election, many parties may be willing to make otherwise unlikely alliances within the secular ‘bloc‘ of parties.

Furthermore, a majority of the parties have been formed in the last eight months which, according to some analysts, means that the members – in order to support freedom, peace and development – are more flexible on their beliefs rather than being firm with regard to their individual programmes. Other analysts challenge this argument by saying that the secular liberals are too divided and that it will be difficult to overcome this fragmentation due to ‘massive egos‘ of most of the party leaders. Therefore, they predict that these parties will go into the ‘political wilderness‘ for some months and later realise that they can becomerelatively strong only if they get to acts together. What message for the West? The West should show a little more trust in both the Tunisian Islamists and the Tunisian voters:The Islamists have been democratically elected and therefore will be accountable to the voters.They cannot push an agenda that the majority of the population does not want. Otherwise theirpower could easily have a short life; if they push forward an agenda that is too conservative, they will risk the same end as Ben Ali – an ejection from office. The revolution has simply broken the fear of Tunisian people and if politicians overstep their boundaries, people will take to the streets to protest. Moreover, Tunisia has a relatively developed civil society, the highest literacy rate in the Arab world and a westernised cultural environment, especially in Tunis and the coastal areas.

All this, including the importance of tourism for Tunisia’s economy, constitutes a considerable hedge against extremism. The West should not turn its back on Tunisia’s Islamists, and instead should reach out to them. Analysts by large agree that the more excluded the Islamists are by the international community, the more radicalised they can get. But even if the Islamists in Tunisia remain moderate and take the Turkish AKP as a role model, it does not mean that there is no reason for caution. Looking at the AKP in the last years, the party has shown a growing influence over the judiciary and increasing restrictions on media freedom. On the foreign policy front, Turkey’s intentions in Iran, Israel, Sudan and its stance in NATO raise questions about whether this is the best example for a new Tunisia. Thus, the West should pursue a balanced mixture of trust and caution; it should be a partner who listens carefully and learns fast. The newly elected assembly will draft a new constitution, appoint an interim government and set a date for new elections late next year or in early 2013. There is certainly room for the West to offer practical advice and support in all these democratic processes.

Finally, what about the lack of trust? Such a lack has been proven to be best repaired through people-to-people programmes. Therefore, the West should place a strong emphasis on student exchanges, summer schools and cultural exchanges and internship placements for both Tunisianstudents in the EU and vice-versa.