Time for a new migration bargain with Erdoğan 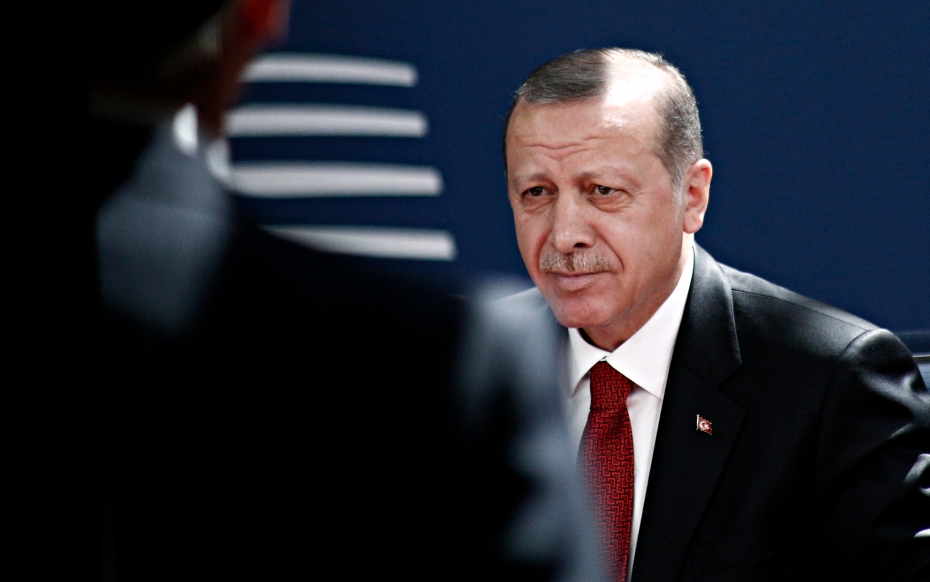 Despite partially delivering on his threat, to ‘open the floodgates’ of migrants to Europe, Turkish President Erdoğan remains a rational, albeit undemocratic, politician. The EU should strike a new migration bargain with Turkey, one that involves the creation of a safe zone and the protection of civilians in Idlib. All this should be part of the EU’s selective political support to the Turkish government.

Turkey surprised Europe again when, according to Reuters, an anonymous Turkish official uttered the following sentence on 27 February: “All refugees, including Syrians, are now welcome to cross into the European Union.”

Unlike previous rabble-rousing Turkish statements, this one was immediately followed by action. The Turkish intelligence service began organising transportation of migrants from centres inside Turkey to the Greek border. Refugees from Afghanistan, Iran, and Iraq were told that Greece would accept them on its territory. People boarded buses in the middle of the night and were taken to the border areas. At the same time, the news channel A-Haber, which belongs to President Erdoğan’s family, began advertising the news that the Greek border was open. Turkish police, coastguard and border security officials were ordered to no longer prevent migrant crossings towards Greece and Bulgaria.

The rest has already become history. February 2020 will be known as the month in which another massive migrant crisis started on the EU borders, although no-one can tell how long this one will last.

According to the Neue Zürcher Zeitung, preparations for the bus transfers of migrants from cities like Istanbul had been going on for days. It is not clear if the Greeks and Bulgarians knew that something was afoot. Nevertheless, they have responded well, and continue to do so, as they refuse any migrant crossings under the current conditions of extreme pressure.

We cannot exclude the idea that Turkey has deliberately targeted Greece at this moment. Just before the Turkish green light to refugees, clashes between local residents and riot police on the Greek islands of Lesbos and Chios were growing increasingly violent.

As is now clear, the main impetus for Turkey to engage in this ‘humanitarian aggression’ is desperation over the situation in the north-west Syrian province of Idlib where Syrian government forces, backed by Russia, have been engaged in indiscriminate killings, not distinguishing between jihadists and civilians. Turkey has a justified fear over a new wave of Syrian refugees crossing into Turkey.

Since the beginning of the Syrian conflict in 2011, Europe (and the West) have stood on the side-lines, without doing much to defeat Assad or to, at least, try to create peace in the country. The EU’s humanitarian efforts in the war-torn country and the painful lessons of the 2003 Iraq invasion cannot justify the bloc’s scandalous absence from any meaningful involvement in Syria. Europe has been paying the price ever since by having to face a neighbourhood that increasingly seems out of control. So far, the refugee wave of 2015-16 has been the most perceptible reminder. A new reminder is now being issued.

It is perhaps time to recognise that although we choose our friends, we do not choose our neighbours. Turkish aggression in the Mediterranean, and namely its incursions in the Greek airspace and illegal drilling in Cypriot waters, cannot be condoned. The same applies to the customary jailing and ostracism of journalists, academics and opposition politicians at home.

On the other hand, Turkey has already experienced regimes that were much worse than that of Recep Tayyip Erdoğan. The country is hosting the highest number of refugees in the world. If there were a no man’s land where Turkey is, there would be at least 4 million, and probably many more, refugees and migrants in the EU today. It is difficult to imagine in what state European politics would be under that scenario. Those who criticise the 2016 EU-Turkey migration deal invariably fail to answer that question.

And unlike some European NATO members, Turkey is on the right side in Libya, supporting the internationally recognised government in Tripoli. (Despite this, its maritime deal with Libya is very likely illegal.)

All this is to say that not working with the Turks is not an option. Europe, while criticising the Turkish regime on some policies, needs to lend a helping hand to others.

Despite all the recent geopolitical losses to Russia and Iran, there is still scope for meaningful European engagement in the region.

First, continuing with the business as usual is important. EU member states need to start preparing budgets for a new migration deal with Turkey after funds under the current agreement run out.

Second, as the current Turkish migration pressure is tied to the dismal humanitarian situation in the province of Idlib, the EU should strike an additional Idlib-focused bargain with Erdoğan. Persuading Russia to agree at the UN level to the creation of a safe zone with European boots on the ground, would have to be part of this agreement. A less ambitious but still effective means of protecting the local population would be the establishment of a no-fly zone, now promoted by the Netherlands.

Of course, all this should happen under the condition that Turkey has restored control on the Greek border and again, held up its end of the 2016 agreement.

When this condition has been fulfilled, European money and humanitarian assistance should be directed to the civilians in Idlib. Such European support should be tied to taming the unfortunate Turkish tendency to enlist local jihadist units in its service.

European governments need to hold up their end of the 2016 agreement as well. For example, they must resettle substantial numbers of refugees from Turkey, as foreseen by the agreement. Those EU governments that refuse resettlement may soon have to accommodate irregular migrants breaching their national borders en masse and, unlike resettled individuals, bringing along genuine security risks.

The ongoing negotiations on the EU’s long-term budget as well as the branding of the von der Leyen Commission as the geopolitical commission offer an excellent opportunity for Europe to step up its game in Syria.

Recognising that Turkey may not be a friend, but remains an ally would be the first useful step in this process.