The Trump-Putin deal gets real 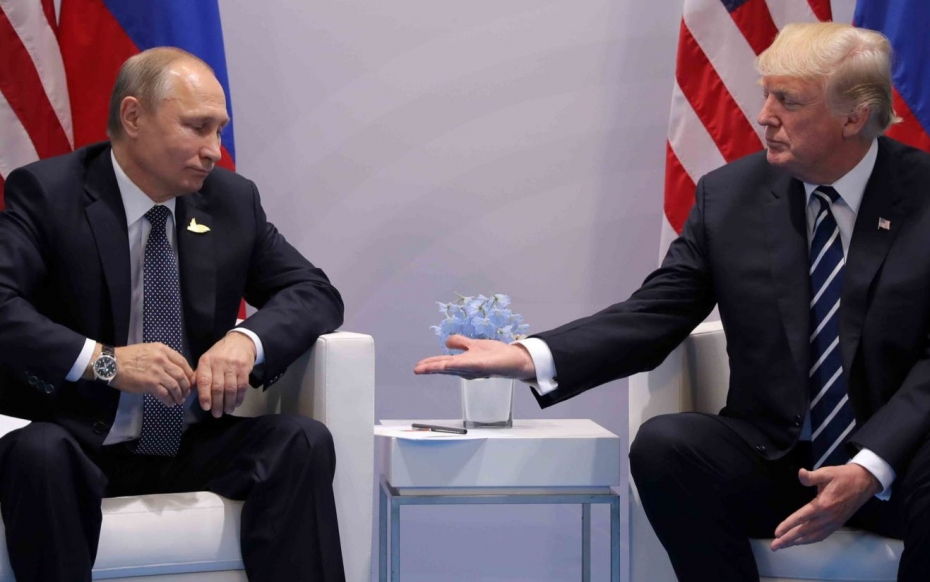 I guess it’s clear now that Trump and Putin will indeed get along, much as I had predicted immediately after the U.S. Presidential election last November. The personal meeting between the two strongmen had played a groundbreaking role here, as was discussed at the Martens Centre panel on transatlantic relations at the EPP Congress in Malta in March.

Beyond any doubt, Vladimir Putin is the net winner so far, because he hasn’t had to make any concessions during the meeting. However, Donald Trump indeed made some. First, he kept key realist professionals out of the room (H.R. McMaster, Fiona Hill), and he was joined only by Rex Tillerson, perhaps the most comfortable figure for Putin out of all current U.S. foreign policy decision-makers.

Second, whatever the talk was about Putin’s cyber-intrusion into U.S. affairs (parties issue contradictory statements), one thing is clear: the issue hasn’t really gone anywhere and parties quickly moved on to other issues of the day.

Third, Trump didn’t want to hold Putin accountable on his past behaviour – aggression against neighbours, interference in affairs of Western democracies, attacks on the liberal world order, crackdowns on human rights in Russia. Instead, “there was not a lot of litigating the past”, as Rex Tillerson told the media.

Let’s be clear: there’s only one beneficiary of this sort of “move on” attitude – Putin. He wants to default on his past sins and be accepted as a normal guy by Western leaders again. Trump made a huge step in that direction in Hamburg.

But more importantly is the question – what comes next? Technically, I’m convinced that they agreed to hold a fully-fledged bilateral summit at some time soon, but just don’t want to announce it now, to allow flexibility. On the substantial part – few things.

First: much will depend on whether the professionals (H.R. McMaster, Fiona Hill, Kurt Volker) will return to have a say in crafting out future U.S. policy on Russia, or whether everything will continue in a napkin-drawn impromptu mode. The latter is a dangerous option: Putin is tricky and has great skill in selling his side of the story to unprepared and inexperienced people. Many reasonable people whom I know often left Putin’s office with his worldview.

Second: without doubt, Putin now sees Trump not as much as a tool for lifting sanctions against Russia (he sees the difficulties with that, bearing in mind what happens now on the Hill), but rather as a tool to sow further confusion and distrust in Transatlantic relations.

Putin is happy to hear Trump’s bashing of U.S. NATO allies for not spending enough on defence, as well as his other public attacks on the leaders of major Western democracies. It’s obvious that both leaders don’t like Angela Merkel very much, I’m sure part of their dialogue either was, or will be, focused on how to bypass her in important decision-making on major global affairs.

This leads us to the major third point. In the grave current geopolitical crises – Syria, the Korean Peninsula, and the Saudi-Iranian standoff – a United Europe, the key remaining pillar of Western democracy, is often dangerously absent. Trump is working to solve most of these crises together with a bunch of autocratic leaders – and Putin perfectly fits into that profile.

Why treat him so much differently? Technically, there’s still a lot more freedom in Russia than in China or Saudi Arabia (and Turkey is rapidly moving towards the same direction). So, we’re back into some sort of replica of the XIX century reality now – it looks like major international issues are set to be resolved through a number of “deals” between Trump and some autocrats.

Europe, as the major hope and leading force of the free democratic world at a time when the United States has taken (temporary?) leave from that role, should step up and increase its role in important affairs of the world, if we do not want to rely on the unpredictability of Trump. For President Trump, shaping the new world order through a series of deals with autocratic strongmen seems to be a temptation that’s too hard to resist.

He likes doing deals that way – we saw that in Riyadh, and now in Hamburg. But that’s a dangerous road for the future of the democratic world order, and the only way to defend it right now is if Europe amplifies its voice in global affairs. If not, we’ll be rapidly sliding into the XIX century politics, a glimpse of which we saw in Hamburg during the meeting between Putin and Trump.