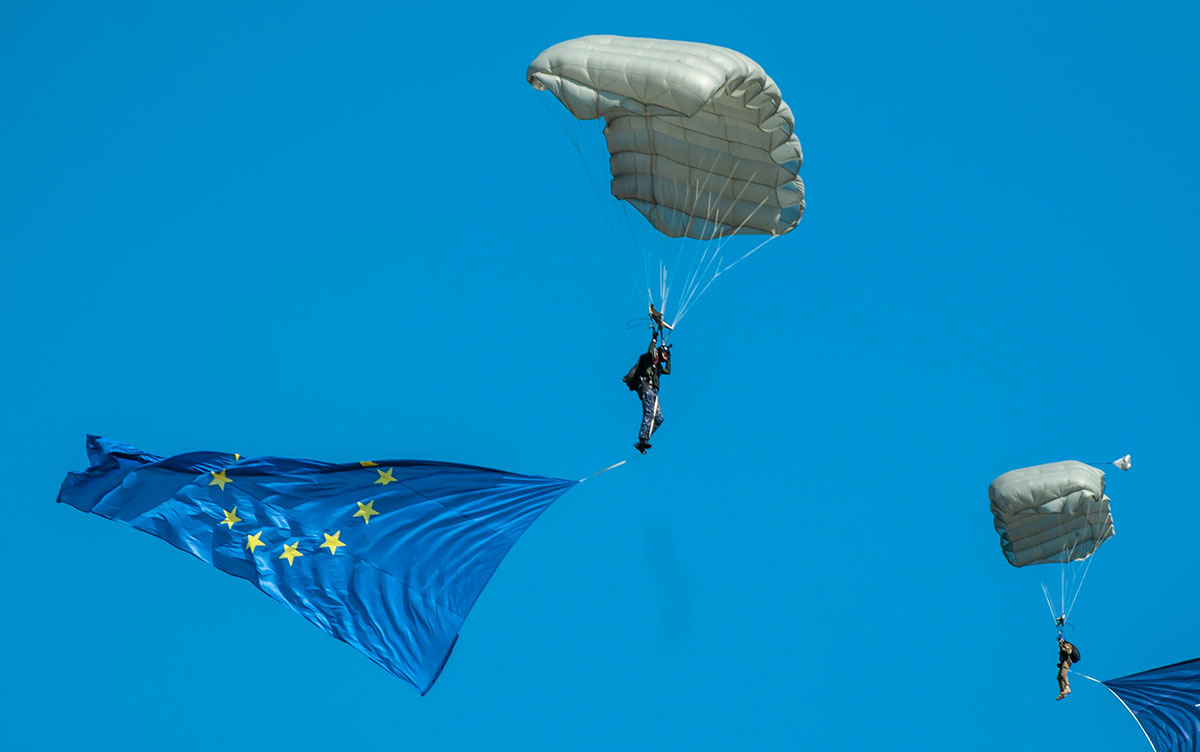 At the 29-30 August informal defence ministerial meeting in Prague, EU countries agreed on the idea of establishing an EU Military Assistance Mission for Ukraine. The mission will help Ukraine’s armed forces meet their training needs and boost their capacities as the country continues to defend itself against Russia’s invasion.

This isn’t the first time that the EU has discussed the establishment of such a mission in the framework of its Common Security and Defence Policy (CSDP). In a letter addressed to High Representative Josep Borrell in July 2021, Ukraine’s foreign and defence ministers, Dmytro Kuleba and Oleksii Reznikov, asked the EU for a military training programme to help train Ukrainian officers in response to Russia’s increased military activities along Ukraine’s border.

At the time, EU countries could not agree on setting up such a mission. While some supported the idea, others saw it as an unnecessary provocation of Russia. The Union eventually decided to enhance Ukraine’s resilience and help strengthen the capacities of its armed forces by adopting a €31 million funding measure through the European Peace Facility (EPF).

The EPF initially focused on non-lethal support by financing Ukrainian military medical units and field hospitals; engineering, mobility and logistics units, as well as cyber capabilities. Since the beginning of Russia’s invasion on 24 February 2022, this funding has broadened in scope to also help Ukraine acquire lethal capabilities and increased to €2.5 billion – half of the EPF’s budget line for 2021–2027.

In the ensuing months, multiple EU countries have launched national efforts to help train Ukraine’s armed forces and to boost the country’s capacity to defend its sovereignty. These include inter alia Germany, Lithuania, Slovakia, and Spain. In addition, Denmark, Finland, the Netherlands, and Sweden are participating in a training programme organised by the UK.

The EU itself has significant experience in conducting military training and advisory missions. At the time of writing, the Union is conducting four such missions, each of them in Africa: EUTM Mali, EUTM Mozambique, EUTM RCA in the Central African Republic, and EUTM Somalia. Their mandates range from strengthening their host countries’ defence institutions to training their armed forces.

It hasn’t always been smooth sailing for EU military training missions. EUTM Mali’s credibility was damaged by the August 2020 coup d’état in the country. Both the Mali mission and EUTM RCA have also been forced to suspend some of their activities due to the increased presence of the Wagner Group, a Russian private military entity, in their host countries.

Despite these challenges, it is generally seen that EU military training missions contribute positively to the effectiveness of their host country’s armed forces, especially when their host countries take political ownership of them. This will certainly be the case with Ukraine, which has expressed very explicitly its desire for an EU military training mission. The challenge is likely to be the unfamiliar context – training soldiers for a country defending its sovereignty against a great power aggressor.

Fortunately, the EU already has experience in dealing with Ukraine through CSDP. Since 2014, the Union has also been conducting a civilian advisory mission (EUAM) in the country. It assists Ukraine in reforming its civilian security sector to weed out corruption and enhance the rule of law in the country. Since the beginning of Russia’s invasion, however, EUAM has not been able to fully implement its mandate in Ukraine’s territory.

So far, the EU has said little about the mandate and scope of the planned Ukraine mission. In Prague, EU defence ministers simply agreed that the mission ‘should build on the existing bilateral [training] activities’ that EU countries have launched since February. It has been suggested that the mission could focus on enhancing the coherence of these activities and boosting coordination between them.

This means that the EU also needs to coordinate the new mission with key non-EU partners, notably the UK and the US, who are also involved in training to Ukraine’s armed forces. This will be crucial in ensuring that there won’t be unnecessary overlaps between the new mission and the various existing training activities that have been launched since February. The EU mission needs to provide the maximum added value to Ukraine.

For the mission to have this value, it needs to address the most urgent and concrete training needs of Ukraine’s armed forces. Kyiv has specified that it would like the mission to focus on areas such as medical support, sniper training, and sharing de-mining expertise. While medical support is unlikely to be controversial for EU countries, sniper training, in particular, might face opposition from several capitals.

Perhaps with this in mind, Borrell has suggested that—in addition to medical support—the EU could help Ukraine in providing protection against nuclear, chemical and biological weapons. Inevitably, the mandate of the new mission will reflect a political compromise between those EU countries that support it the most and those that are less enthusiastic about it. This has always been the case with CSDP missions because the Union decides on their deployment by unanimity.

The EU has also expressed that the mission ‘should work at least tentatively in the territory of an EU member state.’ So far, all past and ongoing EU military missions have operated outside the Union’s territory. Article 42(1) of the Treaty on EU (TEU) also specifies that, in the framework of CSDP, the Union can use civilian and military assets ‘on missions outside the Union’.

The Ukraine mission will therefore require a certain level of creative interpretation of the TEU if it is to become a CSDP mission and if it is to operate from the EU’s territory. The alternative would be to conduct the mission outside the CSDP framework as a type of coalition-of-the-willing or to have it based in a neighbouring non-EU country such as Moldova.

In the case of the former, the Union could still have a role in the mission by creating a dedicated coordination cell for it, which could be based in the EU Military Staff. It would then mirror the EU’s Coordinated Maritime Presences concept, which enables the Union to coordinate EU countries’ national naval deployments in a given maritime area outside the CSDP framework.

Given the urgency of Ukraine’s situation, the EU cannot follow its standard long-form CSDP planning process. The next meeting of the EU’s Foreign Affairs Council (FAC), the foreign ministers’ forum, will be on 17 October. However, the EU would like to establish and launch the mission before then. Borrell noted on 4 September that the Union could launch it ‘in the coming weeks’ if EU members agree. More concretely, the European External Action Service has envisaged that the mission could start ‘at the end of September/beginning of October’.

This would be exceptionally fast for a CSDP deployment. In the case of EUTM Mozambique, the most recent EU military training mission, for example, it took the EU seven months to get from initial planning to the launch of the mission. In the case of most other CSDP missions and operations as well, their deployment processes have tended to take months, not weeks.

To be able to establish and launch the new mission so quickly, the EU will have to use its ‘fast–track’ CSDP planning process. The fast-track process allows the Union to skip certain planning stages to deploy the mission quicker. The EU has already used it to facilitate the deployment of certain CSDP missions and operations. In 2015, for example, the Union used the fast-track process to facilitate the deployment of Operation Sophia in the Mediterranean.

Furthermore, if the EU wants to launch the operation before the 17 October FAC, it has the options of approving the relevant Council Decision in a different Council configuration (e.g., General Affairs Council, Agriculture and Fisheries Council) or using the ‘written procedure’ in which the Council asks EU countries to approve the launch of the mission in writing. Whatever it decides to do, time is of the essence: Ukraine needs support now.