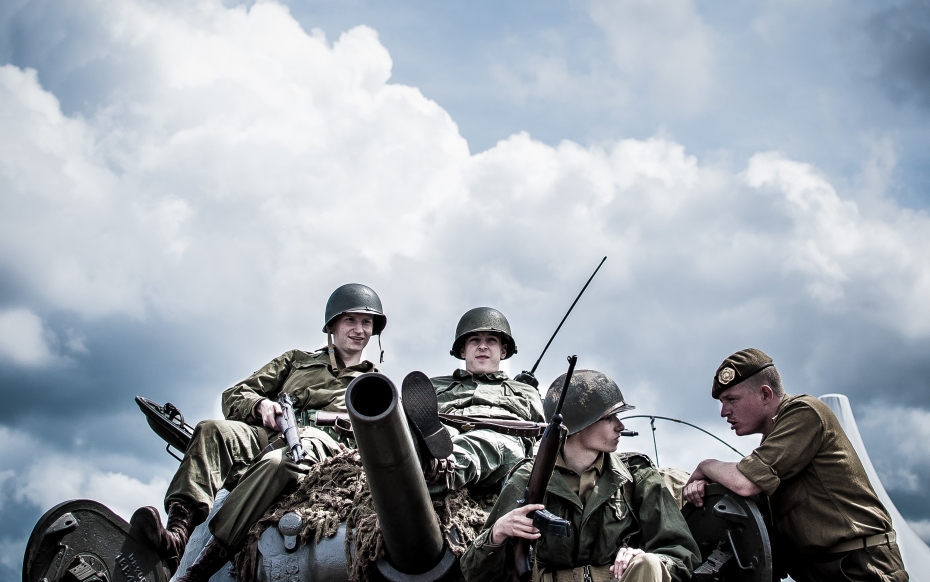 On November 10th 2017, the European Commission and High Representative of the Union for Foreign and Security Policy, Federica Mogherini, released a joint communication on improving military mobility in the European Union.

According to Mogherini, this is important because there is “a growing demand” for the member states “to coordinate and work together on defence”. This proposal is part of the EU’s on-going efforts to strengthen its role in the area of security and defence, which has gained momentum since the publication of the Union’s 2016 Global Strategy.

If followed up with a clear action plan, the proposal will strengthen the EU’s defence dimension, and boost its cooperation with the North Atlantic Treaty Organization (NATO).

If followed up with a clear action plan, the proposal will strengthen the EU’s defence dimension, and boost its cooperation with the North Atlantic Treaty Organization (NATO).

The logistics of European defence

‘Military mobility’ is a new addition to the EU’s security and defence jargon. It can be defined as the movement of military personnel, capabilities, and equipment within and across national borders.

During the Cold War, military mobility in Europe was facilitated because large exercises were organised regularly, and the infrastructure for handling force movements was in place.

Today, it is hindered by a range of physical, legal, and regulatory barriers, which make it difficult to move troops, equipment, and capabilities swiftly from one country to another. This creates delays and extra costs when troops need to be moved across borders to a multinational exercise for example.

During the Cold War, military mobility in Europe was facilitated because large exercises were organised regularly, and the infrastructure for handling force movements was in place.

In September, Lieutenant General Ben Hodges, Commander of United States (US) Army Europe, noted that “most people would be astounded” to find out what NATO has to do to move troops in Europe. According to Lt. Gen Hodges the Alliance has “to submit a list of all the vehicles, the drivers and what’s in every truck”.

Thus, it often takes weeks to obtain the permission to move through. Furthermore, the bridges and roads in many European countries are often unable to support the weight of armoured and other heavy vehicles. In a genuine crisis, such red tape and infrastructure problems could become security threats in themselves.

Recently, there have been calls, especially by the Netherlands, to create a type of “military Schengen area”, within which military personnel and materiel can be moved quickly throughout Europe.

In fact, the Dutch, together with a half-dozen other member states, have proposed a “military Schengen area” as one of the projects to be conducted within the framework of Permanent Structured Cooperation (PESCO).

The joint communication was welcomed especially by those EU member states that border Russia and require external assistance in the event of a crisis.

For example Estonia’s Ambassador to the EU’s Political and Security Committee (PSC), Lembit Uibo, tweeted that Estonia “welcomes the EU joint communication on military mobility” because removing bureaucratic and infrastructural barriers to the swift movement of forces in Europe “enhances our collective security and complements NATO”.

The proposal to improve military mobility in the EU is one in which there is nothing to lose and everything to gain.

The initiative also enjoys NATO’s full support. The Alliance’s Director for Defence Policy and Capabilities, Timo S. Koster, described it in a tweet as a “very helpful move” by the EU that was “carefully prepared” with NATO.

Furthermore, he saw that “everything civilian” about military mobility is best done by the Commission and the EU’s member states. Secretary General Jens Stoltenberg also thought that military mobility could become “a flagship for NATO-EU cooperation”.

The initiative is also backed by the United States (US). On November 9, US Secretary of Defence James Mattis noted that if you want a NATO that is “truly capable of protecting the democracies here [in Europe], you have got to be able to work together, and one of the most fundamental points of that is at the point of borders where you speed troops if they are needed somewhere else in the Alliance”. He saluted the Netherlands for pushing for a military Schengen in the EU, and noted the US supports the EU in implementing the Dutch proposal.

The proposal to improve military mobility in the EU is one in which there is nothing to lose and everything to gain. This is especially the case because its aim is not to take away the member states’ sovereign right to decide whether military forces from another country can enter their territory.

Instead, it aims to facilitate military mobility in full respect of the member states’ sovereignty and in accordance with the existing treaties and legislation. Thus, it will not require a treaty change.

The initiative also furthers the policy goals of the European People Party (EPP). To protect European citizens, the December 2016 EPP Paper on Security and Defence notes that the member states “shall cooperate, share relevant information and ensure rapid responses in order to build resilience, address present challenges, such as irregular migration, and effectively counter hybrid threats, such as cyber security and disinformation campaigns.”

The improvement in military mobility would certainly improve the EU’s rapid response capability, its resilience, and its ability to counter hybrid threats.

The next major step in the EU’s efforts to improve military mobility will be an Action Plan on Military Mobility, which the High Representative and the Commission will submit for the member states’ endorsement by March 2018. The European Defence Agency (EDA) has already set up an expert-level Ad Hoc Working Group to support the Action Plan’s elaboration.

As the group that has been leading the debate on European defence since 1992, the EPP is uniquely positioned to provide ideas and input to this Action Plan to ensure that it will be both ambitious and realistic.

The EPP could lead the way in proposing ways to cut the existing administrative red tape that hinders military mobility. For example the EPP Action Programme from the 2014 Dublin congress called for the EU to take steps to remove transportation bottlenecks, “especially in the form of administrative and technological barriers in order to create a modern, efficient and sustainable European transportation infrastructure”. Thus, the improvement of military mobility should be done in a way that would facilitate the realisation of this goal.