Putin is splitting up the EU, and tearing up Europe’s post war security order 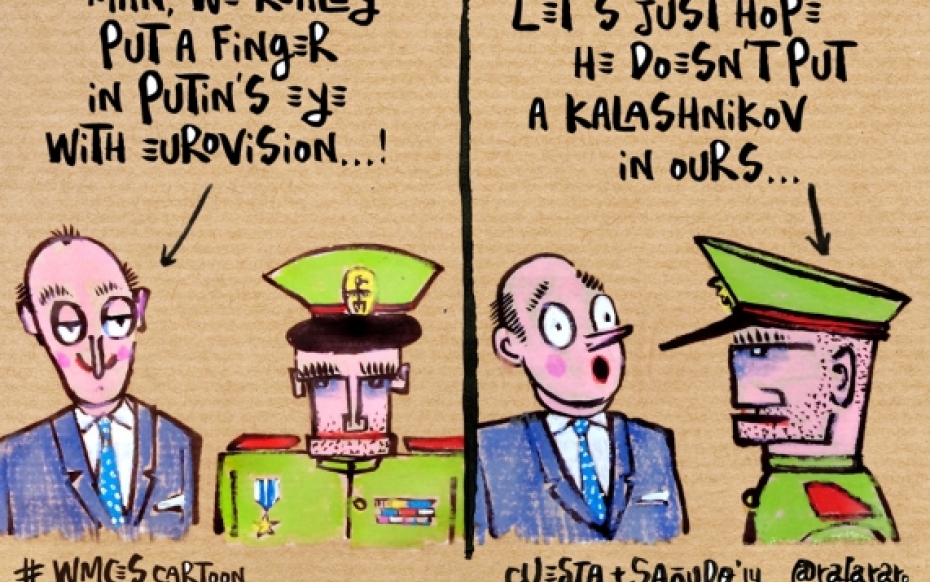 Russia’s tactics in annexing Crimea and destabilising Ukraine have torn up the assumptions, on which the relationship between the West and Russia had been based since the end of the Second World War.

Forcible annexations of neighbouring territory, a reality in the 1930’s, are now a reality again, thanks to what has happened in Crimea.

Power politics, and spheres of influence of great power, have replaced international law and respect for sovereignty, as the motive forces of European security.

As recently as 1994, EU countries, including Britain and France, reached an international agreement with Russia guaranteeing Ukraine’s frontiers, in return for the non trivial matter of Ukraine abandoning its nuclear weapons, and thereby weakening its deterrent security capacity in an important way. With the annexation of Crimea, that agreement has now been put in the bin.

Already, the EU is visibly divided on how to respond, even though international law on this matter is clear.

On the 1 August 1975, the then Irish Taoiseach, Liam Cosgrave was one of the signatories of the Helsinki Final act governing relations between European states. He signed along the United States, all other European countries (except Albania), and the USSR, which at the time encompassed both Russia and Ukraine.

As a small militarily neutral European state, Ireland has a greater interest, even than has a state which enjoys the comfort of a military alliance, in ensuring that these clear interstate principles are respected.

As Taoiseach, I happened to have been invited to address the Parliamentary Assembly of the Council of Europe on the very day the Assembly was voting to admit the Russian Federation to membership of the Council. I spoke in favour of Russian accession. Russia became a member on 28 February 1996. The Council of Europe is the source of a dense and comprehensive network of treaties on many topics, including human rights. The Council of Europe, and its Treaties, only have meaning to the extent that its members are willing to abide by international law.

The European Union also rests on the foundation of respect for international law. The EU only EXISTS because there is an assumption that international Treaties will be respected in ALL circumstances. The EU has no force to govern its own members beyond the force of international law in the form of EU Treaties. The European Court of Justice interprets these Treaties and its rulings are accepted by all EU states.

Dividing the EU has been a long standing Russian goal, and President Putin’s aggressive tactics appear to be succeeding in the goal of dividing the EU, in a way that previous Russian efforts have failed. At one end of the spectrum, countries like Bulgaria, Cyprus, Greece, Spain, Italy and Hungary are relatively accommodative towards what Russia is doing, while others, like Lithuania, Poland, Estonia and Latvia are alarmed and looking for resolute action. The bigger EU states are, painfully and unsuccessfully, trying to balance commercial interests against professed principles

The talks in Geneva yesterday have had two important tactical outcomes, the fact that Russia appeared to do business with the new Ukrainian authorities at all, and that it agreed to a request to all armed groups to desist from forcibly occupying official buildings. This will presumably apply equally to the Maidan protesters in Kiev as to the pro Russian protesters in eastern Ukraine. But as Russia does not accept any responsibility for the pro Russian protesters inside Ukraine, Russia will be able to wash its hands of responsibility if the occupations continue.

The key test will be whether the Presidential elections take place peaceably and fairly in May, and whether outside election observers are allowed to do their work.

Putin has shown that he is capable of moving fast, and of changing direction unexpectedly to suit the needs of the moment, while Europe is still laboriously scratching its head.

As 28 nations, the EU will never be able to move with the dexterity of an autocracy like Russia, but if it is not to have its policies dictated in the Kremlin, as a result Russian pressure on energy supplies, it needs to make a radical change in its own energy policies. It needs to build a proper energy union in Europe, independent of Russia, with complete inter connection of its energy distribution grids. That will require a lot of investment, and the diversion of funds from current consumption. But a long term decision like this would create a new momentum with which Russia could not ignore.