Populism: how should mainstream politics respond? 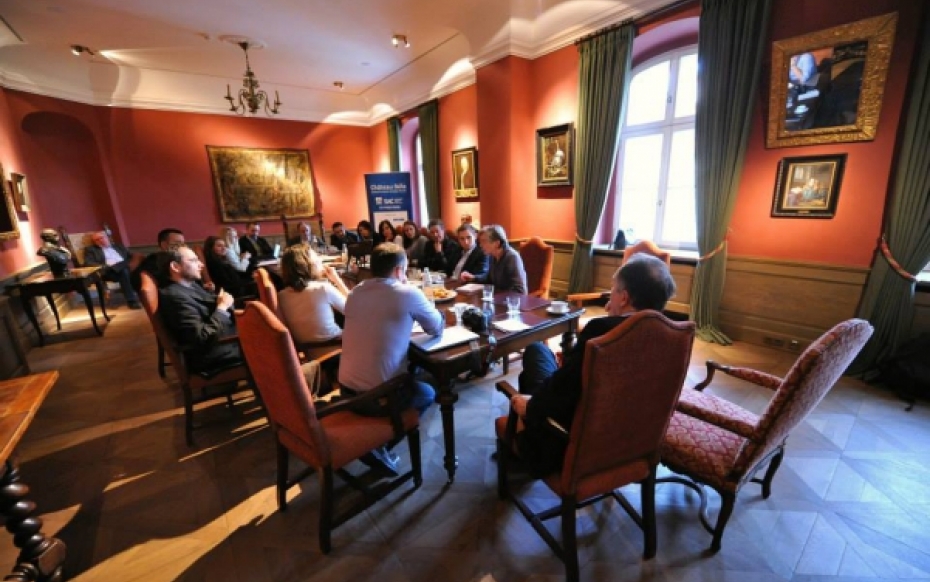 At the turn of November and December 2013, I took part at the annual Château Béla Central European Strategic Forum in Belá in Southern Slovakia. This conference brings together leading political and economic figures from the Central European region and beyond.

The conference was remarkable in allowing informal in-depth discussions on current political, economic and security issues. Traditional speaker-participant model was replaced by a model where all guests are direct participants in the debate. This year, focus was on the upcoming European Council on security and defence, transatlantic relations and NATO enlargement. The debates touched also upon the Vilnius Summit of the Eastern Partnership.

I was especially interested in conversations on the future of the European project, democracy and tackling voters’ apathy and political populism (with a focus on Slovakia and Central Europe).

My own contribution was on the need to open up decision-making in the European Parliament by doing away with the mode of voting in the plenary, during which records of individual votes are not kept. I also mentioned the need to increase transparency in the deliberations of the European Council and different Council configurations because the current decision-making regime is too opaque, leaving open questions on how policies are decided by political leaders. I argued that ‘demons thrive in the dark’ and that we should fight anti-European populism by transparency.

Others pointed out ‘the stunning silence of politics’ vis-à-vis the current economic and social challenges in Europe. This vacuum leaves a space for populists who are then more than happy to fill it.

In addition, mainstream political parties are using communication channels that ‘come from the nineteenth century’ (not literally), such as rallies, newspapers, television and radio. Populists and extremists use different, modern, channels such as social media and messaging, to mobilise their supporters.

One discussion during the conference opened up several dilemmas in how to address the populist challenge.

1. Should mainstream politicians and administrators isolate or engage the populists?

The argument in favour of the meeting is that the right-wing populist has elected by the people and therefore, has an unquestionable democratic mandate. The Commissioner is not supposed to discriminate in his meetings on the basis of politicians’ political persuasion. And isolating populists and extremists only helps their arguments that the European political elite is detached from the people.

The argument against meeting the right-wing populist is that the populist has demonstrated by his past actions that he is not ready for a dialogue. There are people you do not shake hands with.

2. Should we continue using ‘politically correct’ language in public discourse?

One argument is that political correctness is damaging for mainstream parties: These parties are afraid to describe and address some societal issues, such as the integration of immigrants or the Roma minority, for fear of offending these groups of population. Political correctness militates against a better understanding of the real policy agenda. Populist parties misuse this by breaking public taboos and offering simplistic solutions. We should therefore abandon the politically correct language and give societal problems, such as crime and the “lack of working ethic” within some minority communities their real name. Some centre-parties have actually succeeded, so the argument goes, in adopting populist language, while offering constructive solutions to public policy issues. This resulted in reducing the public support for the populists.

The counter-argument is that we should not abandon political correctness. Doing so would result in generalising about groups of people, such as Jews, immigrants, the rich people or poor people. Europe has had a bad historical experience with such generalisations and using the wrong language brings back the demons of fascism and communism. So, we should continue treating people as individuals, also in the way we speak about public concerns of the day. In addition, how far can we go in emulating the populist rhetoric without also becoming populists?

3. Should we abandon hope when it comes to the integration of the Roma people?

Despite living in Europe for centuries, the Roma are often not well integrated into the majority society in European countries. Populists exploit these problems, offering easy solutions to issues which the existing institutions have not be able to address.

One argument states that government policies are not working. Through their own fault, the Roma are living lives of poverty and crime. Governments have reached a point of ‘no return’. Integration will continue to be more and more difficult. The populists will be able continue spreading their messages of hate and intolerance.

The counter-argument is that a surprising number of private and public policies actually work. They include encouraging entrepreneurship by micro-credits. Companies and public institutions in Slovakia and elsewhere are succeeding in employing Roma workforce. Some schools are very successful in educating Roma children. Governments have made surprisingly little effort concerning Roma integration and from what has been tried, a surprisingly high number of policies, both in the public and the private sectors, are working. If we learn from these good examples, we have a realistic chance of addressing the issues, thus taking wind out of sales of populists.

These dilemmas are far too big to be resolved at any single conference. However, I was glad to participate in the Château Béla discussions, which provided useful avenues of enquiry and argumentation.