Occupy Together: The emergence of a unified global protest movement? 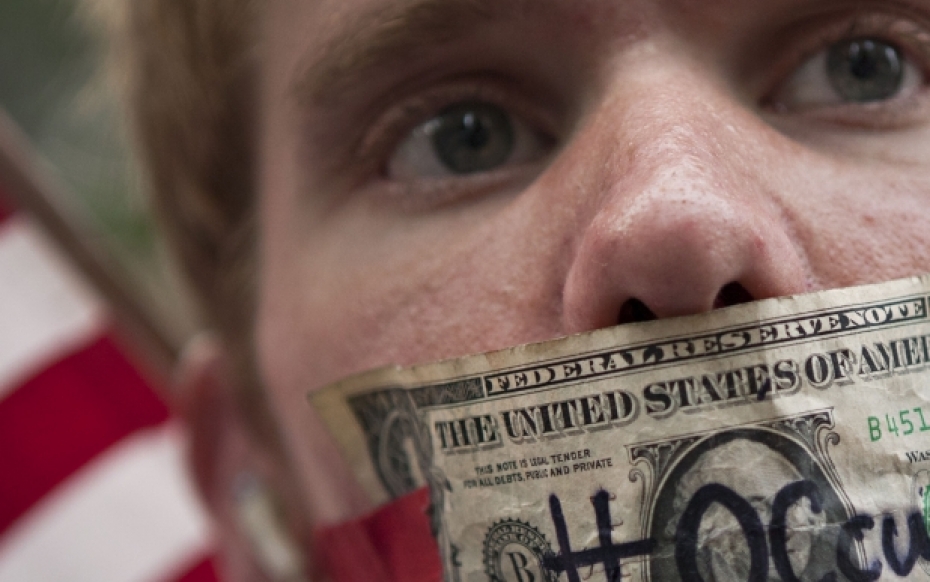 The “Occupy Wall Street Movement” has gathered in New York since September. Organising via blogs and adopting the slogan “We are the 99 per cent” (as opposed to the 1 per cent of the population who are wealthy), these protests have reignited an almost forgotten counter-globalization movement. Many different groups within society–not only unemployed people–are involved in a movement which currently has no real core identity.

The Left, including the extreme Left, wants to claim ownership of the intentions and goals of the very heterogeneous groups participating, which even differ from country to country. In many European cities, protest movements are visibly on the rise, including the “United for Global Change”, a so called world-wide protest day, on October 15th. This counter-globalisation movement is seeking to find a strategy to combine their objections with those of the national protesters. On 15th of May “los indignados” (the indignants) protested in economically troubled Spain, and protests in Greece likewise were composed of people with different political views and social backgrounds united by anger and despair. In Greece, one can even say a massive movement has emerged.

The counter-globalisation movement seeks to use these opportunities to recall their old slogans such as “A better world is possible!”. Indeed, after its emergence at the end of the 1990s, global, European and national elites have taken the old demands of the organization “Attac” seriously (the introduction of the Tobin Tax on financial transactions), which was founded in Paris in 1998 under the name = Association pour une taxation des transactions financières pour l’aide aux citoyens. Maybe surprisingly, the counter-globalisation movement was not very visible during the first global financial crisis in 2008.

This is changing now. First of all, after 3 years of crisis in many EU countries, with bank bailouts and an apparent retrun of at least some actors in the financial sector to some bad old habits, managers and bankers are much more clearly the scapegoats today. Second, countries like Greece, Spain and Italy have to implement strict austerity measures that are seriously hurting more and more people. Third, dimming economic perspectives for many Europeans correspond to a pervading sense of relative decline of Europe (and North America) vis-à-vis the emerging economies in China and elsewehere. Moreover, “citizens in anger”, formerly supporters of the state and the market economy who are shocked by the political and business elite, correspond very much to the bestselling French booklet “Indignez-vous!” (Time for Outrage). The author, Stéphane Frédéric Hessel, born in 1917, is a former ambassador, concentration camp survivor and French resistance fighter. The 32-page essay was first published in a small batch of 6,000 copies selling for not even 3 euro per piece. By the end of 2010, 6 million copies had been sold. But the ideas are extremely heterogeneous and specific: Hessel’s reasons for personal outrage include the growing gap between social classes, France’s treatment of its illegal immigrants, Israel’s behavior towards the Palestinians, the need to “re-establish a free press”, the need to protect the environment and the importance of protecting the French welfare system. He calls, from a leftist perspective for a peaceful and non-violent insurrection.

The Left has tried with the emergence of the counter-globalisation movement to give themselves a new narrative, in the words of the philosopher Slavoj Å½iÅ¾ek, a “communist manifesto for the 21st century”. Å½iÅ¾ek was involved in the Wall Street protests, as well as Naomi Klein. The Canadian journalist wrote in 2000 with “No Logo” a bible for counter-globalisation activists. Her bestselling book can be interpreted as a manifesto with neo-anarchist and Marxist inspiration.

But the protests have also met with some applause, or at least profound empathy, among conservative thinkers: Philipp Blond (the “red Tory”) has criticized Thatcherism from a fundamentally Catholic perspective years ago. The Daily Telegraph columnist and biographer of Margaret Thatcher, Charles Moore, has begun to think, in his own words, “that the Left may have been right, after all”, in a column written even before the London riots of early August 2011. His critique of neoliberalism was eagerly taken up by some German conservative intellectuals such as Frank Schirrmacher (editor of Frankfurter Allgemeine Zeitung) and Lorenz Jaeger (journalist). In Southern European countries, conservative criticism of the market has a longstanding tradition. But in European electoral politics, the main thrust relevant to the EPP family will continue to come from the Left.

The mainstream Left, such as the Party of European Socialists and many of its member parties, is trying to profit from the new wave of protests by pointing out that they have criticized “neo-liberalism” and “casino capitalism” for a long time already, and demanded stronger state intervention in the economy (“more politics, less capitalism”), a financial transaction tax, stricter banking regulation, as well as less emphasis on austerity and more on stimulus. Of course, this last point is made especially by socialist parties in opposition, not those in power in Greece and Spain which have to enact austerity themselves.

Currently, we can see all possible forms of protest: violent and non-violent, reactive and preventive in terms of the timing of police intervention, spontaneous and long-planned, illegal and legal in respect to the law, repressive and tolerant in the ways of expression, brutal and calm related to the degree of force used and broad and selective in terms of an intended programmatic agenda. There is an ambivalent, declining confidence in legislatures and governments, but no general distrust of coherent polities within European national systems. But more and more, populations (as well as the media) are in fear of a so-called casino-capitalism and the alleged injustice of the financial system.

Options for a smart reaction:

Here is how the EPP family should react to the protests and their underlying resentments, as well as their instrumentalisation by our political competitors:
• The new global protest movement is extremely heterogeneous. It combines really existing new fears about the future of individual people with well-known and somewhat worn out radical leftist ideology.
• The main difference between 2008 (when protests were expected but never materialized) and today is that austerity has begun to bite, and that the general mood of economic decline has spread.
• The EPP family should point out that it understands the individual fears about economic perspectives, and some of the anger about financial market instabilities and bankers’ payments. But it should not buy into the anti-capitalist rhetoric of the Left. Nor should we show any understanding of the violence used by diverse radical groups which have only been waiting for the moment to profit from protest movements like this.
• It should point out the contradictions in the leftist narrative: between a general critique of austerity on the one hand, and the budget cuts by socialist governments themselves. Above all, it should make a clear distinction between smarter financial market regulation that is needed to SAVE the markets, and a fundamental critique of the market economy which is the road to nowhere.
• It should keep on repeating that besides airing their resentments (however justified or unjustified they are) and criticizing “global capitalism”, the “Occupy together” protests have not shown any coherent, systemic alternative to the globalized economy. Socialism, for the time being, is not on the placards. As soon as it appears, our family’s answer should be to point to the evident failures of socialist economics in the 20th century.
• Above all, it should point out that in order to overcome the crisis, we will all have to work longer and harder, and keep on innovating our economies, which includes both smarter regulation and further liberalisation, f.e. in completing the EU Single Market.