Is this what we wanted in November ’89? 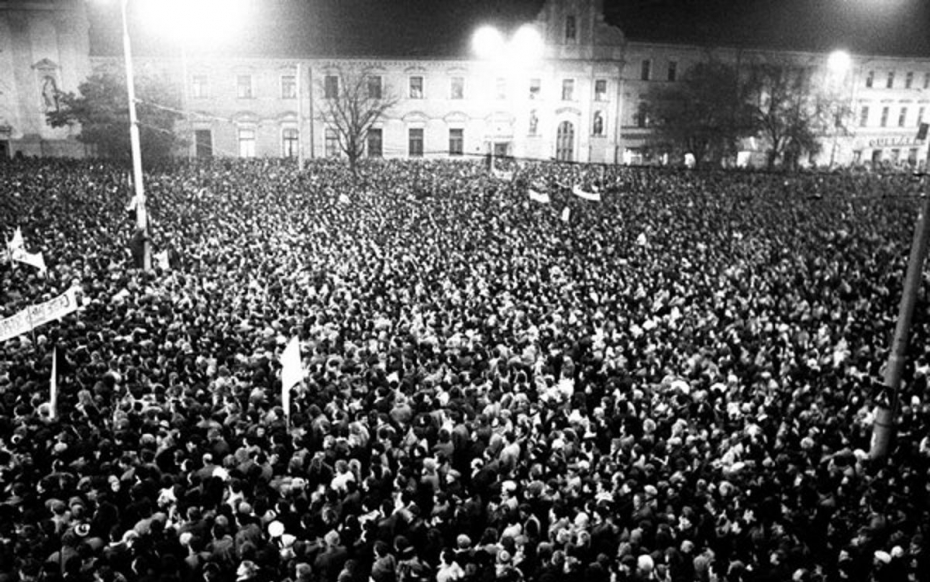 What was it that we wanted, what did we long for thirty years ago? What did we declare during the peaceful mass protests in the squares in November 1989?

First of all, we wanted to trade communist dictatorship and tyranny for freedom. For freedom in the broadest sense. We promised that we would push freedom not only into the political system, not just into the economic and business environment, not just into education and culture, but above all to give freedom to our ideas, plans and visions.

We also promised to spread love, understanding, mutual respect and decency instead of hatred and intimidation. That we would assign responsibility to freedom. We have learnt a new concept: values. We began to learn to understand this concept, we tried to grasp it and start working on it. Well, we promised to break out of isolation and enter Europe. Physically, politically and culturally. That we were integrating into the Western Community, a group of mutually shared values.

My view of the present tells me that the basic ideals of November ’89 have been fulfilled. The former post-communist countries are today full-fledged members of NATO and the EU. But, at the same time, it seems to me that there is not a lot to celebrate. It seems to me that even after thirty years of our journey have passed, we are much more divided than united. Why?

I think it is mainly because we have not grasped freedom for the right end. For many, freedom has become the means of individual promotion at all costs – within the bounds of the law, but without consideration for its authority. Many of us started catching up too fast, regardless of the surroundings and the consequences of our actions. We plunged into the prey that had been hiding from us for more than four decades.

We began to glorify consumerism, becoming not only individualists but also egoists. We have forgotten values ​​and often also decency. We wanted to open ourselves to the world, but we began to close in our neighbours. Around the lavish dwellings, we began to build our small, stone, individual curtains … and so hatred replaced the envy and frustration of many. The space of freedom has been overrun with too much information, and recently by fake news. On the other hand, political correctness has emerged, often masking a real goal: to maintain or gain power.

We are already in Europe, but we do not know what to do with it and what to do with us in it. Instead of contributing to solving common problems, we closed ourselves in the jacket of the Visegrad Group, from which we shout almost exclusively “NO“. We have become part of the problems, not the solutions.

Significant anniversaries are an opportunity for renewing promises. Well, let’s go back to November ’89 as to spring, from which we can draw. Above all, let us make a promise to the strength of the years to come, during which our Western Community, with us in it and with it, must do so much.

In protecting our security, but also the environment, in reforming our economies and in the Eurozone, in dealing with pressures of migration, but above all – in protecting our shared values. In protecting our ‘way of life’. There is also a duty to help those who still don’t live in freedom and long for their own ‘November’. Whether they are people in or outside our European Neighborhood.

Finally, complicated our present may seem, it is great that we can live it. It is up to us how we handle it and what tomorrow we prepare for ourselves and for our children. We owe this also to the bravery of the men and women who were able to resist the communist regime and, with belief in liberty, sacrificed their lives. It seems to me that the real importance of November ’89 is to understand that however important historical moments are, our daily commitment and efforts remain crucial. May the message of November ’89 strongly encourage us in that determination.