Europe risks crumbling from within 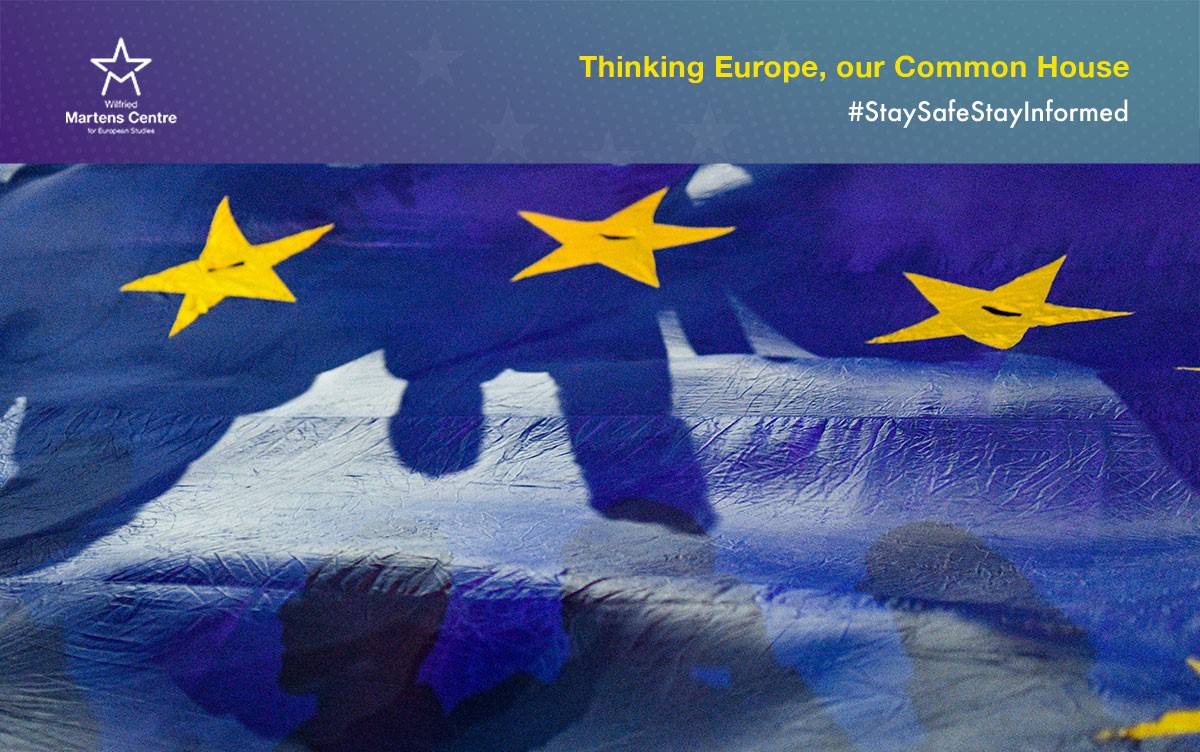 To me, it seems we can no longer go on this way. By this, I mean the disagreements about basic principles that we should all be able to believe in. For us Europeans, a greater threat than the coronavirus pandemic is posed by our inability to act in a number of important areas. Areas that are essential to the future survival of the European Union.

For years, we have not been able to address the rule of law violations by several member states. The most striking cases are those of Hungary and Poland. Beautiful countries I know well from my time leading Slovakia into the EU and NATO in the 2000s. True, the European institutions initiated proceedings against the two countries (Article 7). But these proceedings had no practical result because the potential sanctioning of the “accused” requires a unanimous decision by all Member States. It therefore became another example of the EU failing to adhere to its basic founding principles.

And as a result, Europe risks crumbling from within.

Being aware of this paradox, the European Council and the European Parliament have attempted to make the drawing of funds from the future EU budget and the Recovery Fund conditional on the respect of rule of law principles. But again, as the budget is also adopted by unanimity of all Member States, this is like moving from the frying pan into the fire. The problem has been neither resolved nor simplified. Instead it has been amplified and broadcast as another signal of Europe’s collective weakness.

Likewise, the bravery, resolve, and strength of the revolutionary movement in Belarus compares to the unwieldy and inconsistent imposition of our sanctions against the Lukashenko regime. This comparison shows just how difficult it is to seek consensus on foreign policy issues, even in cases where the bottom line is basic democratic rights. The European Commission also recently put forward a new draft European Asylum Policy. The prospects of its practical application are very hazy. Not only because we do not have the tools and the courage to tackle the root causes of illegal immigration, but also because the agreement on this issue requires the consensus of all 27 Member States.

And we used to think that the British were the problem in EU decision-making?

The diagnosis of the condition which we are in today is bleak, but it is also quite clear: the EU is unable to make decisions in the areas that are vital for its sustainability and future.

We have reached a point when, with some embarrassment, we hear the Ukrainian president say that Ukraine is more European than some EU countries.

The disconnect between the EU’s ambitions and its actual reality has never been greater.

Europe, it seems, is addicted to grand plans and lofty-sounding strategies. But while we are busy developing public consultations, Erdoğan is laughing at us in the Mediterranean and threatening to send us illegal migrants whenever it suits him. We agreed on enhanced cooperation in the field of defence, but over-indebted Greece is compelled to buy new fighter planes to be able to avert Turkish threats. The mention of frozen conflicts, like the one in Cyprus (already 46 years old), seems all too obvious. Europe still stands on the sidelines (and sometimes on opposing sides) as the chaos and destruction continue in Libya.

Indeed, our greatest enemy is not COVID-19. It is our inability to take decisions. Our greatest enemy is the unanimity rule requiring the consent of all Member States in areas which, by virtue of their nature and the constitutional principle of subsidiarity, belong much more to the Community level than the national one.

We are facing a monumental challenge – to change the decision-making rules in the mentioned fields. Its enormity stems from the fact that this would also require the consensus or unanimity of all 27 EU Member States. But such consensus will inevitably have to be found. At any price. Because the current costs are simply too high to bear. It may be necessary to look for a solution even outside the treaties which are currently in force. Passivity now is simply an excuse for inaction. Europe’s only hope is to shape its future in its own hands.

Germany should raise the banner. Not because it holds the EU presidency, but because our fate, and theirs, are now hopelessly intertwined.