COP26 in Glasgow: A Climate Cup Half Full for the International Community 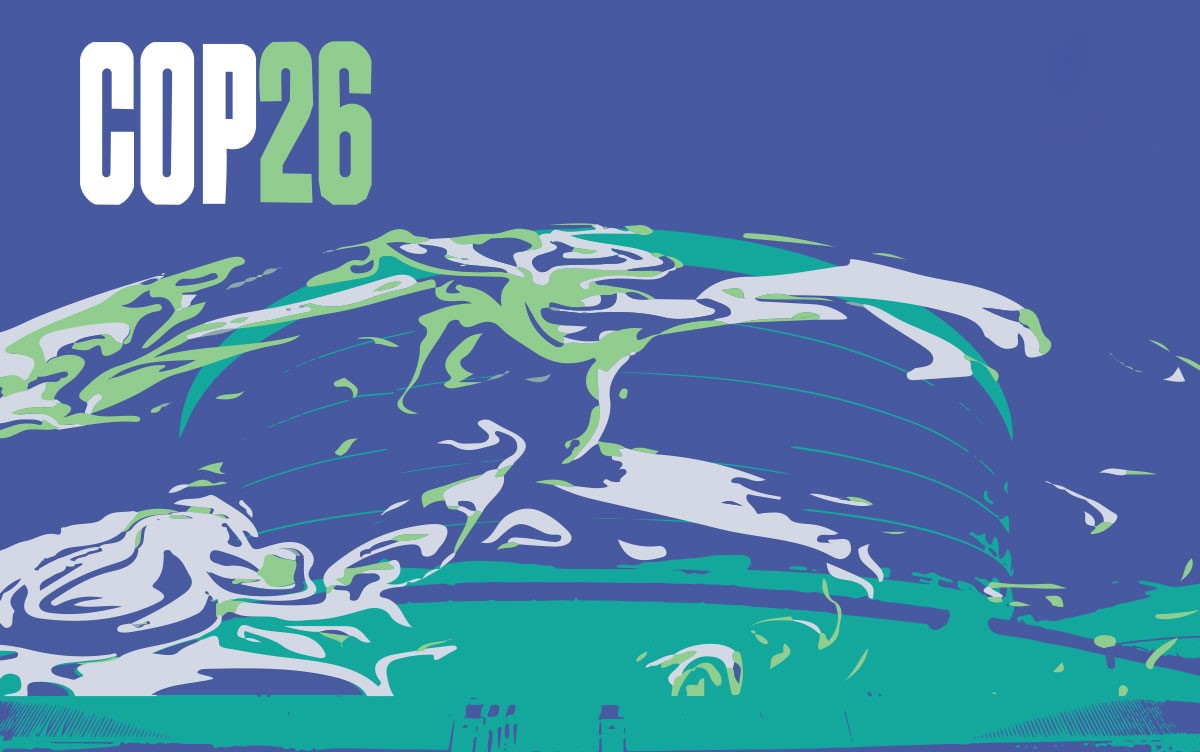 A touching speech by a teenage activist. An ambitious pledge to reduce greenhouse gas emissions. A breakthrough agreement by world leaders to rein in rising global temperatures. These are not the key takeaways from the recent COP26 in Glasgow, but a mishmash of the last 30 years of global summits and pledges on climate change. Perhaps this is beginning to sound familiar: the global community is on the brink of catastrophe and this year’s UN Climate Change Conference is the last chance to stop it.

It is easy to become cynical of these international conferences, even though climate change remains one of the biggest collective problems for the international community. Was the recent COP26 summit in Glasgow any different?

For the first time in the history of UN climate agreements, the Glasgow Climate Pact referenced ‘coal’ and confirmed the commitment of nearly 200 countries to ‘phase down’ its use. Young urbanites from Brussels or San Francisco might raise their eyebrows and shrug off this accomplishment as old news. After all, didn’t we all agree that coal is finished?

Far from it. For all its damaging effects on the environment, coal accounts for close to 30% of global energy consumption. All fossil fuels combined make up to 80% of the global energy mix annually by providing relatively affordable and stable energy supply. Even in the EU, coal and lignite are still in everyday use; this will be a fact until at least the mid-2030s.

Completely phasing out the likes of coal is necessary but extremely costly due to pre-existing infrastructure and energy grids. The recent Glasgow Pact commitment to limiting coal on a global scale is important, as the developing world relies mostly on fossil fuels for their energy security and economic growth. Disappointment came from China and India, who led a coalition that watered down the language and replaced ‘phase-out’ with ‘phase down’ in order to reflect their entrenched national interests.

This brings us to the ongoing friction between developing and developed countries on the climate front. Warning shots came just before the Glasgow summit when the group of Like-Minded Developing Countries issued a statement criticising rich countries for pushing the universal goal of net-zero emissions by 2050. The group posits that the developed Global North should raise their own ambition, fully decarbonise by the end of this decade and ‘leave the remaining atmospheric space for the developmental rights of the developing world’. It`s true thatone of the established principles of the UNFCCC is that international actors have different capabilities and responsibilities due to their respective social and economic conditions. However, shifting the onus primarily to developed countries with the expectation that they should completely restructure their economies in less than a decade is not only impossible to achieve, but also deepens dividing lines.

A case in point is the contested ‘loss and damage facility’ proposed by the G77+China group of developing nations, which would require rich nations to directly compensate poorer nations after severe climate events. Essentially, developed countries would be deemed as responsible for future natural disasters and stand ready to provide relief funding. This would turn into a downward spiral of endless claims and controversies between nations, with developing countries likely disincentivised to invest in adaptation measures as long as someone else is footing the final bill. Fortunately, this proposal was successfully blocked by the EU and US.

A point should be made on the political narrative and the debate on ‘climate justice’. The transatlantic political elite should be wary not to fall into a trap of its own making, where actual progress on climate change mitigation is replaced by claims for compensation or correction of historical injustices. A good example is the Foreign Minister of the island nation of Tuvalu, who received global attention when delivering his COP26 speech knee-deep in water. This narrative feeds well into our media-generated perception of the approaching climate cataclysm, but the facts tell a different story. Scientific research shows that in the past four decades, Tuvalu registered a net increase in land area of almost 3%, despite rising sea levels. We shouldn’t undermine the fact that many countries are, indeed, suffering disproportionately from environmental degradation or rising temperatures. However, cool-headed policymakers should be equidistant from both over-exaggerated victimisation and useless online virtue signalling when addressing climate change.

What developed countries should do is finally own up to an overdue promise to create a dedicated $100 billion fund to support less wealthy nations as they develop long-term measures for climate adaptation and sustainability. Although some Western countries committed to at least double their financial support by 2025, embarrassingly, there was once again no clear breakthrough at COP26 in finalising the full climate finance pledge.

The Glasgow summit might have left many disappointed due to the lack of ground-breaking headlines, but there were several overlooked positive spill-overs. More than a hundred nations supported the US-EU initiative on slashing methane emissions by 2030. A number of governments and automobile manufacturers joined a pledge on accelerating the transition to zero emissions from cars and vans by 2040 or earlier. We also saw a surprising joint declaration by the US and China on boosting climate cooperation over the next decade. Beijing remains an important piece in this complex puzzle, as China is the largest polluter globally (more than the US, EU, and India combined in terms of CO2 emissions). These small wins should not be underestimated and are a useful reminder of the true purpose of the COP summits.

Perhaps our perception of these much-anticipated UN Climate Conferences should be about expectations management. The British hosts sang the usual tune by raising expectations through the roof, despite the fact that they produced only a half-baked summit. Modern media cycles and activist rallies convince us that fundamental change should happen immediately, without mentioning astronomical costs related to this change or the fact that developing countries would be denied opportunities for raising their standard of living. Citizens should not be misled. These international fora remain a lowest-common denominator affair that promise big but enable many to free-ride during a slow and painful coordination process. The important thing is that they ensure the fleet of international ships sails in the same direction and holds a steady course.

For better or worse, this is the harsh reality of the international system.