Clean air is this crisis’ silver lining: let’s work towards keeping it 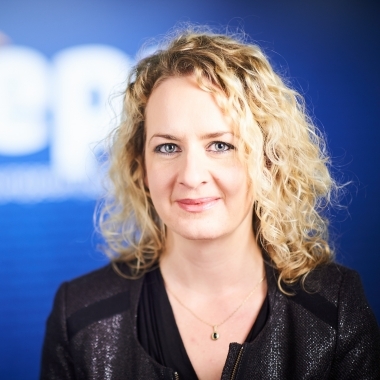 Amid the lockdown, we’re left awestruck by the arrival of spring: blue skies, brisk air, and the general abundance of nature. However, our senses have not been suddenly heightened as we mark the second month in self-isolation. Rather, the recent statistics from the European Environment Agency and the European Space Agency show that air pollution fell dramatically, in many European cities by up to 50%, as the world came to a standstill amid the Coronavirus pandemic.

The unprecedented public health crisis exposed the many vulnerabilities of humanity, with air pollution among the risk factors. The link between COVID-19 and poor air quality appears to be threefold: death rates are higher in patients with chronic illnesses linked with exposure to air pollution. Secondly, pollutants inflame the lungs, which become more susceptible to catching the virus. And lastly, particles of pollution might even serve as a vehicle to carry the virus further. However, smog has been deadly long before the COVID-19 outbreak and it causes 430,000 premature deaths in the EU each year. The World Health Organization identified air pollution as the biggest environmental risk to health in the EU.

The political commitment to reduce emissions has been embodied by the fight against climate change, with the primary target being carbon dioxide emissions, whose greenhouse effect warms up the atmosphere with devastating consequences for the planet. This noble cause rightly spurred global climate action, keeping world leaders awake until dawn during lengthy international negotiations, and attracted celebrity champions from Hollywood actors to youth activists.

Yet improving air quality is just as acute, with direct benefits to human health, biodiversity, and the climate as a whole. Air pollutants are different from CO2, and, rather than piling up in the atmosphere, they negatively and directly affect the air we breathe. The substances most harmful to human health are the dust-like particulate matter (PM), nitrogen dioxide (NO2), sulphur dioxide (SO2), and ground-level ozone (O3). They are primarily caused by road traffic, shipping, agriculture, domestic heating, and power generation. One might wonder, if air pollution is so dangerous, shouldn’t the EU do something about it? Thankfully, it already does, as air quality has been one of Europe’s main political concerns since the late 1970s.

Air pollution is currently regulated both at the international level, by the UN Gothenburg Protocol that sets binding emission reduction targets, and on the European level, by the Ambient Air Quality Directives that sets standards for the quality of the air we breathe. The EU also oversees the National Emission Ceilings Directive, that obliges member states to reduce total emissions of certain air pollutants, alongside other sectoral legislation.

Despite these comprehensive rules, in November 2018, the European Court of Auditors published a revealing report on air pollution, which concluded that citizens’ health remains insufficiently protected. While air quality has been improving, most member states still do not comply with the EU’s air quality standards. The European Commission faces limitations in monitoring and enforcing the rules. As of January 2018, it had 32 ongoing infringement cases regarding air pollution, and these cases can take up to eight years to resolve. So how can we advance from the status quo?

EU standards have played a pivotal role in reducing air pollution in Europe, with simple measures such as the mandatory use of catalytic converters for petrol cars since 1993, and tighter norms for all vehicles ever since. On the other hand, the fact that many member states still fail to reach some of the air quality targets demonstrates that there are limits to the effectiveness of regulation, and that over-regulation is hardly the way to go. However, we can hardly deny the ecological and health urgency.

What is needed is a paradigm that will shift the attitudes – of policymakers, businesses, and citizens – towards a new ‘normal’. And the Corona crisis might serve as the right trigger for the much-needed synergy between public support and political action. Behavioural scientists argue that people were able to comply with the stringent lockdown measures because they understood the logic behind them. The same public awareness can now be used to advance from compliance to commitment and secure some of the new habits we have adopted as a society.

The EU should continue to highlight the political priority of the European Green Deal as the centrepiece to Europe’s resilient post-Corona economic recovery with concrete, incremental initiatives towards achieving the long-term goal of climate neutrality and zero pollution. The future common agricultural policy is designed to contribute to climate action, as is the whole EU budget for the upcoming period 2021-2027. Sustainability should be mainstreamed in all EU policies, including finance and investment, promoting research, innovation, education, and improving public information. On the global level, as has been the case with climate diplomacy, the EU should promote clean air policies in all international fora.

Member states have a pivotal role to play. As governments outline plans for massive public investment and fiscal measures to aid industries struggling due to the Corona crisis, they should not miss the ecological opportunities to attain sustainable growth and resilient jobs. Strategies to achieve cleaner air for all citizens should be supplemented by the efficient and transparent use of available EU funds. People in rural areas should have access to affordable cleaner fuels to heat their homes. In cities, local governments ought to promote more sustainable forms of transportation. Many mayors already began adding cycling infrastructure and enlarging public spaces, as a step towards deconfinement while maintaining social distancing. Where feasible, employers should enhance the possibilities to work from home, which will reduce traffic peaks. And citizens should be empowered to make informed individual choices to opt for less polluting alternatives.

Let’s do it right so that we can all take a breath of fresh air!