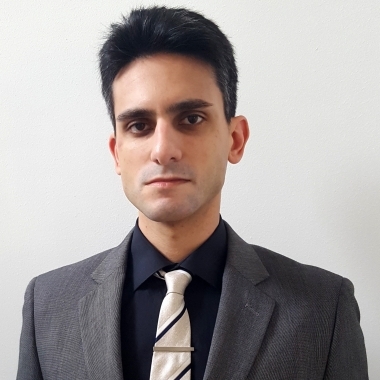 Donald Trump has repeatedly chastened European NATO members for spending less than 2% of their GDP on defence. In spite of recent reassuring declarations, his commitment to NATO has seemed wavering, and he displayed a readiness to coordinate with Russia in the Middle East.

Should the Trump administration reach a similar understanding with the Kremlin on Eastern Europe, the Europeans will shed tears of regret for not having followed his advice and invested in their defensive capabilities earlier.

Russia’s aggression in Georgia and Ukraine leaves little doubt as to the real unwillingness of the Kremlin to respect the sovereignty of the former soviet republics. And the Baltic States are next on the firing line. Urgent actions are needed in this field.

First, defence spending needs to be increased. West Europeans have relied upon the USA since the 1940s for their own security, de facto freeriding on US taxpayers in this field. With 23 European NATO members below the 2% threshold in defence spending, it is clear that Europeans have overlooked their national security for too long.

The time has now come for them to invest more on it. All of the European NATO member states increasing their defence spending to 2% of their GDP will send a powerful message to the Kremlin that they are serious about protecting Europe’s security and independence.

Russia’s aggression in Georgia and Ukraine leaves little doubt as to the real unwillingness of the Kremlin to respect the sovereignty of the former soviet republics.

However, the size of NATO’s battlegroups is negligible compared to that of the Russian forces they face. Establishing permanent European battlegroups of significant size, with the necessary equipment to deter Russian aggression, would reduce the EU’s vulnerability in the east, and perhaps lead to an improvement in its relations with Russia, as the Kremlin will have to accept that it cannot encroach upon its European neighbours’ territory.

According to the RAND report, this would cost around $2.7 billion, which is far less than what would become available if countries reached the 2% threshold in defence spending.

Third, the supply of military hardware for the battlegroups needs to be homogenised. Each member state using unique military equipment takes away the option of lending that hardware to one another. Lending military hardware contributes to cutting down the costs of transferring it, and it is an invaluable asset, as troops in warzones could use leased equipment right away.

For example, Greek F-16 and Mirage 2000 pilots, being experts in intercepting Turkish military aircraft violating Greek airspace, could assist in the protection of the Baltic States’ airspace using allied jets of the same type. Creating defence equipment homogeneity requires political will. So far the EU has been unsuccessful in creating military interoperability. Nonetheless, this should become a priority in order to secure European borders.

Europeans need to direct their militaries into defending the entire EU, and not just individual European states.

The President of the European Commission Jean-Claude Junker, has repeatedly spoken in favour of establishing a single European defence force. That currently being unfeasible, the Common Security and Defence Policy (CSDP) needs to be focused on the creation of battlegroups in member-states under threat.

Assuming that all NATO member states reach the 2% objective of defence spending over GDP that would still not deter Russia from being aggressive towards its neighbours. The fact that the European NATO member states spend on defence five times the Russian defence budget, and remain unable to secure Eastern Europe is embarrassing.

Europeans need to direct their militaries into defending the entire EU, and not just individual European states. After the end of the Napoleonic Wars the German states were facing similar threats to their existence by France and Russia. The Germans established the Federal Army to defend themselves, which was a collection of the armed forces of the member states of the German Confederation.

The EU could imitate this model in the near future, while bearing in mind that the Federal Army fell apart in 1866 due to the lack in commitment of several of its members. Thus, even more ambition may be needed in the long run.