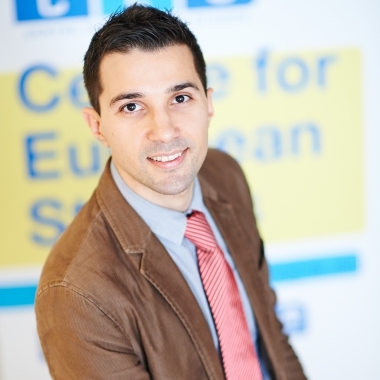 Kalin followed a master’s degree in International Business Economics and Management at HUB (KU Leuven), Brussels. He defended his master’s thesis in the field of innovation and business. Kalin graduated a bachelor’s degree in International Relations at SWU Neofit Rilski, Bulgaria. After arriving in Brussels he worked as an intern to a Bulgarian MEP from the EPP group and is a delegate to working groups 1 and 2 of the European People’s Party. Prior to his arrival in Belgium, for a period of three years, Kalin worked for the Bulgarian government in the field of public policies and reform. Kalin was a Vice-Chairman of the European Democrat Students and was active in the Youth of the European People’s Party previously. Before that he was an active member of Bulgarian student organisations and co-founded a student non-profit entity to support student networking and civil society. His areas of interest are EU reforms, public policy reforms, innovation and business, business regulation, SMEs and entrepreneurship, policies for youth, R&D and knowledge economy.