Rethinking EU Crisis Management – From Battlegroups to a European Legion?

This paper discusses an idea to create a European Legion that has been put forward by Radoslaw Sikorski, MEP. This would be a new kind of EU military unit, made up of volunteers rather than national contingents contributed by the member states. The idea stems from Sikorski’s desire to reform the EU’s existing battlegroups, which have been operational for 15 years but have never been used, despite numerous opportunities. The paper argues that although the EU’s 2007 Lisbon Treaty imposes heavy restrictions on the Union’s ability to deploy military force, it does not rule out conducting operations with a volunteer force. At the same time, a volunteer-based European Legion force would have to be created initially by a group of member states outside the EU framework. These states could then make it available to the EU’s Common Security and Defence Policy as, for example, a permanent battlegroup. An existing model would be the multinational Eurocorps. 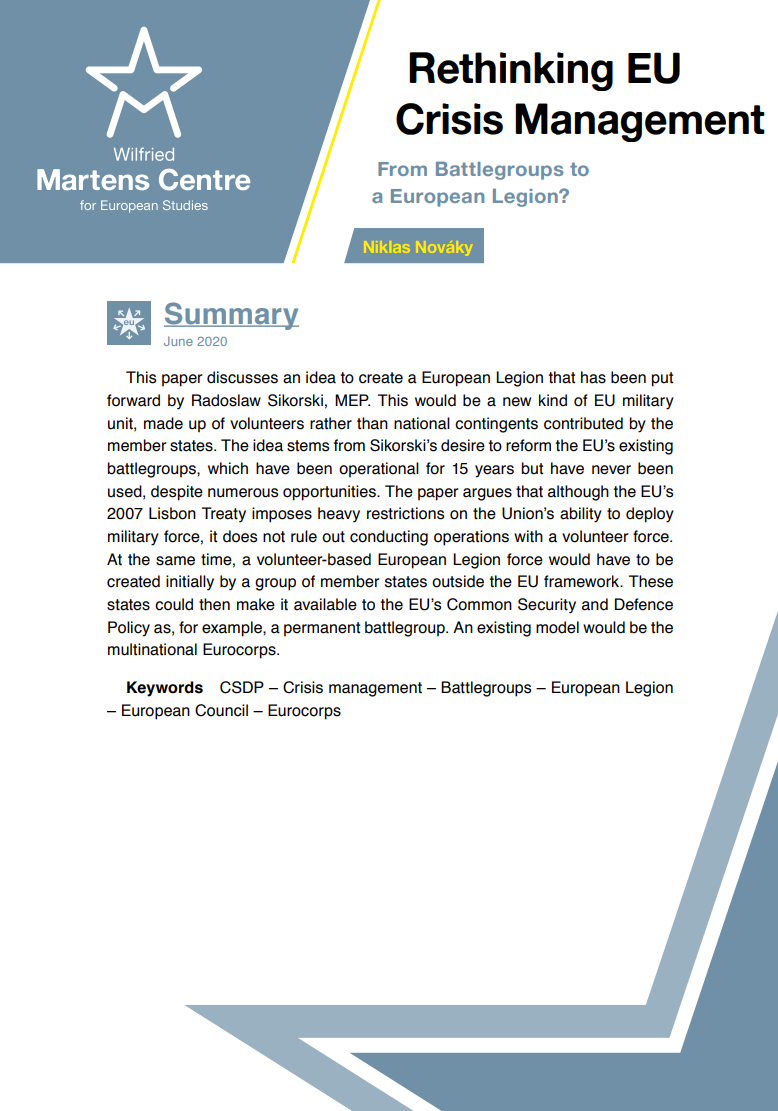