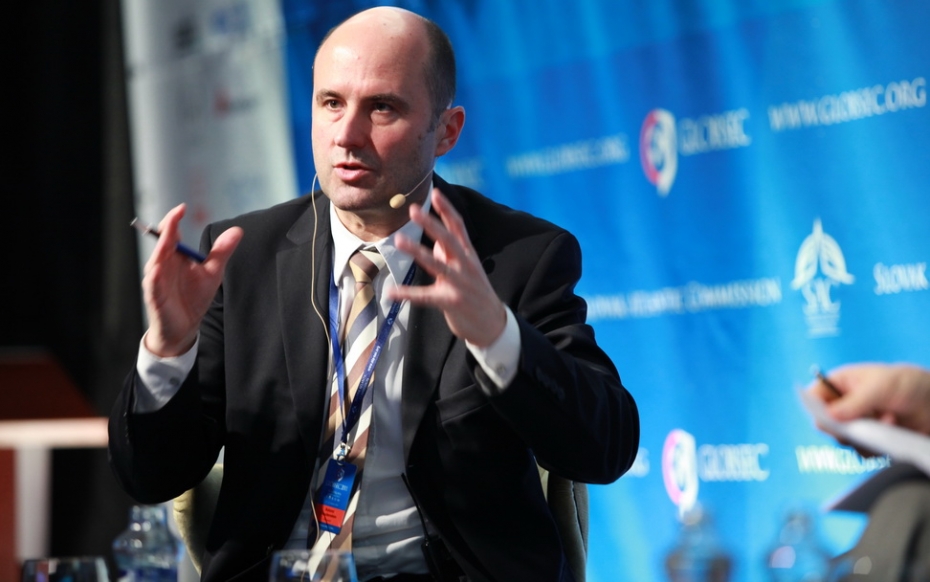 The Centre for European Studies is proud to participate as a Strategic Partner at GLOBSEC 2013 (Bratislava Global Security Forum), a high level conference that will take place during April 18-20, 2013.

Founded eight years ago, the GLOBSEC Bratislava Global Security Forum has become a unique foreign policy and security platform – giving a Central European twist to the strategic debate on transatlantic foreign policy, economy and security. With the participation of over 500 key stakeholders from more than 40 countries, GLOBSEC has acquired a stable position among the elite club of major conferences in Europe and North America and is often compared with prestigious forums held in Brussels or Munich.

This year, the Forum focuses on issues central to transatlantic and regional cooperation, including European economic prospects and the future of global economic governance. Panellists will also engage in debates over the character of Central European defence cooperation and Central Europe’s energy concerns. Other burning issues to be tackled at GLOBSEC 2013 include NATO’s post-ISAF role, new threats to cyber security, China’s role in the global financial crisis and challenges on Europe’s South-East doorstep.

As part of a packed programme, CES Deputy Director and Head of Research Roland Freudenstein will appear as a speaker in a panel entitled ‘Addressing Iran: Prevention or Treatment?’; he will be joined by Richard Norton-Taylor, Security editor with The Guardian, Amb. Kurt Volker, Executive Director, of the McCain Institute for International Leadership, Ayman Khalil, Director of the Arab Institute for Security Studies in Amman and Emily Landau, Director of Arms Control and Regional Security Program with the Institute for National Security Studies, Tel Aviv. CES Research Associate Katarina Králiková will moderate a panel on Arab transitions as part of the Young Leaders Forum side programme. Visiting Fellow Henna Hopia is also attending the Forum as commentator during one of the dinner sessions, entitled ‘UK in the EU: with Europe but not of Europe?’