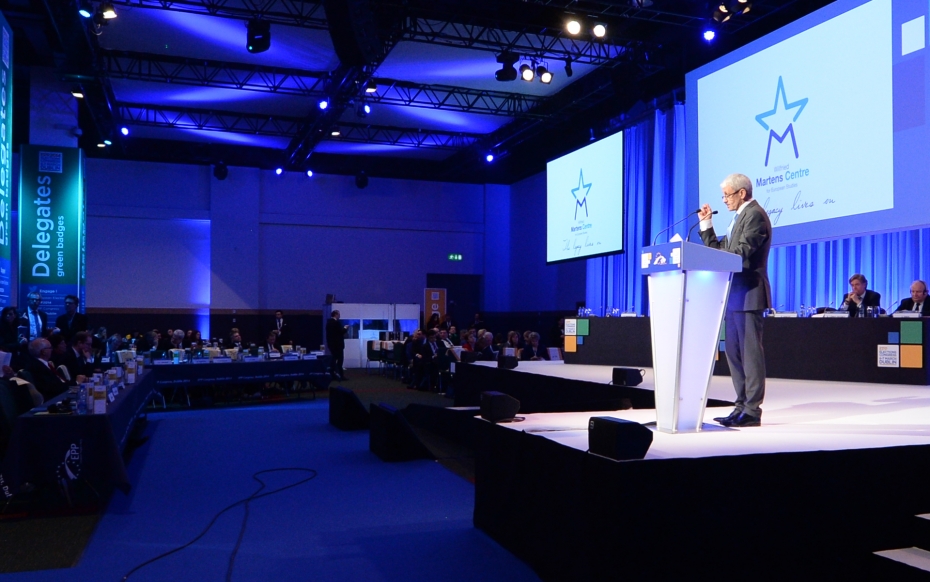 In conjunction with the name change, the Centre also changed its logo and can now be found online at www.martenscentre.eu.

During his presidency, Wilfried Martens was deeply committed to, and engaged in, the Centre’s activities. His lifelong motto ‘Thinking Europe’ has guided the Centre since its inception in 2007. ‘Wilfried Martens was the key driver in the development of the CES – now Martens Centre,’ said Tomi Huhtanen, director of the Centre. ‘The objectives of the Centre and the values it represents are inspired directly by him.’

During the EPP Congress plenary session on Thursday, the Centre’s current President and former Prime Minister of Slovakia, Mikuláš Dzurinda, praised Wilfried Martens for his life’s work: ‘The European Union is today a stronger project thanks to his contribution and the Wilfried Martens Centre for European Studies will continue this work. […] the legacy lives on.’