Online Event ‘The Return of the King: What does Brexit mean for Britain?’

Britain leaving the European Union has ushered in a new chapter in Anglo-EU relations. Yet, regardless of the nature of the future trading relationship, the political landscape in Westminster is facing an uncertain future. The onset of COVID-19 and its catastrophic impact upon the British, European, and global economies has created an additional headache for the Westminster government and its attempts to build a ‘Global Britain’ model. The crisis has also refocused the British public discussion towards domestic policy issues such as unemployment, the health service (NHS), and education.

To mark the launch of our latest research paper, the Martens Centre is pleased to welcome a distinguished panel of experts to discuss the future of British politics in the aftermath of Brexit.

How will the Conservative Party respond to reinvigorated opposition under new leadership? Is an independent Scotland finally a possibility? What now for the Anglo-Irish relationship? What are the key economic and social priorities for the British public in a post-Brexit environment? Will Brexit actually mean a more isolated Britain on the global and European stage? 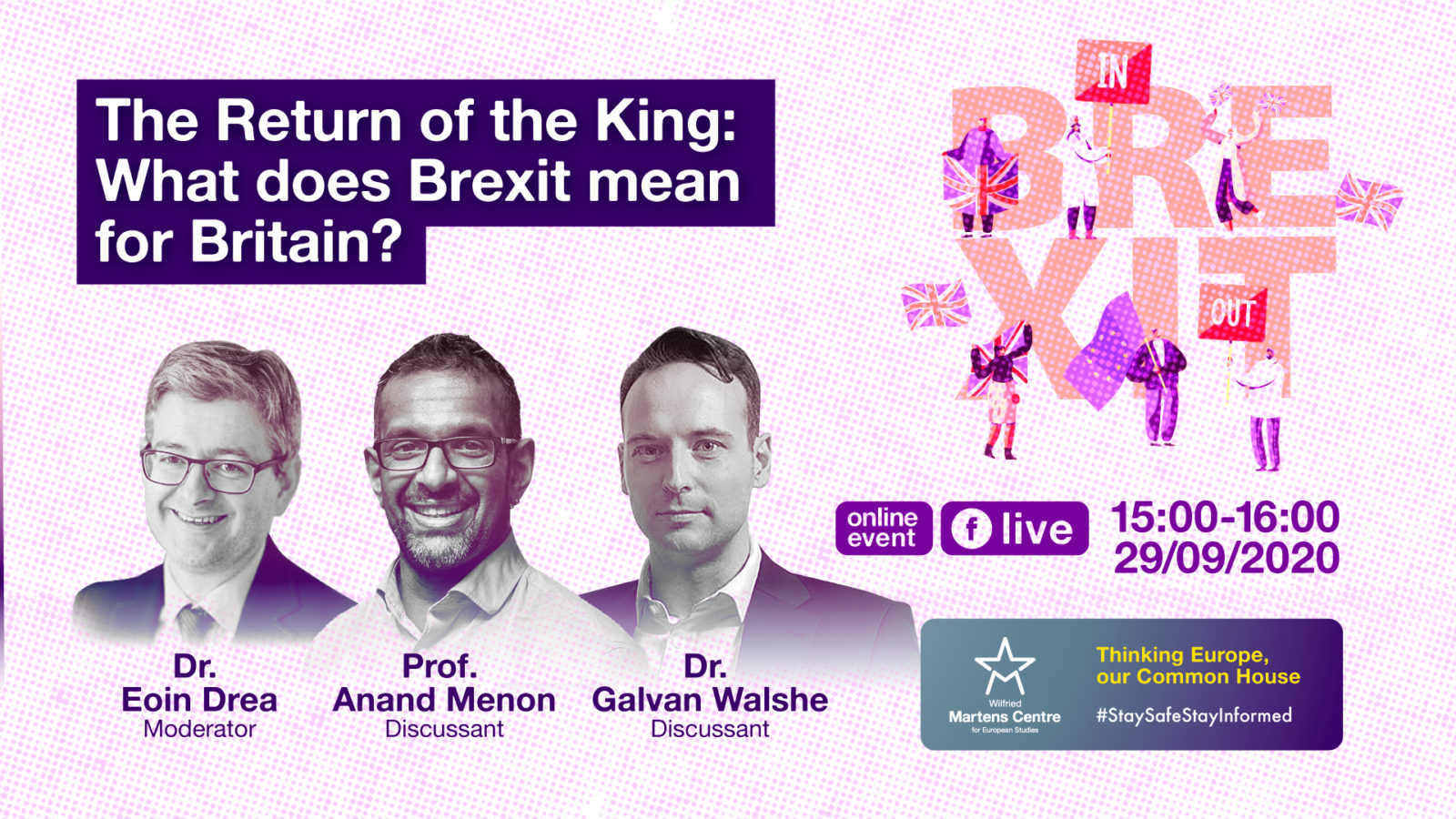