Putin’s Twilight? Assessing the Protests and the EU’s Position

Tens of thousands of people, young and old, marched through Russian cities and towns in January to protest against the imprisonment of the Russian blogger and Kremlin critic, Alexei Navalny, detained upon his return from Germany. Navalny, after his treatment in the EU for a near-fatal poisoning, was sentenced to two years and eight months in prison on 2 February. The protesters have been met with an aggressive crackdown by the police – not unlike that of Lukashenka in Belarus. However, there is more to protest than the wrongful imprisonment of the opposition leader.

President Putin has faced growing discontent among the general public for several years amid a decline in real incomes and the dissipation of the patriotic fervour that accompanied his annexation of Crimea in 2014. This Martens Centre webinar will focus on the following points: what do these protests mean for the Kremlin? Is this the beginning of the end of President Putin’s rule? How does the future that awaits the Russian population look like? What role should the EU play, and should it revise its Russia strategy now? Join us for an engaging discussion!

Putin’s Twilight? Assessing the Protests and the EU’s PositionPosted by 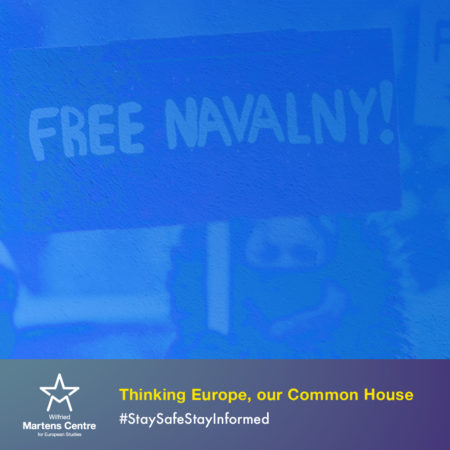