On 3 November, Americans will again choose the person who they want to lead the country as President of the United States. In this election, the choice is between the incumbent republican candidate Donald J. Trump, and Joe Biden, the democratic candidate and former US Vice President under Barack Obama. The choice is between two very different candidates with different visions for America’s future and leadership on the world stage. This event will discuss the election outcome’s implications for the EU and transatlantic relations more broadly. It will focus on questions such as (1) What does the outcome of the election mean for the EU? (2) How is US policy towards the EU likely to change or develop during the next four years? And (3) What themes should be at the top of the transatlantic agenda after the winner of the election is sworn into office in January 2021? 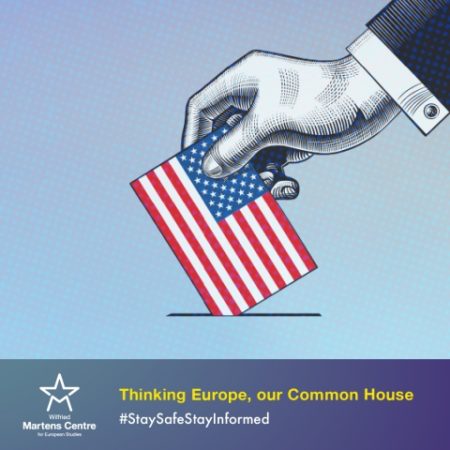