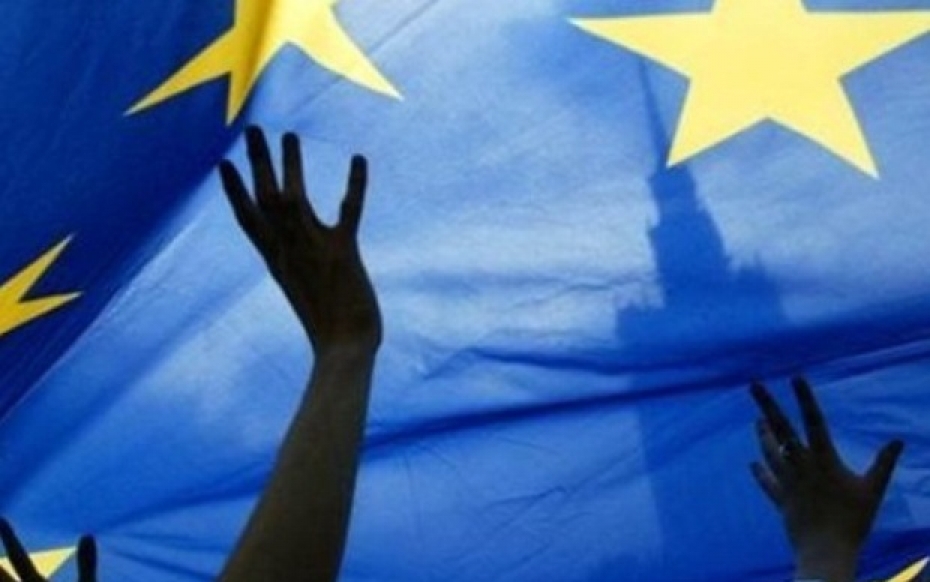 Why is there criticism of lack of democracy in the EU at this time?

One of the criticisms of the policy guidelines, laid down by the European Commission and Council of Ministers for economic policy in the European Countries, is that the European Union lacks adequate democratic legitimacy. I believe this criticism is exaggerated ,but has some underlying validity. The guidelines are ,of course, really require to be followed, not because they have been recommended by the EU, but because lenders in the commercial markets will not lend money to Governments who are permanently spending more than they are raising in taxes, or who are maintaining economic structures, that inhibit the economic growth.

Economic growth is needed to raise tax revenues, and thereby to sustain better public services. But economic growth requires the removal of rigidities in the market for jobs and services that may prevent change. Constant change is actually essential to economic growth. Change is often painful, and evokes anger. Because its advice often requires painful change, the EU is being criticised…and accused of being undemocratic.

But the truth is that, even if the EU, and the euro, did not exist, European governments with budget deficits, ageing populations and rigid economic structures, would be facing painful change at this time anyway. Neither the EU, nor membership of the euro, obliged the governments in difficulty to adopt the entitlement, fiscal or credit policies that have led to their present difficulties. But it is hard to communicate this to the electorate. Austerity would have been unavoidable one way or another.
That said, there is a need for more democracy in the EU.

What should be done at EU level?

There should, in future, be three, rather than two, sources of democratic legitimacy in the EU:

1. The democratic mandate that member state governments, who make EU policy in the Council, already enjoy from their parliaments and people

2. The democratic mandate that the European Parliament already enjoys from the people in the national constituencies, in which it members are elected. I believe there should also be the possibility that some MEPS might be elected from an EU wide constituency

3. A new EU wide democratic mandate, that a directly elected President of the Commission would enjoy from the entire unified electorate of the EU. . The President should be elected by the entire electorate of the EU, using the alternative vote system of Proportional Representation, whereby the voter would indicate an order of preference among candidates, and the votes of candidates with lower numbers of first preferences would be redistributed according to the second preferences, until one remaining candidate had achieved 50%

This new third element would create a vehicle whereby Europeans, voting all over Europe on the same day, could vote into or out of office an office holder who could help change the trajectory of EU policy. That would enhance the democratic legitimacy of the EU. It would bring the EU closer to the people. It would bring the same degree of democracy to the EU, that Europeans expect at national and local level.

We must first create a truly European electorate, if we are to have the level of common identification with one another across national boundaries, which would be essential if there is to be public support for more federal integration.
Electorates must first learn the” think European” before they will happily pool more powers.

I believe the separation of powers is an important safeguard in a Union as complex, and large, as the EU. The direct election of the President of the Commission by the people, rather than by the European Parliament, would preserve the separation of powers on the basis of which the EU has operated successfully since its foundation. This important separation of powers should not be sacrificed to the present ambitions of some in the European Parliament. Some suggest that the EU could gain greater legitimacy if the 27 national parliaments became more involved in EU policy making.
One way of doing this would be by setting up a joint committee of MEPs and national parliamentarians who could question EU Commissioners and the European Central Bank.While this might do some good, it would not close the gap between national electorates and the EU decision makers. I do not believe that greater involvement of national parliaments in European affairs will contribute much to the democratic legitimation of the EU project. National parliaments are national entities with national concerns. That is the role their members are chosen to fulfil.In any event, national parliaments are themselves facing criticism for the performance of their national roles, and giving them a new set of European responsibilities will not necessarily reassure national electorates about Europe. Furthermore, national parliaments are subject to party discipline, and will tend to follow the policy line of the national governments in the Council of Ministers, and thus are unlikely to add many new, or different, inputs from those put forward in the Council by national Ministers.

Ideally, I would favour a smaller Commission, but I do not see how it will come about in practical politics because smaller countries will not agree to give up ”their” Commissioner. A solution may be to enhance substantially the role of the vice Presidents, and attribute some of the “surplus” Commissioners to the External Action service to handle EU relations with particular parts or regions of the world.

In addition to the EU electorate, acting as a single body, electing the President of the Commission,10% of MEPs should be elected from in a single constituency of all of the EU. The question of a single EU wide constituency for a proportion of the European Parliament was an issue that the Convention on the Future of Europe was asked to consider, but it did not do so.I believe the EU will evolve a true common foreign policy only after it has evolved a common defence policy, and I believe that will happen, very gradually, and only because of financial necessity, not because of political idealism. But it will never be sustainable to have a common foreign and defence policy until we, as Europeans, feel we have common interests, and common understandings, among ourselves. That has not come about yet. I believe that it can be brought about only if we have elections that are truly European, rather than mere national elections to European jobs.