It takes the whole world to tame the monster of terrorism 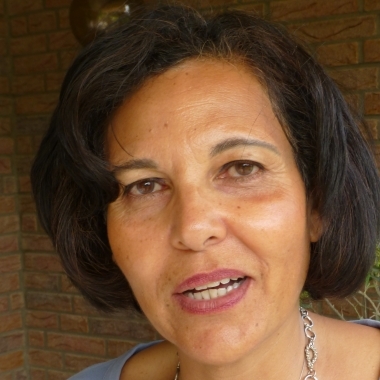 Today, the Middle East is again rent by religious/confessional strife, again embroiled in conflicts pertaining to the relationship between the sacred and secular spheres. Religious fundamentalism is pitted against assimilation into the globalised modern order. It seems like nothing has changed since Judas Maccabee led the fight of fundamentalist Jews against assimilation into the cosmopolitan order of Hellenism.

This time, the protagonist is Islam, the third of the Abrahimic religions, but the stage of conflict is the whole world. The Maccabee revolt, in the second century B.C. was a localised affair, with regional ramifications. The thirty years’ war, which ultimately contributed to the disengagement of the secular and the religious for the second Abrahimic religion, namely, Christianity, was a much broader affair. It spanned the whole of Europe; part civil war, part war by proxy, it presents a continental model, partly foreshadowing the current global conflict.

Like the Maccabee revolt, the islamist resistance to integration into the secular order of modernity is both a civil war, raging within Islamic societies between religious radicals (in Greek terminology, zealots), and liberals (in Maccabee terminology, irreligious), as well as an international war against the foreign powers, perceived as their patrons, (the Hellenistic state of Antiochus Epiphanes, western states, especially in Europe). In both cases, the ire of fundamentalists was roused by adoption of secular values, the Greek gymnasium, or western dress and education. Islamic fundamentalist refusal to compromise on the Law, sharia, echoes almost to the letter, the Maccabee position.: “Even if every nation living in the king’s dominions obeys him, each forsaking its ancestral religion to conform to his decrees…we will not follow them: we shall not swerve from our own religion either to right or left.” Maccabee Book I also tells us that Judas went through the towns of Judah eliminating the irreligious from them.

The current conflict is two-fold. There is the hard bloody war against armed extremists, like the IS, al Qaida, Boko Haram, etc. Perhaps more significantly, the whole world is involved in a soft Kulturkampf to determine how much of the letter of the Law, sharia, is compatible with the principles of the modern constitutional state, and with the humanistic values of contemporary society. It concerns issues of women and minority rights, the penal code and freedom of belief and expression. On a shrill note, it also involves a philosophical dispute about the human body, as object of pride or damnation, which has its roots in antiquity. It may seem trivial that the controversy about swimming lessons, the hijab, burqa, and more recently, bourkini, have captured the limelight in the current conflict. But let us remember that the Maccabee resentment was sparked by the introduction of the Greek gymnasium, where nudity was in the order of the day.

The ideological and military aspects of this global conflict are inextricably bound. The leveling effect of modernity (anticipated by Hellenism), which espouses the principles of equality and universalism are anathema to all particularistic groups, and ideologies which claim superiority on religious, doctrinal or racial grounds (chosen people, proletariat, master race, etc.). The three Abrahimic religions share a world-view which claims distinction for their followers through possession of absolute, because revealed, truth. This sense of superiority can imply disdain for, if not abhorrence of the ‘Other’, an antagonistic potential which can easily be manipulated by militants to justify violence, (in the form of the Jewish Ban, Christian holy war, Islamic Jihad).

Depriving militants of doctrinal cover for their violence requires an effort of introspection and doctrinal revision. While Reformation and enlightenment have helped reconcile the Judeo-Christian mainstream with the universal scheme of modernity, Islam has largely failed to undergo a similar renewal. Tentative efforts in that direction, particularly intensified in the first half of the 20th century, have unfortunately been reversed in recent decades. Two factors have contributed to this setback:

In hindsight, it may appear that the oil age has caused a sea change in the geo-cultural map of the Middle East, perhaps comparable with the diversion of the trade routes to the Cape of Good Hope, in the sixteenth century. While the latter has caused primarily economic demise, the former has produced a cultural eclipse.

The oil bonanza of the second half of the twentieth century has removed the political and cultural centre of gravity in the Middle East from its historical locus, Egypt, with over a century of reform (1820-1950) to the Arabian Peninsula, untouched by modernisation and westernisation till as late as the 1960s and 1970s. Western technology and western economic interests, namely, the thirst for cheap oil, has put undreamt of resources at the disposal of the stringent schools of Wahhabism and Salafism, turning them from a primitive fundamentalist fringe to a powerful ideological stream, transcending the borders of Islamic states, and ironically, inimical to western values.

The part of the West in the rise of militant Islamism is, however, not only a tragic, accidental by-product of blind interest-mongering and technical savoir-faire. Equally responsible are the misguided realpolitik, and opportunism of American foreign policy. For decades, the United States has fostered Saudi Arabia, in total denial of its own liberal values. During the cold war, but especially, starting with the Afghan war in 1979, the West has not shied from using jihadi groups, feeding on Saudi ideology and funds, to thwart Russia and its regional authoritarian proxies. Everyone is paying the price of this cynical support.

As the world strives to contain religious totalitarian ideology and the terror it has unleashed, it is unwise to escalate militarily and slacken intellectually. Opening a window for so-called moderate Islamism, by accommodating some of its seemingly harmless demands, like the dress-code, in the name of tolerance, smacks of appeasement. Measures of unfreedom cannot be justified in the name of freedom. Or in Karl Popper’s words, “Unlimited tolerance must lead to the disappearance of tolerance.”