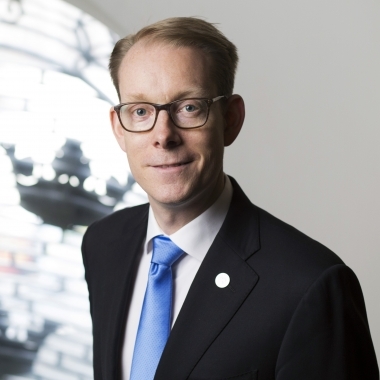 From 2006 to 2014, he was Minister for Migration and Asylum Policy in the Reinfeldt Government, at the Ministry of Justice.

Tobias Billström served as Vice President of the European People’s Party (EPP) from 2012 to 2015. He served as the First Deputy Speaker of the Riksdag from 2014 to 2017. His focus has been on issues concerning justice, security and freedom for European citizens.