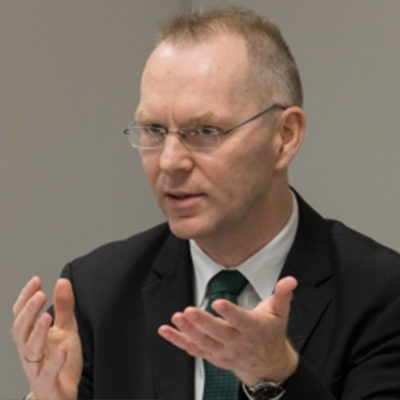 Peter Fischer-Bollin has been Head of the Konrad-Adenauer-Stiftung Division Analysis and Consulting in Berlin since January 2020. Born in 1966 in Westphalia he did his military service in 1986/87. He holds a Master’s degree and a Ph.D. in Political Science, History, and Constitutional Law from the University of Mainz, Germany. He has taught Democratic Transitions and Political Systems at the Landivar-University in Guatemala, the University of Bonn and the Humboldt-University in Berlin. After working for some years in the Bundestag and the private sector he joined Konrad-Adenauer-Stiftung in 1996. Since then he has worked for the foundation abroad and at its headquarters: as Representative in several Latin American countries (El Salvador, Guatemala and Brazil) and back in Germany as Head of the Department for Europe/North America from 2004-2007 and Head of the Human Resources Department within KAS from 2012-2017. In 2011/12 he worked for the CDU state-organization in Northrhine-Westphalia. 2017-2019 he was a Deputy Head of KAS’s Department for European and International Cooperation.

In his current position, he is in charge of coordinating the departments working on current and future political challenges. They aim at providing analysis of politics and consulting German, European and Global Policies with an integrated approach.