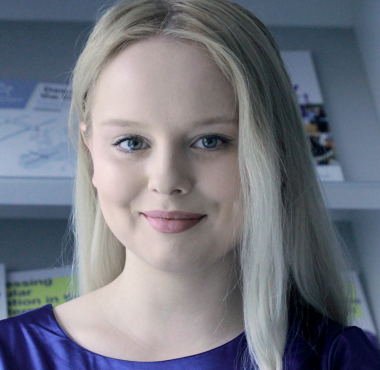 Pavlina Pavlova is Deputy Secretary General of European Democrat Students, the official student organisation of the European People’s Party. Prior to this, she has gained work experience at the Wilfried Martens Centre for European Studies.

Pavlina is a recent graduate of the Catholic University in Leuven with an MA (hons) in European Studies: Transnational and Global Perspectives. She wrote her master thesis on the topic of political and economic nationalism in the EU, analysing the strategic importance of EU membership in the campaign for Scottish independence. While studying in Leuven, she was a co-editor of an international student publication and interned at the office of Slovak MEP Miroslav Mikolasik.

In September 2014, Pavlina joined the EPP Group in the European Parliament to support the work of the policy advisors in the Committee on Internal Market and Consumer Protection for a period of four months. Before coming to Belgium, she studied at Charles University in Prague and gained work experience in both the public and private sector.

Besides her native Slovak, Pavlina speaks English, conversational Russian and has a passive knowledge of Polish. She is currently learning French. Pavlina is an active member of Civic Democratic Youth in Slovakia and her areas of interest include political marketing and communication, electoral participation, Europeanisation, nationalism and sub-national identities.